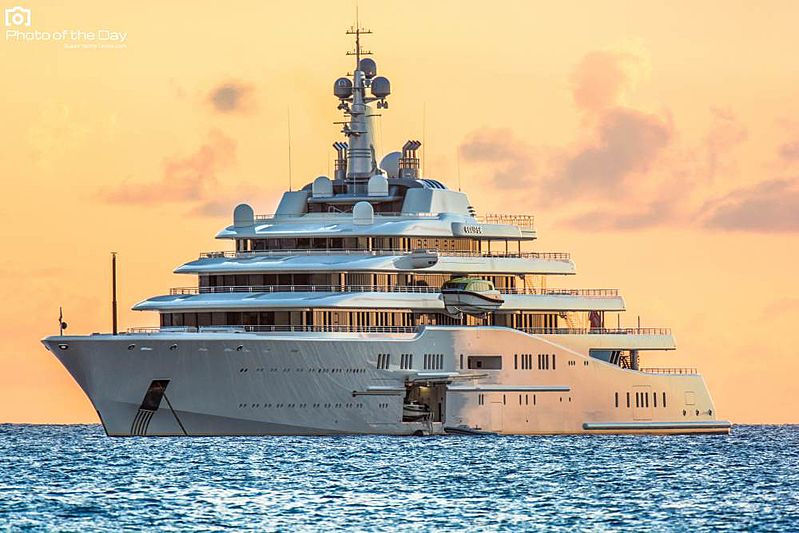 The superyacht Eclipse 162.5manchored in the waters of the Caribbean

Built by German shipyard Blohm & Voss GmbH and launched in 2010, the 162.5-metre Eclipse was known as the longest superyacht in the world at one time, a title that now belongs to the 180-metre Lürssen superyacht Azzam. Seen here anchored in the tropical waters of the Caribbean, she comfortably caters for 36 guests and can carry up to 100 crew members. Her bright beach house inspired interior is the work of Terence Disdale, who also undertook the design of her iconic exterior. Some of Eclipse’s most impressive features include a massive 200m² swim platform, a large pool on the main aft deck and two helicopter landing pads.

In Pictures: the 162.5m Eclipse arriving in Gibraltar