Home > News > The yacht support vessel Axis in the Bahamas 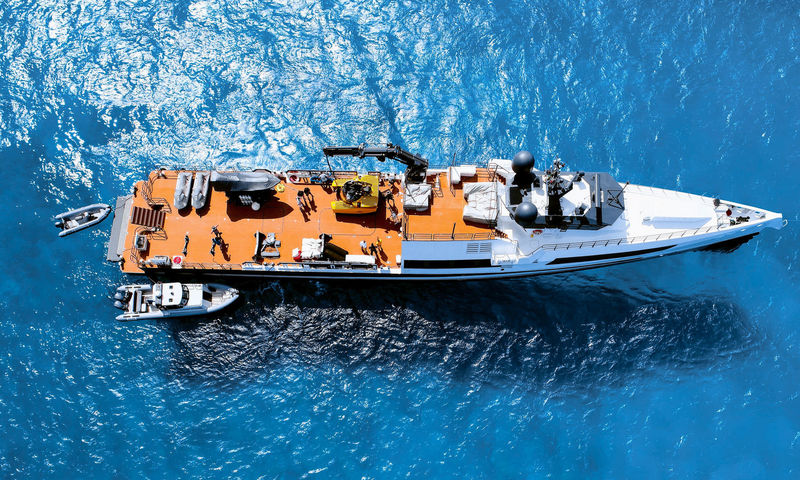 Axis in the Bahamas

The 55.3-metre yacht support vessel Axis was launched at Damen in the Netherlands in 2016 as Fast & Furious and was sold to her owner following the 2016 Fort Lauderdale International Boat Show. Now named Axis, the yacht is being used as intended by carrying a fleet of watersport craft, tenders and exploration equipment. Recently spotted in Adelaide in the Bahamas, here Axis is seen with her Triton submersible on deck along with jet skis and other high-speed tenders.