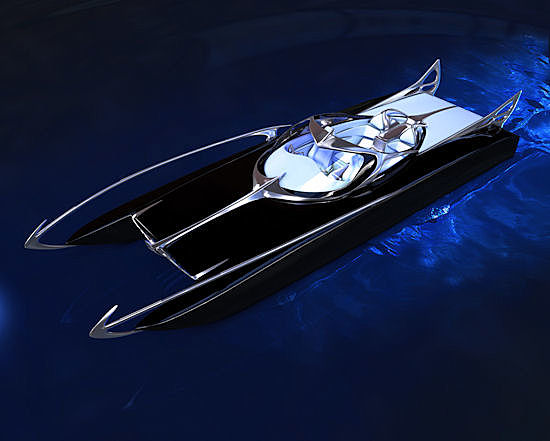 The Mugler Studio focused on recreating interior and exterior, resulting in a retro futuristic Spire Boat, inspired by the muscle cars of the 1950s. The classic version of the Spire Boat will be presented at the upcoming Monaco Yacht Show, as well as an exclusive preview of Thierry Mugler’s designs for his take on the Spire Boat.

The Thierry Mugler Studio previously redesigned the lines of the Gentry Eagle, once the fastest yacht in the world.