The third hull in the Amer 94 series from Amer Yachts, part of the Italian Permare group, has been sold in an in-house deal. Featuring naval architecture from Massimo Verme and an interior from Stefano Tini, she is currently in the first phase of construction and will be moved to Viareggio in January. 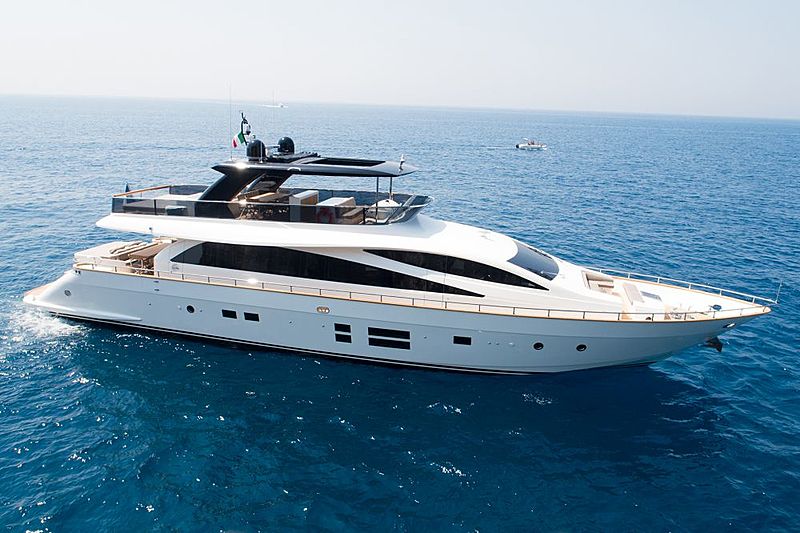 Named Save The Sea, she is scheduled for completion in July 2017 whereafter she will attend both the Cannes and Genoa boat shows later in the year. The Amer 94 has been specifically designed for the use of Volvo’s revolutionary Penta IPS propulsion system. Combined with smart naval architecture, this allows the 94 to reach double the maximum speed of a displacement hull, with decreased levels in noise, emissions and vibrations.

Amer Yachts tells SYT that she features a four cabin layout and is being built for an experienced client who commissioned the build following sea trials on board one of Save The Sea’s sisterships. The team comment: “Limited production of just a few units per year permits Amer Yachts to retain the high standard of luxury and well finished detail our boats are known for. This marks the difference between an Amer yacht and a serial production boat, between a family business and an industrial company.”

Also currently under construction at Amer Yachts is the new Amer 110, also scheduled for delivery in 2017.