With two online auctions already successfully completed, attracting bidders and catalogue entries from all around the world, the directors at The Yacht Auction.com are preparing for the third to be held on the 20th June. “Our second auction produced some very interesting results and at this stage we have two motoryachts under offer.” said Director Andy McDougall.

“There has been some scepticism to the process but we have silenced our critics with a flurry of registered bidders and with some of the bidders only falling just short of the reserve price. As a result we have been able to continue further discussions between the bidders and the owners and we are currently in a number of serious negotiations.” added McDougall

“Brokers are now becoming aware of the advantages of the online auction process as they can now enter their clients’ yachts without affecting their commission structure and are starting to come on board. In addition to this - feedback received from buyers, yacht owners, banks, and brokers has suggested that a notional fee allowing an easier entry for bidders would work better, so we have decided to reduce the bidder’s entrance qualification to £500 initially. On winning the auction this becomes part of the deposit that must be placed contractually – if the bidder however is unsuccessful it is refunded” commented fellow Director James Fordham.

“We have always said we are in this for the long term unlike others who have tried the old traditional auction for yachts and fallen down after their first attempt. We will continue with a strong marketing campaign and work closely with individuals ,financial institutions, and yacht brokers alike - to develop and strengthen our unique online yacht auction .” further commented Fordham. 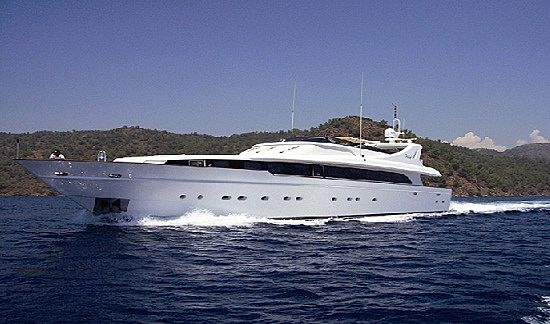 Larger and higher value yachts are entering the auction catalogue and the third auction will include the 40m superyacht M/Y Hulya.