Baglietto has today announced the sale of its third 47.6-metre Baglietto 48 T-Line flagship yacht. Referred to as hull number 10233, the vessel is currently under construction at the Italian shipyard’s La Spezia facility and will be delivered to her South American owner during the summer of 2021. Camper & Nicholsons’ International New Build Division, the owner’s technical advisor and the project manager are supervising the project. 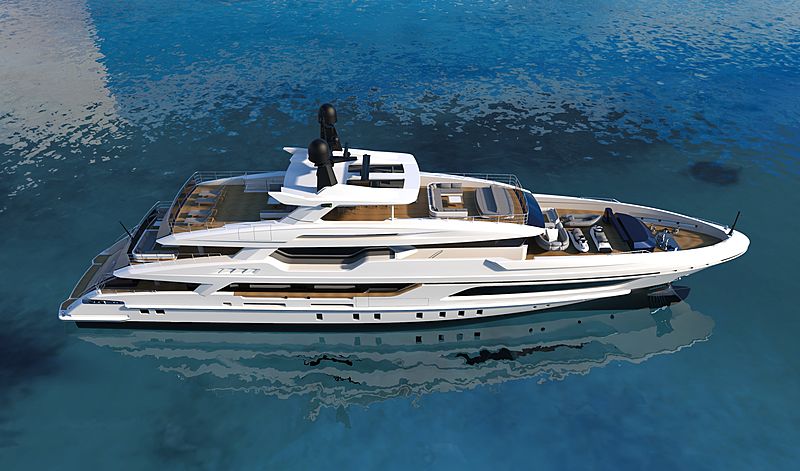 Sporting a Francesco Paszkowski exterior design, the experienced owner worked closely with the Italian designer to add some personal stylistic and functional touches. The 499 GT Baglietto yacht has a steel hull and aluminium superstructure and boasts generous interior and exterior spaces including a 140-square-metre sun deck.

The stern features a pool with tanning beds, while guests can opt for shade by the lunch area with a roll-bar, coffee-bar, BBQ grill and refrigerator which is directly connected to the galley. Forward of this area is also a sunbathing lounge. The rounded shape of this deck offers a 360-degree scope of the surroundings and enhanced by glass bulwarks. 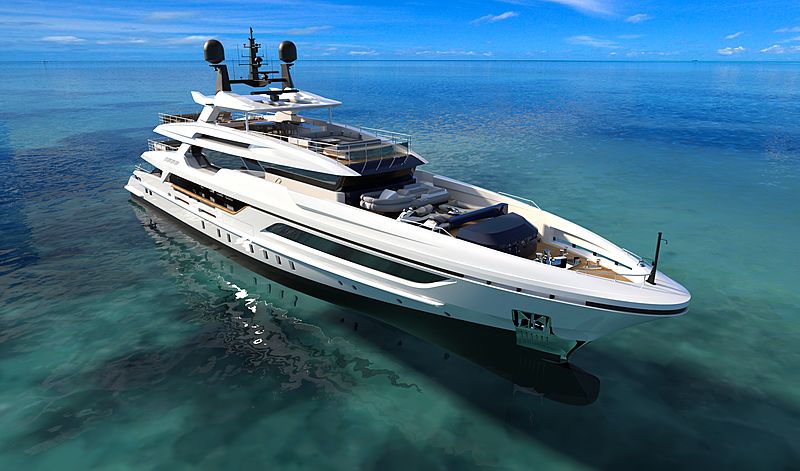 Photo: Baglietto SpaAlternatively, guests can make use of the 46-square-metre large aft beach club which features a relaxation area, spa with a well-equipped gym and a steam bath. 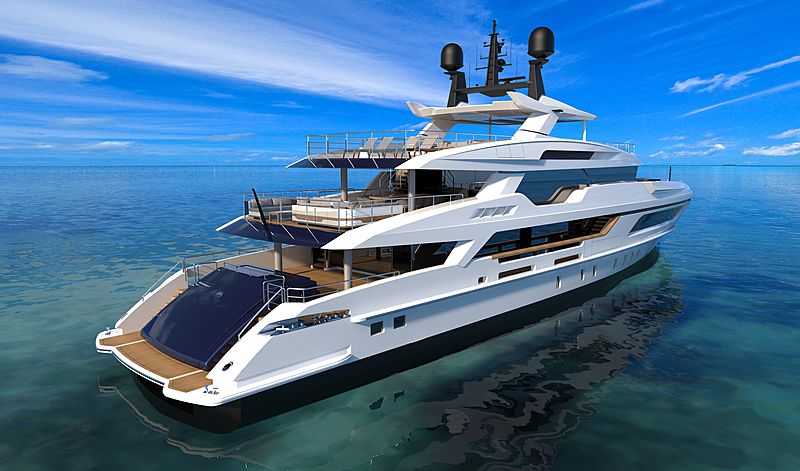 Photo: Baglietto SpaUnlike her two sisterships, the Baglietto 10233 sports a different upper deck configuration allowing for a larger sky lounge which extends to the outside via semi-circular windows. This layout creates a winter garden where up to 12 guests can enjoy an ambient dinner under the moonlight. 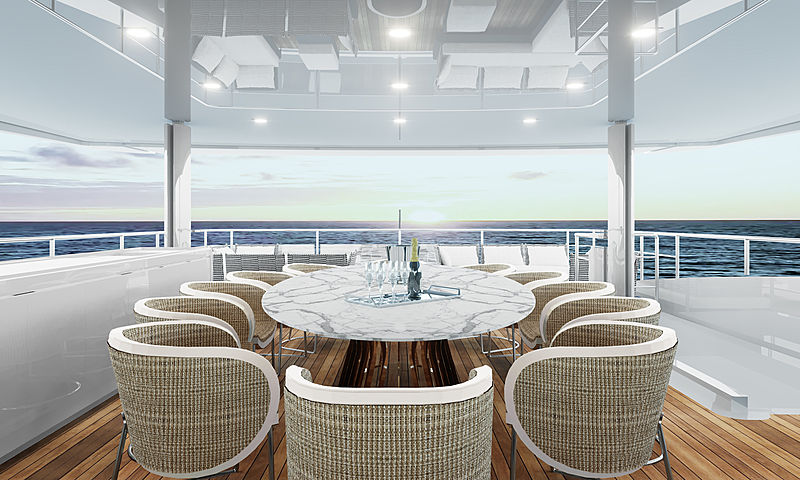 Photo: Baglietto SpaLarge, full-length windows with no obstructions run throughout the upper and main deck which allows for uninterrupted sea views and for an abundance of natural light to flood the interior. As per the owner’s request, a glass lift connects all three decks. 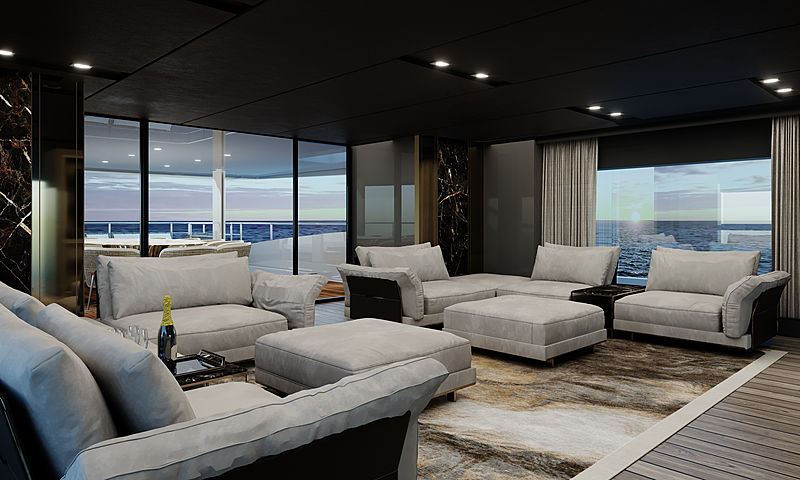 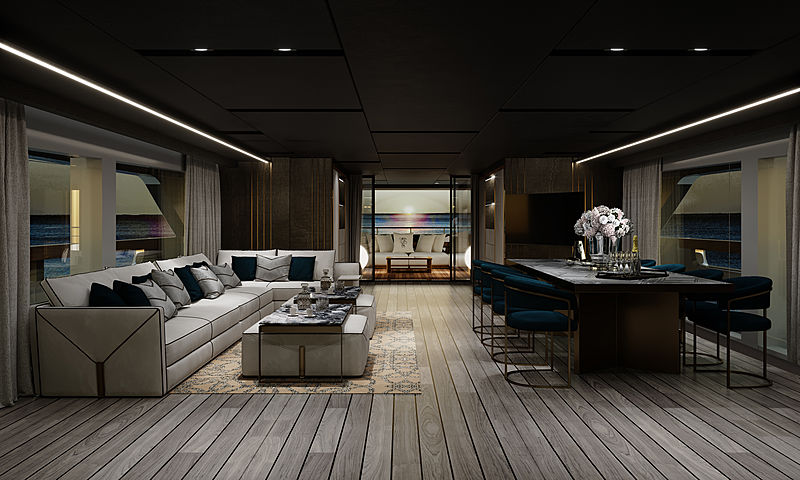 Photo: Baglietto SpaUp to 12 guests and a crew of nine can sleep on board this Baglietto 48 T-Line yacht. In accordance with her owner’s demands, the lower deck houses two large guest cabins which can transform into four double cabins via a sliding partition wall. This way, the owner can have three opulent master suites. 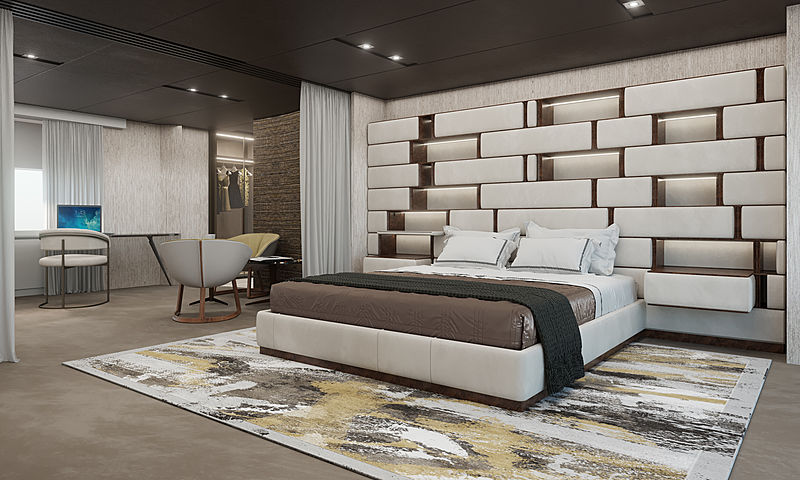 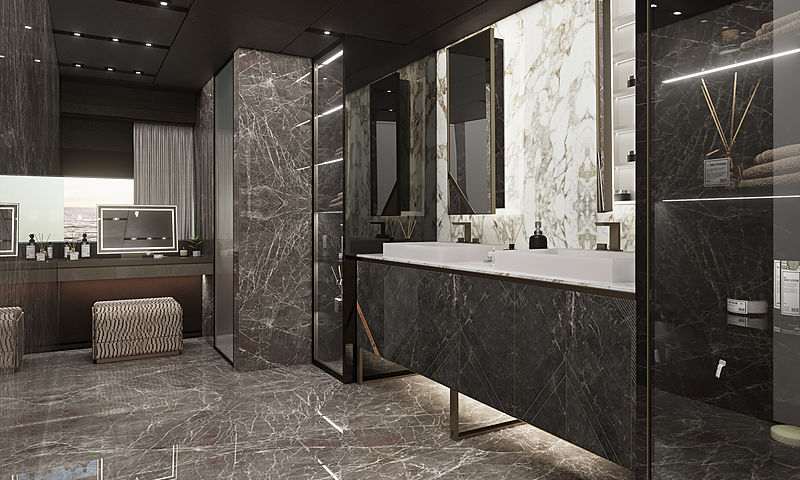 Photo: Baglietto SpaThe yacht’s tenders and two jet skis can be housed in the bow. For the Baglietto 10233, the customary MTU 12V2000M72 engines have been slightly de-rated from the previous models in order to reduce carbon emissions without losing performance, leaving the yacht with a cruising speed of 12 knots and a top speed of 15 knots. 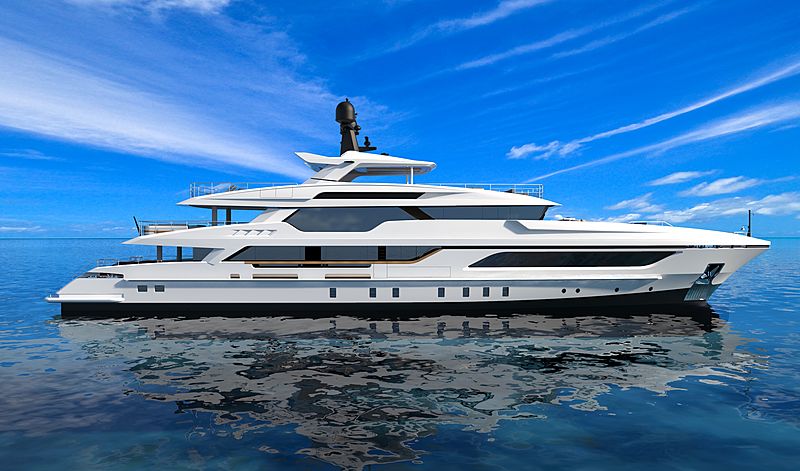