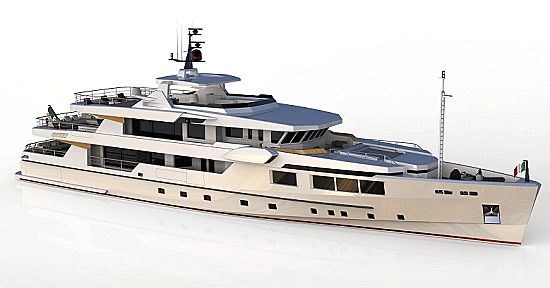 With 699.74 metres, 78,839 Hp, 32,710 nautical miles, 19 new models from 60 feet to 60 metres, 3 steel and aluminum lines, 2 composite lines and a new sailing line- Tecnomar presented its plans for the future and the new fleet earlier in the year. These new models have now proven to be a great succes.

Founded in 1987, Tecnomar has launched over 270 yachts and established itself as a well-known Italian superyacht builder.