Fog delayed the start of the first race of the UK J Class Regatta series 2012, postponing the 1200 start, positioned one mile south of Pendennis Point, by one hour. By twelve o clock, the sun was still struggling to break through but visibility had improved enough to get the UK regattas underway. As 1300 approached, the number of spectators on the water grew towards the hundreds. Almost all spectators kindly complied with the race officers’ request to keep the start line clear. 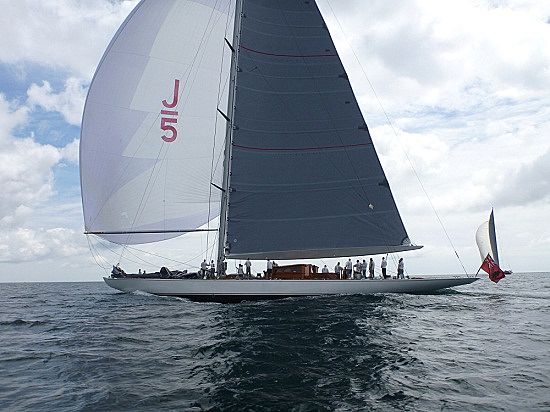 After the ten minute gun, the yachts started circling and manoeuvring for the best starting positions, the atmosphere getting more and more tense as the minutes ticked away. The last few minutes were thrilling for all spectators. 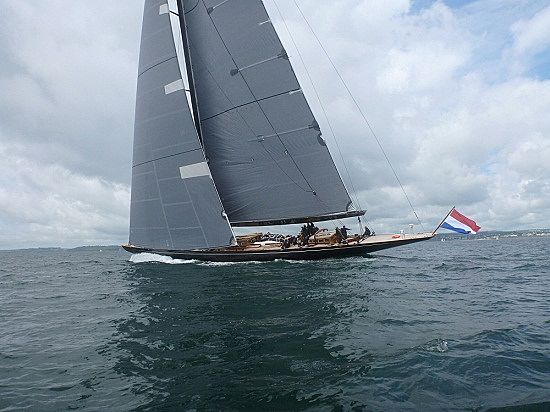 At the start, the boats split into two sections; Lionheart and Ranger at the end of the line, and Rainbow and Velsheda at the port end. 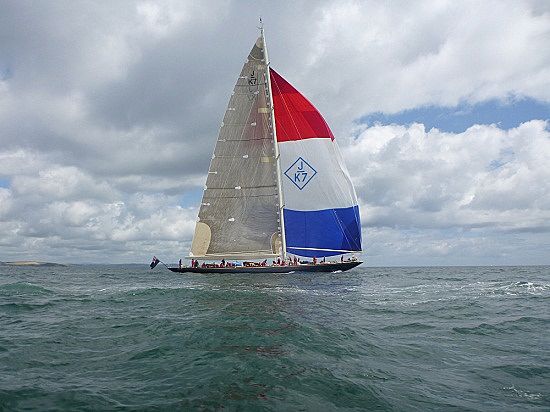 As they accelerated towards the windward mark at Helford River, the support ribs and spectator fleet gamely tried to keep up. 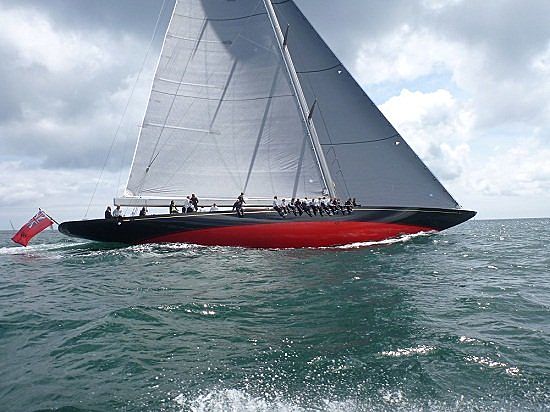 Ranger, who had sailed on the seaward side of the course, managed to pull in front by a few boat lengths and by the time she’d rounded the windward mark had stretched her lead to 200 metres, along the short spreader reach, turning downwind and launching her 10,000 sq. Ft. Spinnaker. 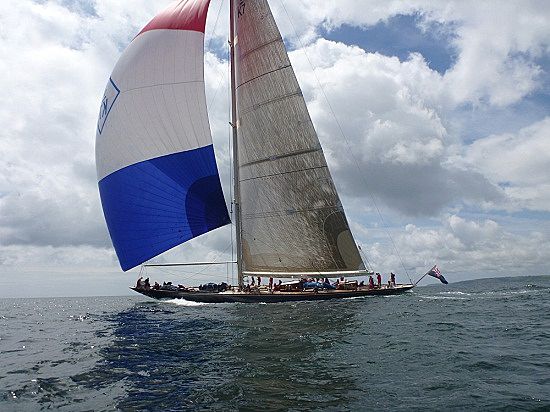 Lionheart was next around the mark, but after an early gybe she ran into a spinnaker problem and was forced to drop it on deck and launch another, smaller spinnaker. This proved costly as she slipped to last place further down the leg. 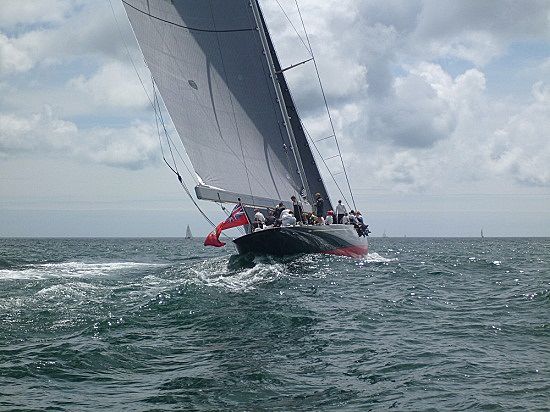 Meanwhile, Velsheda and Rainbow sailed with spinnakers offshore, picking up a fresh wind from the seaward side and by the end of the leg, with freshening wind, closing the distance on Ranger.

After around 2.5 hours of racing in various wind strengths across the bay, the race was shortened, with Ranger crossing the line first, comfortably ahead of Velsheda and Rainbow, with Lionheart some distance behind.