A delayed start on day 3 of the Pendennis Cup was to provide ideal conditions for another fantastic days' racing with the winds filling in from the north and blue skies. The yachts paraded around the bay providing another beautiful spectacle off the coast of Falmouth. 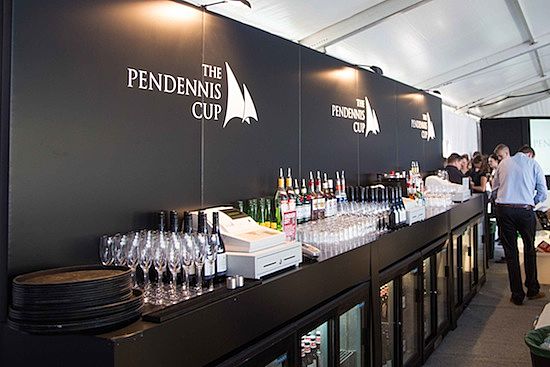 Day 3
Kelpie was first across the line, followed 3 minutes later by Velacarina, Adix, Mariette and Christopher and the Breakaway. As they made final approaches, all three passed dramatically close to the start buoy making for one of the most exciting starts of the week. The yachts flew northwards towards St Anthony’s Lighthouse, and then took a starboard tack towards the first ‘Tango’ mark. Breakaway flew off the start line, quickly gaining on the classic yachts, passing Mariette and Adix on the beat. 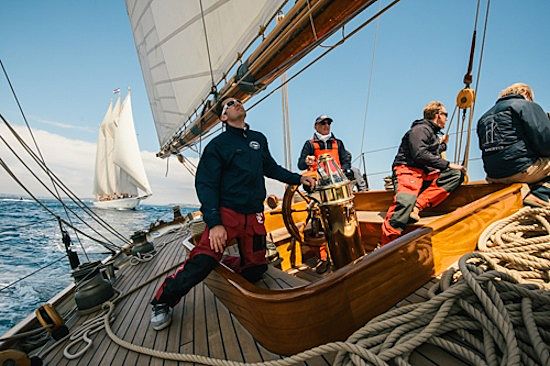 Velacarina soon took the lead of the group which she maintained for the next hour. She held her bright orange kite down to the Manacles buoy ahead of Christopher with her famous red chilli ballooning in the breeze. Breakaway followed not 5 minutes behind her maintaining a 12knot pace. The classics looked spectacular behind them, Mariette launching her spinnaker with Kelpie and Adix battling each other on the downwind leg. They maintained this order down to the Manacles, accompanied again by a beautiful pod of dolphins with Kelpie and Adix having the closest battle. 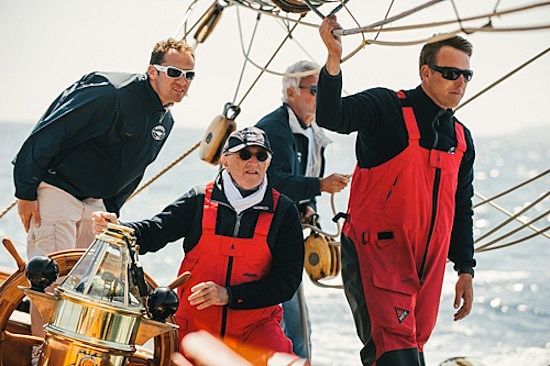 Velacarina appeared to have the advantage but was caught by Christopher and Breakaway on the last turn at the ‘Old Wall mark. Racing was tight as they all tacked to port within a minute of each other towards 'Gylly Beach'. Christopher was closely pursued by Breakaway until the finish line, crossing the line less than a minute after the larger yacht. Velacarina was close behind her rivals in third and stole the race victory by just under 30 seconds on corrected time. Mariette was the next to finish with Adix and then Kelpie following. 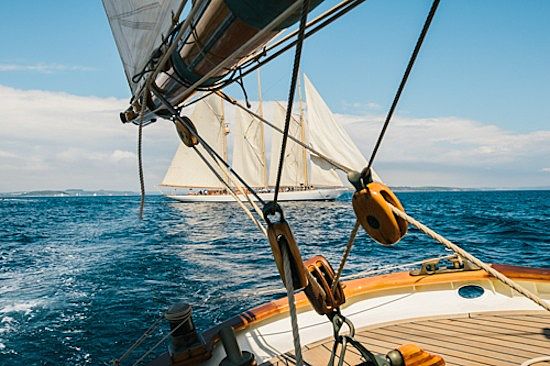 The Little Dennis fleet was once again a closely fought race, but it was once more to be Firebrand’s day as she controlled the fleet throughout. The beautiful smaller classics have provided a gorgeous site in the bay, with colourful spinnakers flying closer to shore.

The tight racing throughout Day 3 leaves Velacarina in first place overall on amended time, but with just 2 points separating the leading yachts Velacarina and Christopher. Tomorrow will be an exciting day with all to play for and of course the finale of the red arrows to look forward to. 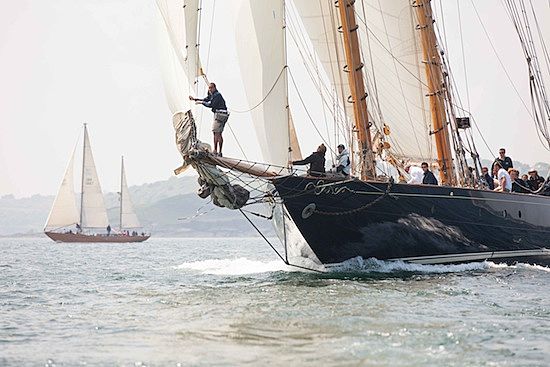 Day4
As the yachts waited in anticipation on the still waters of Falmouth Bay a party atmosphere prevailed, with water balloons and cannons firing off throughout the fleet during build up start of the fourth race of the Pendennis Cup 2014. It seemed as though there would not be a contest at all as the wind held off, but just 15minutes before the race was due to be called off an off shore breeze started to build gradually edging across the bay – the final race was on! 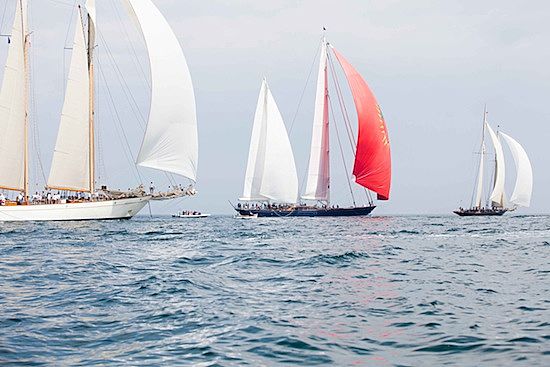 A short course was drawn up by the Race Committee, with the initial leg sailing into the ‘Gylly Beach’ mark. Gusts of 12-14 knots combined with the shortened course created exciting close- quarters racing surrounded by a building spectator fleet in anticipation of the Red Arrows display. Velacarina had a great start flying first around the ‘Old Wall’ mark, sailing down to ‘Tango’. Kelpie, who was helmed by her Owner for the first time during the regatta, performed excellently. This lead pair were closely followed by Christopher, then the impressive schooners Adix and Mariette with Breakaway gaining from behind. 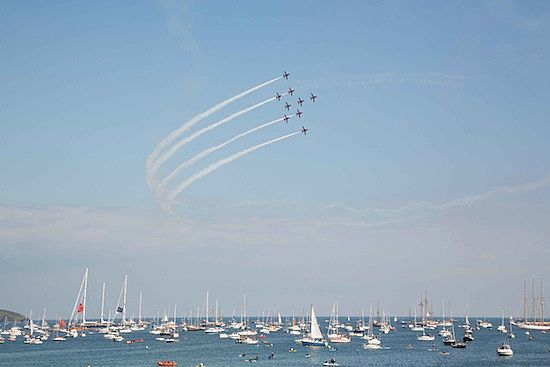 With tight sailing throughout the yachts rounded ‘Tango’ in dramatically close succession. However, it was to be Velacarina’s race, maintaining her lead throughout, storming first over the finish line and taking victory of the 2014 Pendennis Cup. Kelpie achieved her best result of the week, taking second place on corrected time, pushing her ahead of Adix and Mariette making her fourth overall and winner of the Spencer Rigging Schooner award. Christopher completed the week in second place overall, after her first week of racing in the UK. She was awarded the Ward Williams prize for Starting Prowess, with an impressive average starting record of just 7 seconds within her allotted start time throughout the week. 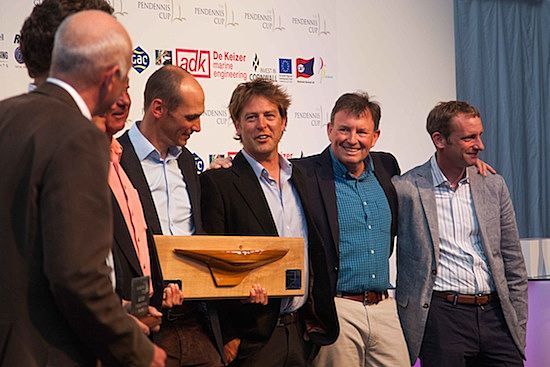 The competition between the Little Dennis yachts was no less exciting. The elegantly beautiful fleet of smaller classics had been closely matched all week, with Firebrand and Cerinthe tussling for the lead on each race. All yachts were tight around each mark, with the final elapsed time less than 4 minutes between the first and last boat. Firebrand completed Race 4 just 20seconds ahead of Cerinthe at the final gun, but on adjusted time first place went to Cerinthe by a mere 20 seconds. Although Cerinthe and Firebrand finished the regatta equal on points it was to be Cerinthe’s victory, awarded first place in the Little Dennis Cup on the race count back system.