The 29-metre Tigre D’Or has been sold, Peter Insull’s Yacht Marketing has today announced. Her new owner is the British yachtsman and entrepreneur, Peter de Savary, who has renamed the vessel Savvy and intends to use her to cruise the canals and rivers of Europe. 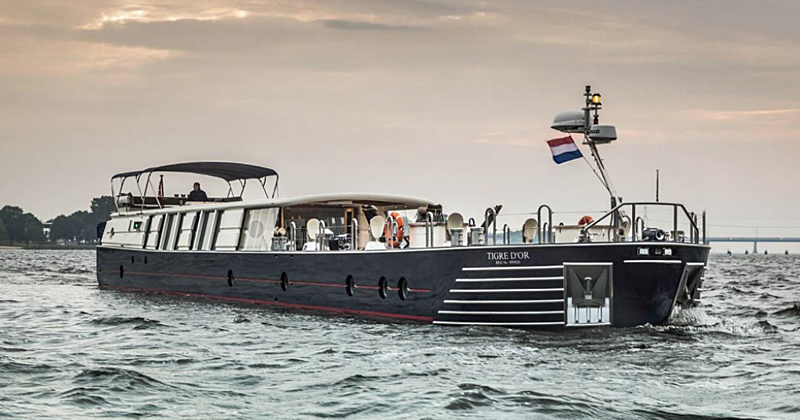 Built in 2004 at Hakvoort, Savvy accommodates six guests over a full beam master suite and two twin cabins. Peter Insull’s Yacht Marketing - who represented the buyer in the deal - comment on their involvement: “Here at Insull’s we have been fortunate to have been involved with many major yacht projects, both in brokerage and new build consultancy, notably the sale of the 75-metre Leander and the contracting of the 96-metre Vertigo project (now delivered) with Royal de Vries, Makkum. I really enjoy the association of a yacht that is outside of the norm which offers something different. Tigre D’Or ticks all the boxes for me.”

Burgess represented the seller in the deal.