On 28th June a unique event took place at the Timmerman Yachts shipyard. In the presence of the owner’s representatives and management of the company the launching of the first 45m transatlantic superyacht built in Russia was performed. The yacht is built in the framework of the Timmerman 45, developed by Vripack Yachting. 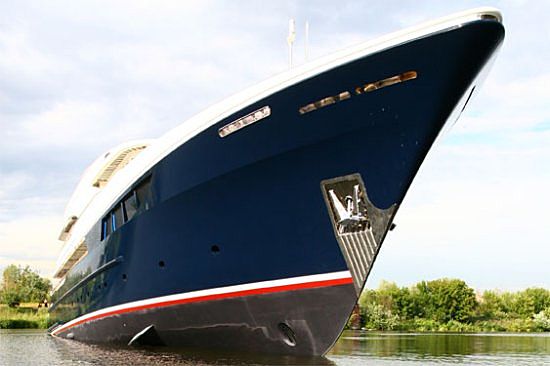 Interiors in the style of “sea romanticism” were designed by English studio Bannenberg Designs Ltd. The navigation region of the yacht is unlimited, the specially enforced hull will make it possible to run through broken ice. Owing to warmth saving windows and the contemporary climate system of Heinen & Hopman, the guests will feel comfortable at overboard temperatures from –20 to +45 °С.

The four deck vessel with a steel hull and aluminium superstructure was built under the supervision of Det Norske Veritas (DNV) and completely complies with MCA requirements. The yacht has a classical layout with five guest and five crew cabins. 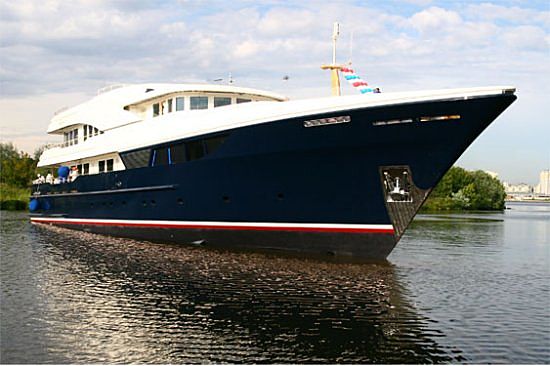 The two 537 kW Caterpillar 3412E diesel engines enable the yacht to run at a speed of 13,5 knots. She has a range of 4.000 nm. This will not only make it possible to cross the Atlantic without problems, but also to make a round the world trip with just refuelling five times. Other specific features of the yacht include a landing platform for a helicopter and all interior works were done by Sinnex (Аustria). Аudio-video system (AV) based on AMX with cordless control was integrated with LINN components and acoustics (Scotland), the company which is a supplier of English Royal Household.