Home > News > Tommaso Spadolini: “My work is my passion”

Tommaso Spadolini is one of the most revered designers in the superyacht industry. This year sees the Italian designer and architect celebrate his studio's 40th anniversary. Throughout his illustrated career Spadolini has worked with a number of leading companies, including Baglietto, Rossinavi and Wally. 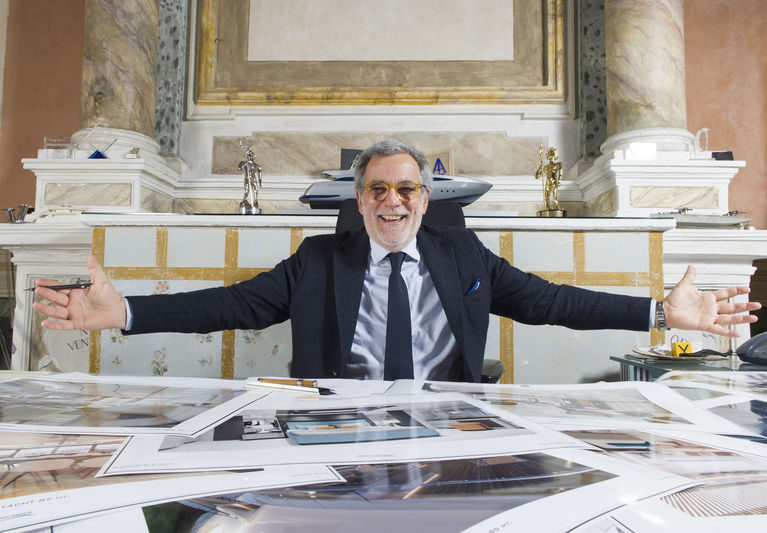 But it was no mere coincidence that Spadolini became a yacht designer, as his introduction to the industry came at an early age. Son of famous architect Pierluigi Spadolini, who created the iconic Akhir range for Cantieri di Pisa in the ‘70s, Spadolini's interest in yachts began with his father's passion. “As a child, I would go along and visit the shipyard with my father. I’ve always had a connection to this world,” he explains to us. While some may wonder if being the son of a renowned architect may cast a shadow over Spadolini’s own career, the opposite proves to be true. Spadolini has been incredibly successful on his own, designing a complete lineup for Canados from 58 feet to 85 feet, with a total of 107 yachts being built between 1984 and 1992. That same year he was selected from a pool of seven international designers to design Fortuna, the private yacht of the King of Spain. Over the years he has designed several other custom projects, including the Baglietto 138’ RC and the 27-metre Freedom for Italian designer Roberto Cavalli. 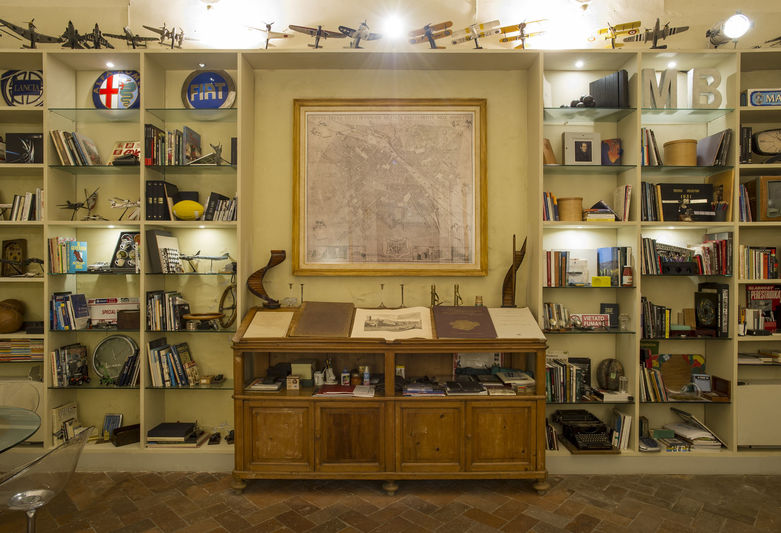 “Many of my clients ask me to design their office or their home after I design their boat because they want me to finish their dream,” notes Spadolini. “Which is very beautiful to me because my work is my passion.” With four decades of experience, Spadolini has witnessed first hand some of the changes taking place in the industry. Although some things, such as owners overall knowledge of yachting specifics has changed, one thing hasn’t. “My relationship with the owner is always very personal. Whoever is approaching the office is looking for Tommaso, so they are looking for my design, my style and my taste.”

With four decades of experience in the industry, what are some of the key changes you’ve noticed in client behaviour and requests over the years?

The main difference I see between clients today and back then is the type of ideas coming from the owners. The latest generation of clients has new ideas and fresh thoughts on different kinds of ownership which they have brought to the market. While in comparison owners from 40 years ago, or any past generations had more traditional ideas.
More recent clients have also asked me to design other things for them as well. When a client has a good dream, then the architect is in a good position to continue collaborating with the rest of the family. For example, I designed a boat for a father and afterwards, he asked me to design a boat for his children. It is important to me to have an ongoing relationship with my clients family, because of the personal relationship I build with them - my relationship revolves 360 degrees around the family.

We’re sure that you’ve had many memorable milestones throughout your career, like designing the 41.5m Fortuna (now Foners). Can you tell us more about this experience?

I remember the first time I was contacted by the King’s representative - they called me from Spain in 1991. The representative gave me the size, the beam and the brief - a fast boat. In February 1992 I presented my initial idea and one month later, I received a call to my office. The man on the phone said, “excuse me Mr Spadolini is it possible to organise a trip to Madrid to meet with the owner of the boat?" I went and I met the King of Spain for the first time on April 28, 1992. We had lunch together in his private residence during which the King said to me: “Mr Spadolini, your design is very beautiful. Please start work on the definitive idea."
My next presentation for the King’s representatives, with the first 3D model of my design, took place in July 1992. I flew back to Madrid, with the small model inside of my baggage, and showed them the preliminary design. Afterwards, I received the delegation from the King of Spain, which marked the start of my good experience working on the project. I created the exterior design - the engineering and naval architecture was done by Donald Blount and Celeste Dell'anna created the interior decor. Fortuna is a very technical boat - a lot of technology went into her design, especially into the turbine and wind tunnel, which were needed to achieve the high levels of speed required. Her exterior design was not just about style - her shape and form had to be aerodynamically correct, which proved to be a good challenge for me because I had to design more than a just beautiful yacht.
Overall, it was a very beautiful experience working on her.

Rosetti revealed its first 85m concept at the end of last year, which you claimed was the most "iconic yacht" you’d ever designed. Can you tell us a bit about your relationship with Rosetti and how this design stands out for its authenticity?

My relationship with the Rosetti shipyard is built on my friendship with Fulvio Dodich, CEO of Rosetti. We have been friends for over 20 years. Although we have known each other for a long time, we never worked together - even though everything needed for a good collaboration was there.
The driving force behind the Rosetti 85m design was our intimate friendship, which helped and inspired me to create something new. This new project also reflects the heritage of the shipyard, which has more than 100 years of experience, as well as my own heritage and culture as an architect and designer. It also reflects my passion for the sea, making it unique to me. 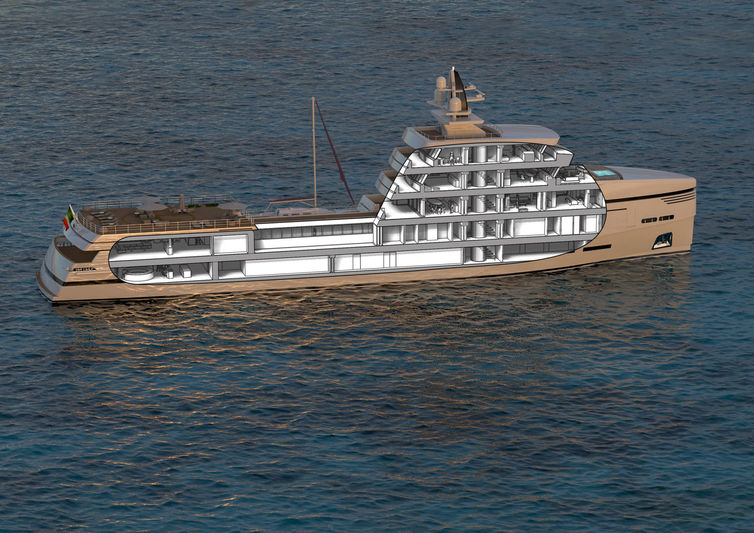 You designed Roberto Cavalli’s Baglietto 138’ in the early 2000s, and worked again with the Italian designer on his latest 27m CCN yacht Freedom, launched earlier this year. What is it like working together with someone who is experienced in design?

Designing a boat is always a collaboration with the owner,  it is never something I do on my own. But as an architect and a designer, it is always different when working with someone who has a professional background in design. There is the added value of paying much more attention to detail, more focus on the overall design and style when I work with someone like Roberto Cavalli. Every single detail for Freedom has been selected with care by the two of us.
But this can also be problematic because when you are both so passionate about design, then there are no weekends, you work 24/7. When you find an owner who lives so close to his project, like Roberto Cavalli, then there is always time to discuss a good idea, day or night.

Looking at ownership, there has been a lot of discussion going around regarding new models of ownership, like fractional ownership. How do you foresee the future of yacht ownership? 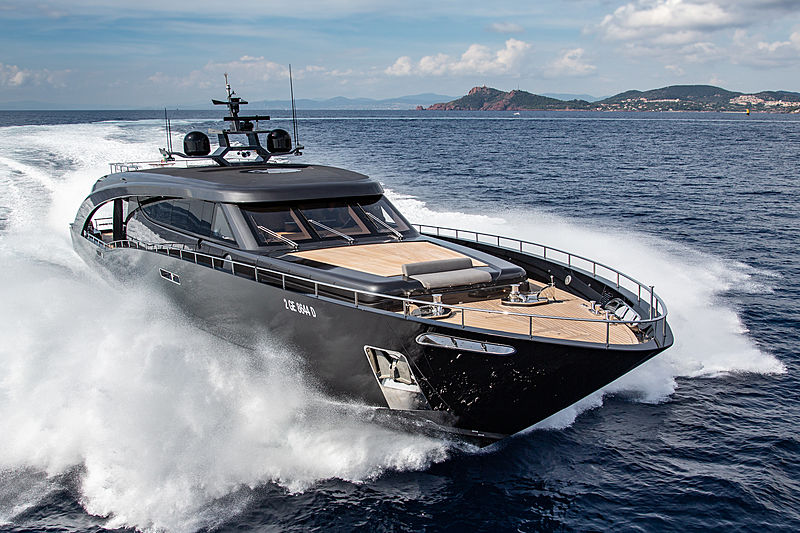 Photo: Cerri Cantieri Navali Yachts have gotten a lot bigger over the years, but perhaps the amount of technical innovation has been lagging in the field of motor yachts. What is your opinion on this?

I completely agree that there is a lack of technical innovation in the yachting industry. Especially if we compare it to other industries, the overall production of yachts is much lower. This could be because the number of yachts in production is not as high as in other industries. Look at the car industry, the number of cars produced is much larger, so there is a more technological advancement in that sector. Everything, including technological innovation, is moving at a much slower pace in comparison within the yacht industry. But there is beauty in this technological limitation despite the speed of change because building a yacht remains special. It takes real craftsmanship to build someone's dream.
Technical innovation should also grow together with the owners - it should reflect the passion and creation of new projects. For example, now there is much more interest in sustainability because everyone is feeling the importance of eco-friendly solutions. The industry is changing, and it's paramount we all recognise how important this shift is.

Looking at some of your most recent projects, there was a new 40m explorer yacht with CdM that announced a couple of weeks ago. Can you tell us a little bit more about this project?

The owner is one of my former clients, so we have worked together before. When we started work on this project it was clear that it was going to be a boat for the entire family. The last boat I designed for the owner was a 31m fast-planing yacht, so the family had to plan their holidays based on her range. They needed to plan out every stop they needed to make. The main part of the brief was the long mile range - the family wanted a boat that could take them anywhere they wanted without having to think when and where they had to stop. 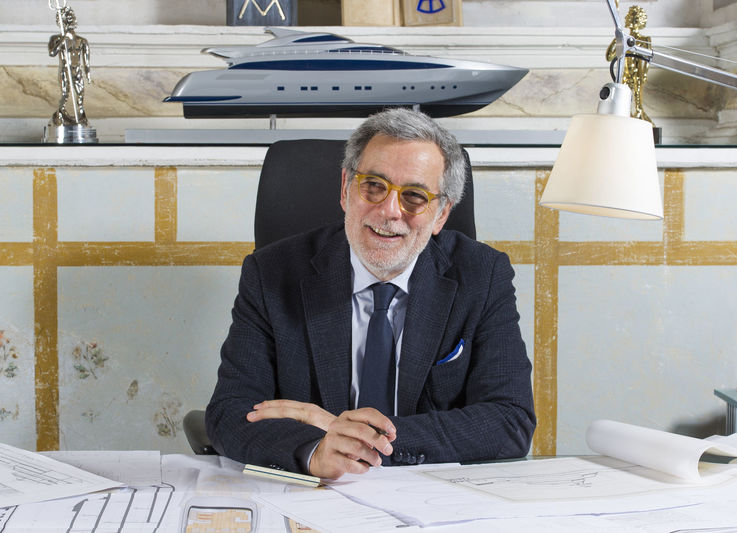 What is on your drawing board right now?

At this moment I am working on three different projects. I plan to present the first idea at the upcoming yacht show in Monaco, a 24m aluminium boat for two private owners - this size range is very popular in the Italian market today. I have also started work on two new boats for two different Italian owners, one a 65m boat from Rosetti and the other a 38m boat, made in collaboration with an architect from the United States. The second one is very interesting because my office designed the layout and the modification and her refitting is almost complete.

I am also working on the interiors of a 55m boat to be launched in 2021, which I signed on for a few days ago.