Looking ahead to the New Year in the industry and 2018 is set to be another interesting year for superyacht launches around the world. Here we round up a selection of the top 10 biggest launches we can expect to see this year.

First catching a glimpse of the 111-metre latest Lürssen in late 2016, TIS spreads over six decks spanning 16.8 metres across, housing a very generous interior volume. Both the grand exterior and interior spaces have been designed by Winch Design. 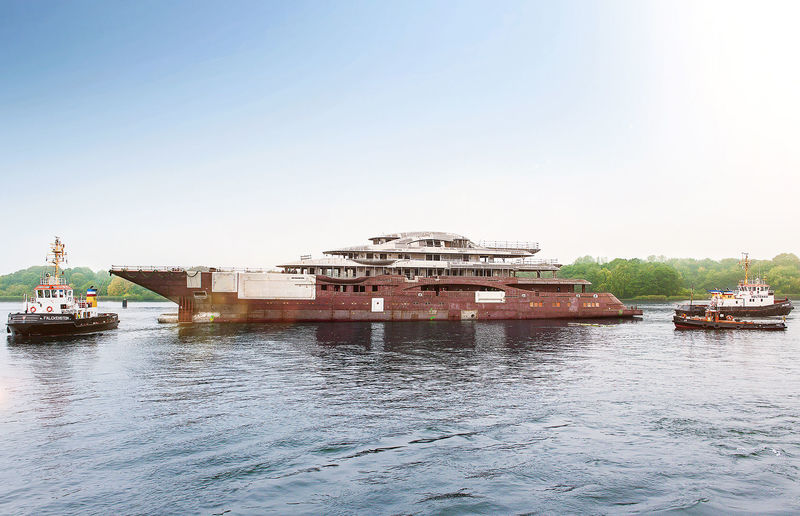 Hull 1007 saw daylight for the first time in December 2016. Though few details are yet known about the 110-metre project, it is known that she features an exterior design from British studio Michael Leach Design and will be the largest Feadship vessel to date. 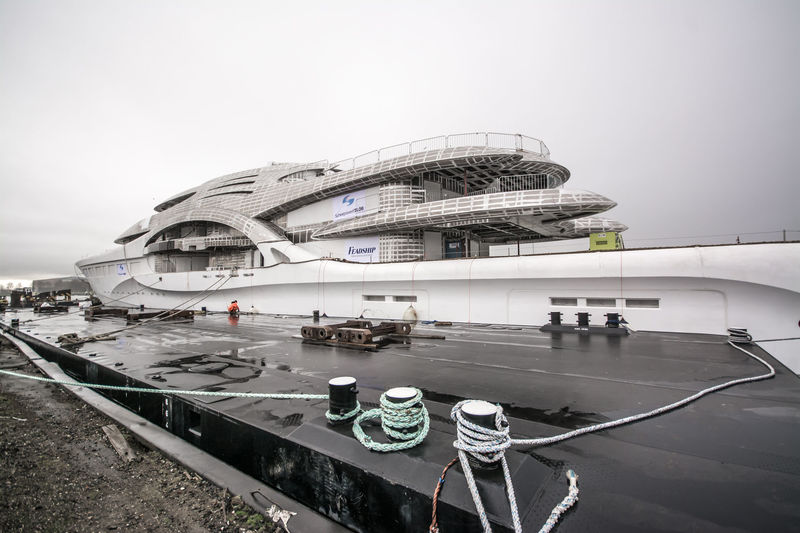 Project Bravo started construction in 2014 and will be one of the largest yachts built to date from the Dutch yard once launched later this year. She features some familiar design details seen on other Oceanco’s before her and incorporates exterior design from Nuvolari Lenard and an interior from the drawing boards of Reymond Langton Design. 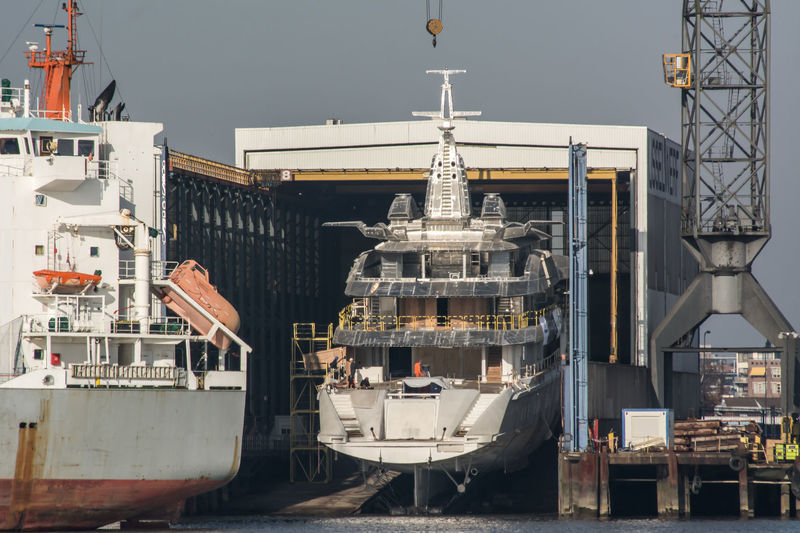 Another impressive launch from Feadship is expected this year as the 93-metre Hull 814 hits the water for the first time. As with the majority of Feadship projects, this vessel is still shrouded in secrecy, though it is known that she features an interior from Reymond Langton Design and exterior from Michael Leach Design. 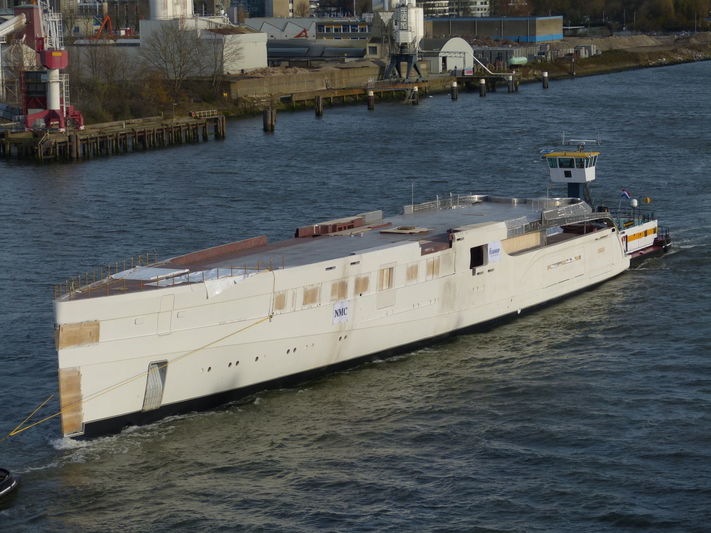 Started on speculation in 2014, Oceanco’s 90-metre Hull Y716 will make an appearance this year. Featuring an exterior design from Espen Oeino International, Terence Disdale is responsible for her interior design. 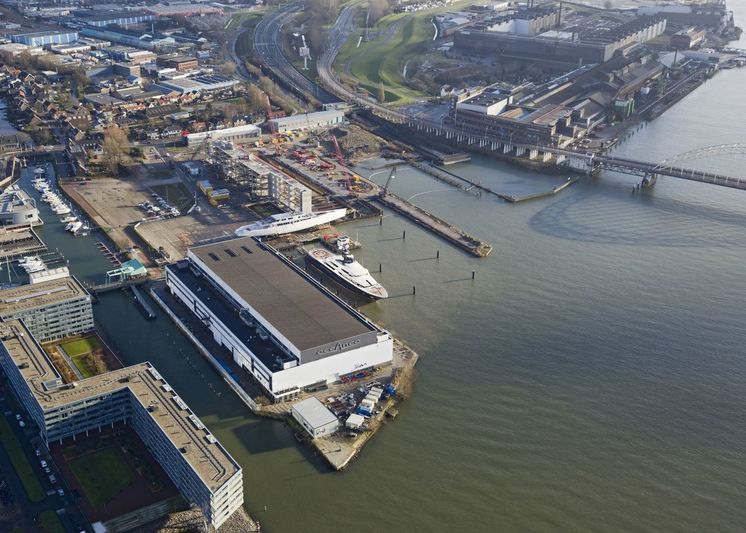 Hull Y717 will be the second 90-metre Oceanco to be launched in 2018, with this one featuring an exterior from Luiz de Basto Designs, and an interior design from Nuvolari Lenard. We can expect a large amount of reflective glass being used for the finishing of the superstructure, providing panoramic views from the interior. 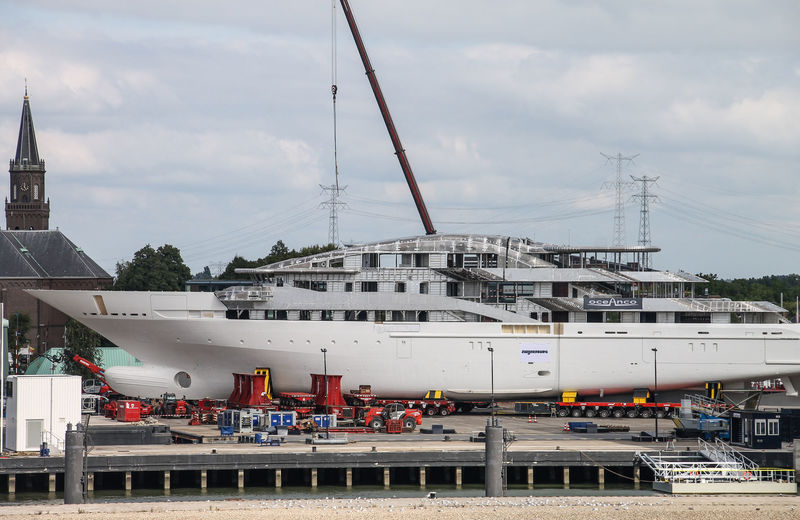 Named O'Ptasia, Greek shipyard Golden Yachts will launch their largest superyacht to date in 2018. Coming in at 85-metres, she follows the 71.85-metre Natalina A (ex; O'Pari). 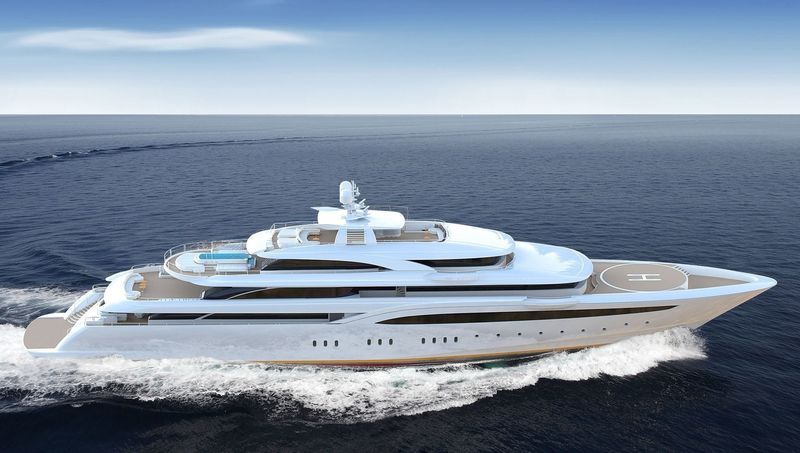 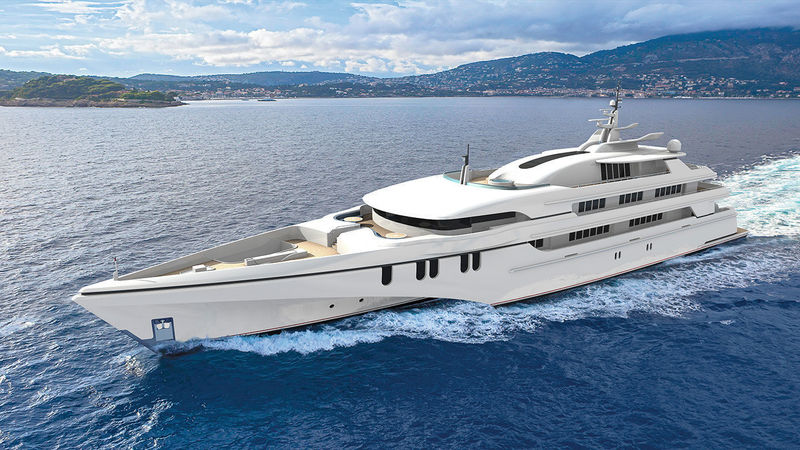 Palumbo will launch the Columbus Classic 80m this year. The shipyard has teamed up with Hydro Tec for exterior design while Guida Design has created the interior areas. Her flush foredeck and full beam upper decks give her an internal volume of 2150 GT, displacing 1683 tonnes at full load. 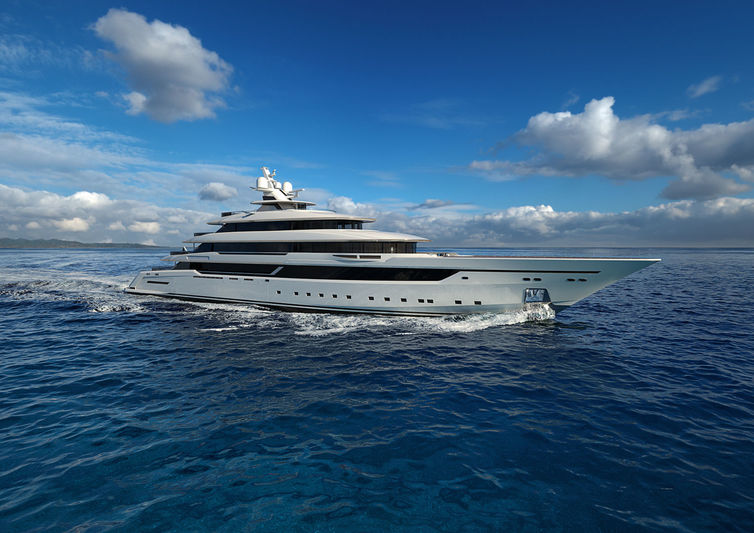 CRN’s Project 135 is designed by Studio Zuccon International Project, with an interior by Laura Sessa and engineering by CRN’s in-house team. This 79-metre project will be characterised by large volumes, a sleek design and true Italian attention to detail. 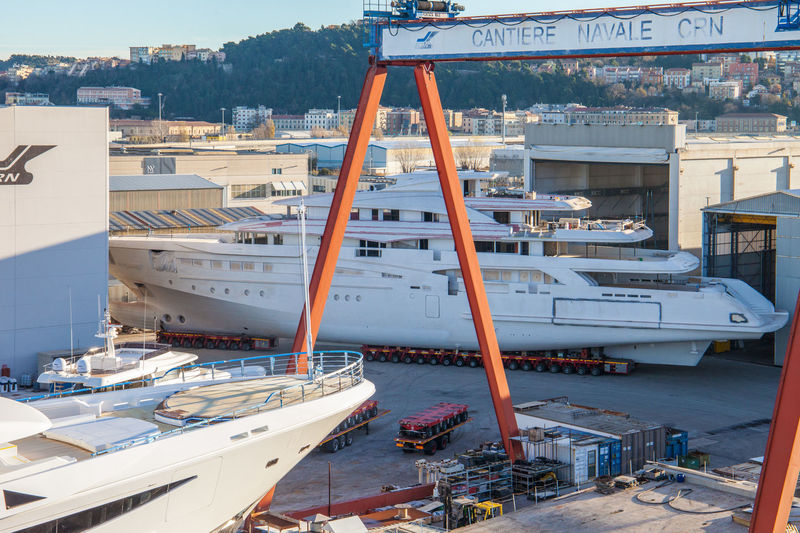 Rather predictability, no sailing yachts made the list of the top 10 largest launches we can expect over the next 12 months, though we can certainly look forward to the launch of a new 60-metre Perini Navi sailing yacht later this year, as well the first hull in the Oyster 118 range. We expect a number of impressive superyacht launches throughout the year that may yet top this list, so keep your eyes open for more launches.