The Cannes Yachting Festival will open it's doors tomorrow. Held from 9th - 14th September, the following are 10 brokerage superyachts that you do not want to miss at this years show, presented according to length in descending order. 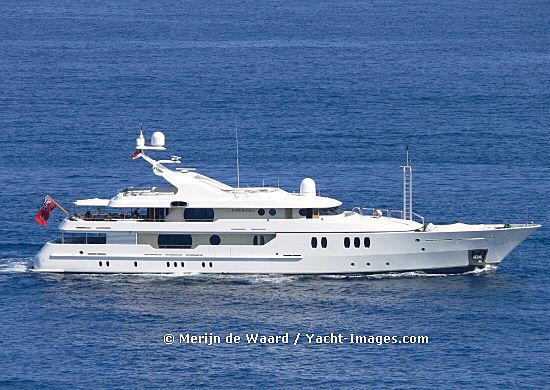 The 50 metre superyacht TJ Esperanza was launched by Amels in 1999, with exterior design by Terence Disale. She accommodates up to 12 guests over six staterooms, as well as a crew of up to 12. She boasts an impressively large sun deck area with a modern Jacuzzi, U-shaped seating with table, a shaded bar with seating, and a large sun lounging area. Consistently maintained, she is also fresh from an extensive 2014 refit. She will be the largest yacht for sale at the Cannes Yachting Festival this year. 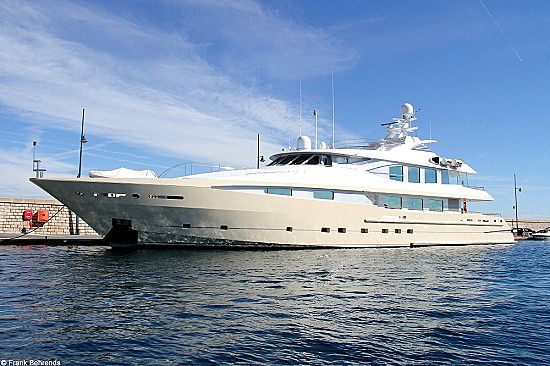 Launched in 2001, the 49 metre superyacht, Mim was built by CMN Shipyard France, with interiors by Andrew Winch Designs. Accommodating up to 12 guests in total, she last underwent a refit in 2012, where she received an exterior repaint and interior refresh with new carpets and furnishings throughout, as well as a service of both Caterpillar main engines. Powered by 2x 1,500 HP engines, she has a range of 4500 nm at 12 knots. 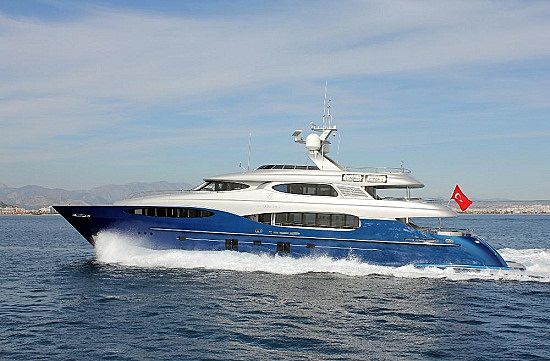 The 46 metre superyacht, Vulcan 46, was built by the Turkish shipyard, Vicem. She was designed by Mulder Design with a modern interior by Art Line Interiors. The semi-displacement vessel is powered by twin MTU engines, giving her a maximum speed of 25 knots, while still maintaining high efficiency and long range capability of 4,000 nautical miles at 12 knots. She accommodates up to 12 guests in 6 luxurious guest cabins. One of her stand out features is the open atrium design, which fills the yacht with an abundance of natural light. 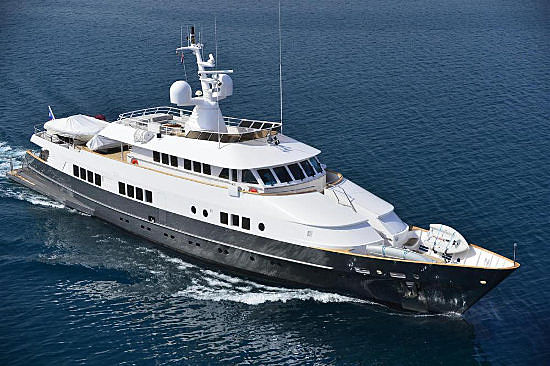 Berzinc is a 44.68 metre superyacht designed by Camper & Nicholsons and built in steel and aluminium by Spanish yard Astilloras de Mallorca to Bureau Veritas class in 1977. She is equipped with the latest generation stabilisers and, as a result, is easy to navigate and anchor. In addition, the sound insulation guarantees peaceful, quiet excursions for everyone on board. She was completely rebuilt from the hull up in 2007, and her last refit was undertaken by Balk Shipyard in the Netherlands in 2012. 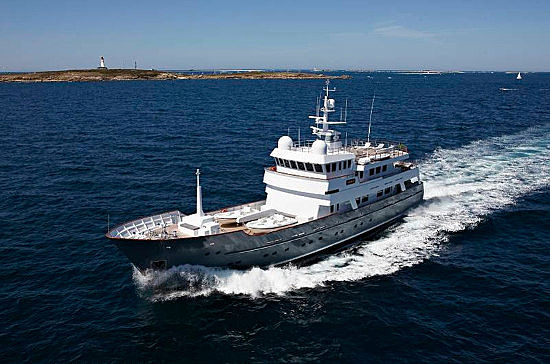 Launched in 2011 by JFA Shipyard, the 43 metre explorer yacht Axantha II boasts naval architecture and exterior designs by Vripack. She features a hull and superstructure made of aluminum, and reaches a maximum speed of 14.8 knots, a cruising speed of 12 knots, and a range of 7900 miles at 11 knots. She accommodates up to 11 guests over 1 Master, 3 Double, 1 Twin and 1 Pullman berth.

She is listed by Verpeka Dolling and Camper & Nicholsons International at an asking price of €14,950,000. 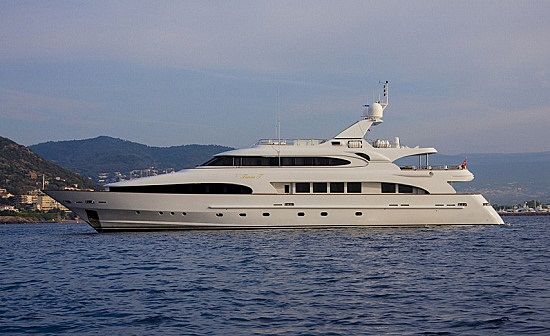 Built by Mondo Marine in 2003, the 41.5 metre Tania T is a tri-deck motor yacht that boasts a 5 cabin layout. Her large flybridge combined with a 2011/12 refit with on going servicing and improvements; contribute to her current immaculate condition. She comes complete with a 4.9 metre tender and Waverunner. Powered by 2 x 2285hp Deutz TBD 620U12 engines, she has a top speed of 19 knots and a cruising speed of 16 knots. 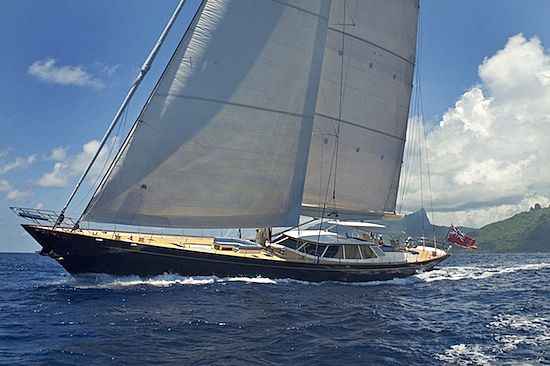 The 41 metre sloop Inmocean built by Fitzroy Yachts in 2008 is a classic style yacht designed Dubois Naval Architects & Designers. The interiors, designed by Adam Lay Studio, accommodates 6 guests forward in three cabins including a large master forward with private entrance from the bow seating area, while the crew of up to five is aft in three cabins. She was a finalist for the 2009 World SuperYacht Awards, and is in turnkey condition having just completed an extensive 3 month refit in New Zealand. 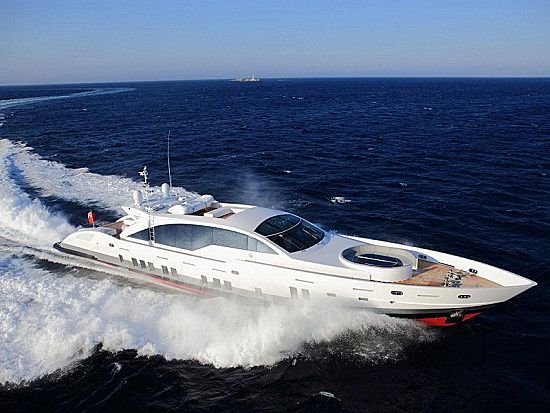 Delivered in 2011 by Tecnomar, the 36.5 metre superyacht, Double Shot is one of the shipyard’s Velvet 36 range of planing yachts and was a finalist at the World Superyacht Awards 2012. Ioanna Marinopoulos is responsible for the interior design and exterior styling, as per request of the owner. Accommodation is provided for up to 9 guests in total. Powered by two 2,800hp MTU 16V 2000 M94 engines, she has a maximum speed of 32 knots. 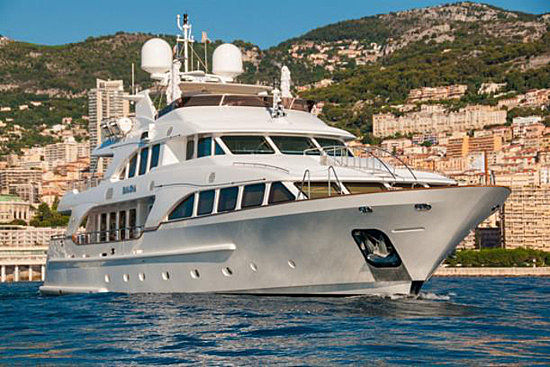 The 36.48 metre, Tanusha, was built by Benetti in 2010 and boasts designs by Stegano Righini. She accommodates up to 12 guests over 5 en-suite staterooms. One of her defining features is her beautiful sky lounge, with a bar and plenty of seating areas for relaxing and entertainment. She is powered by twin 1,550hp MTU engines, which provide her with a cruising speed of 14 knots and a range of 3,300 nautical miles. 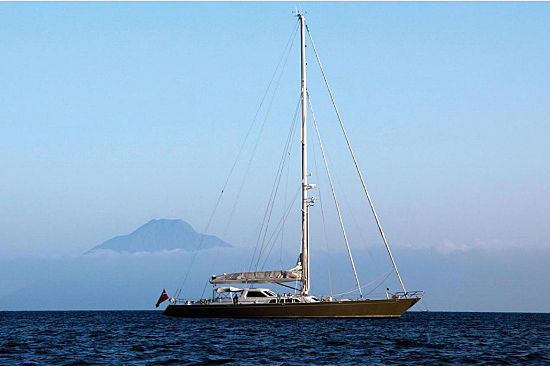 The 32 metre sailing yacht Iemanja was built in 1989 by Chantiers Naval de Biot and features naval architecture by Ron Holland. She offers accommodation for up to 8 guests in total over four luxurious staterooms. Her last refit was in 2008 and she has a cruising speed of 10 knots and a maximum speed of 12 knots. Her main features include a raised salon cutter with stylish and classic traits, a spacious salon, and a large lazarette for equipment.