The Cannes Yachting Festival will open it's doors next week. Held from 9th - 14th September, the following are 10 new superyachts that you do not want to miss at this years show, presented according to length in descending order. 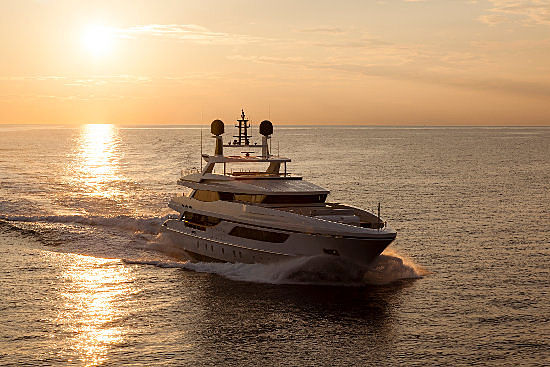 The semi-custom 46 metre range from Baglietto boasts exterior design by Francesco Paszkowski, who also designed the interior in collaboration with Margherita Casprini. She maintains many of the traditional features of Baglietto motor yachts. She comfortably accommodates up to 10 guests over a large master suite, two double and two twin cabins. She has a maximum speed of 16.5 knots and a cruising speed of 12 knots. She has a range of 4,500 nm at 12 knots.

The Logica 147 superyacht is designed by Luca Brenta & Co with interiors by Martin Kemp Design and naval architecture by P.L.A.N.A Design. One of her most attractive features is the 5.5 metre swimming pool found forward on the main deck, including a downstream swimming system, both fresh and seawater and a bespoke whirlpool. She is powered by twin MAN D2862 engines, giving her a top speed of 15.50 knots and a cruising speed of 14.7 knots. 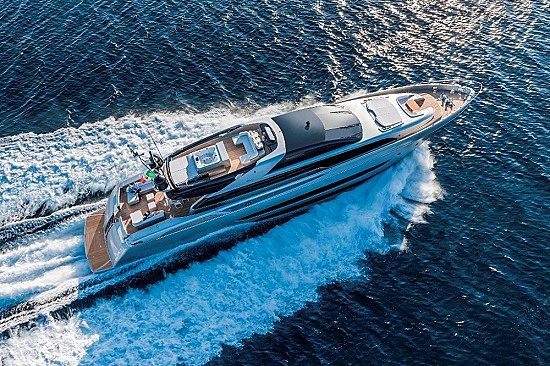 The 122 Mythos is not only the first yacht to be built by the Italian shipyard, Riva, completely in light aluminium alloy, but is also the largest yacht the brand have produced to date. The company launched the first 37 metre vessel this year, and featured a spacious three cabin layout. The standard version of the vessel will provide 4 cabins, with a 5 cabin option also available. 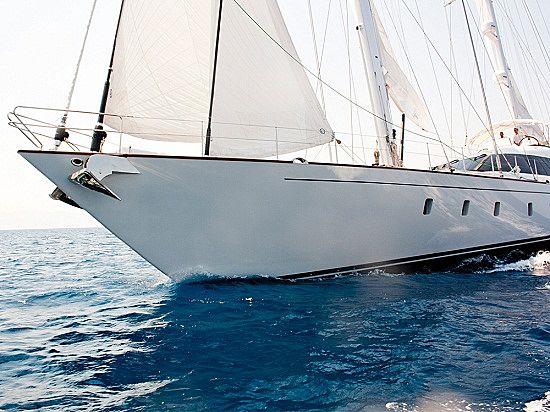 The Turkish shipyard Esenyacht is displaying the 36 metre ketch Glorious. The wooden yacht is a sleek and modern ketch with a smooth, warm onboard ambiance. At 36 metres LOA, she boasts a sharp and modern exterior look, smart layouts and classically styled interiors that combine contemporary shapes with ample lush, high-gloss woodwork and spacious guest accommodation. 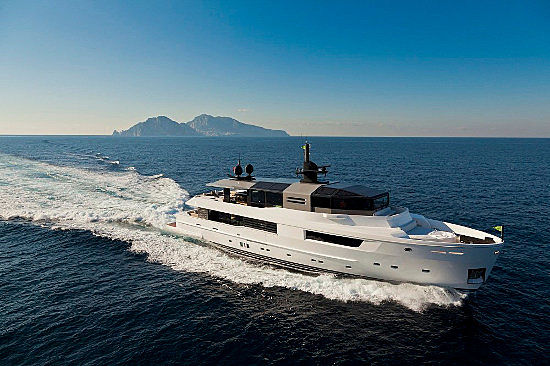 The 35 metre tri-deck superyacht Arcadia 115 is built by Arcadia Yachts and is a vessel that feels highly conceptual but doesn't lose track of comfort and usability. The first in the range, M’Ocean, was launched in 2012 and features a 6 cabin layout for up to 12 guests in total. 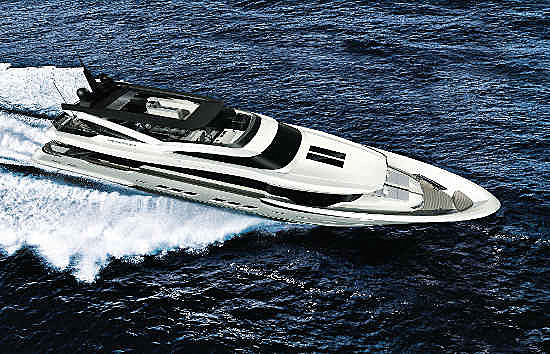 The new 34 metre superyacht from DL Yachts reduces fuel consumption due to its streamlined shape and is designed by Enrico Gobbi of Team 4 Design. One of her many unique features is her “lama chine waveless hull”, designed by Giuseppe Arrabito from Arrabito Naval Architects. She has an impressive range of up to 3,500 miles and accommodates up to 10 guests over 5 cabins, and a further 5 crew. 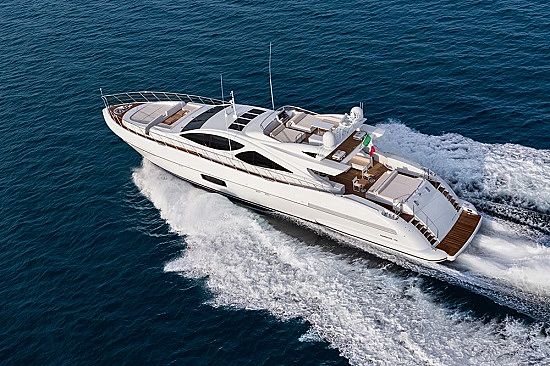 Overmarine unveiled the new Mangusta 110 in Miami earlier this year, and features a guest area on the flybridge in addition to an extended lounge area on the bow, one of Mangusta’s trademark features. The 33.83 vessel is available as a semi-custom design in addition to the several styling possibilities with Overmarine’s design department. She is powered by two MTU 16V 2000M94 engines and Kamewa waterjets, giving her a maximum speed of 33 knots. 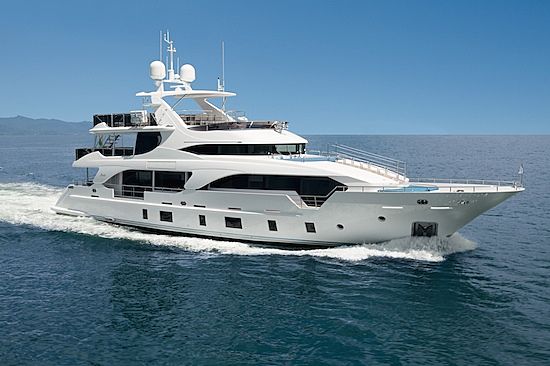 The new Tradition Supreme 108’ from Benetti takes the Benetti Class range lines to another level, introducing innovative new design features and functions. The three-deck layout is an uncommon feature for a yacht of this size, and ensures the utmost privacy and comfort. The inaugural 32.98 metre My Paradis was launched recently, and will make her debut at the upcoming Cannes Yachting Festival. She is able to achieve a top speed of 13.5 knots and a comfortable cruising speed of 12.5 knots. 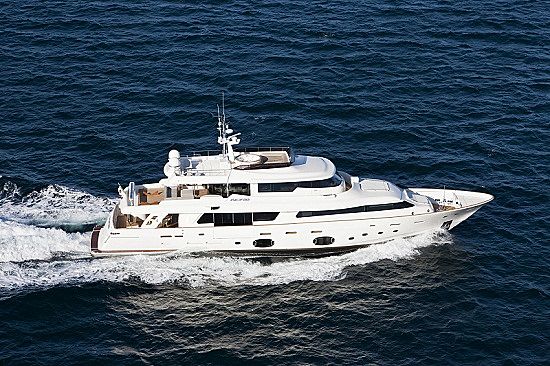 Following the success of the original Navetta displacement yacht from the Ferretti Custom line, the Custom Line Navetta 26, Custom Line introduced the Navetta 33 Crescendo. External lines are harmoniously integrated with the interiors on board the 32.6 metre superyacht, giving the owner ample opportunity for customisation. She has a cruising speed between 15 and 16.5 knots according to the engine chosen, and accommodates guests over four identical double cabins on the lower deck, as well as an opulent owner’s suite on the main deck. 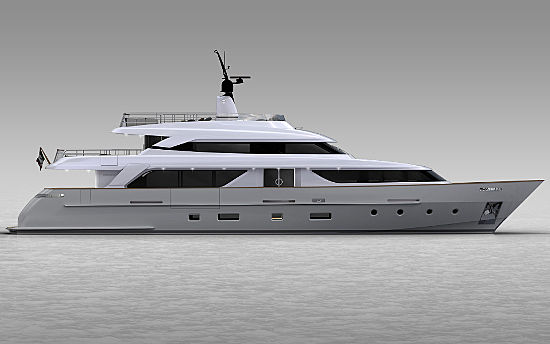