As 2015 draws to a close, here we take a look at some of the most special superyacht launches that have taken place over the past 12 months. 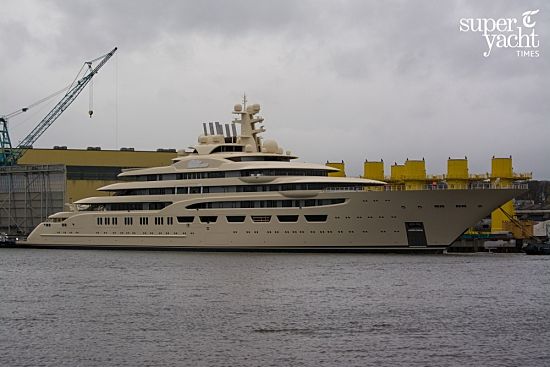 Launched by the German shipyard Lürssen in mid-November, Project Omar is a highly secretive project that is being kept tightly under wraps. She is the largest vessel to be launched this year and, at a length of 156 metres, it is known that she will be the fourth largest superyacht in the world upon her delivery. Though her specs are yet to be revealed, it is speculated that she could possibly be the world’s largest yacht by gross tonnage. 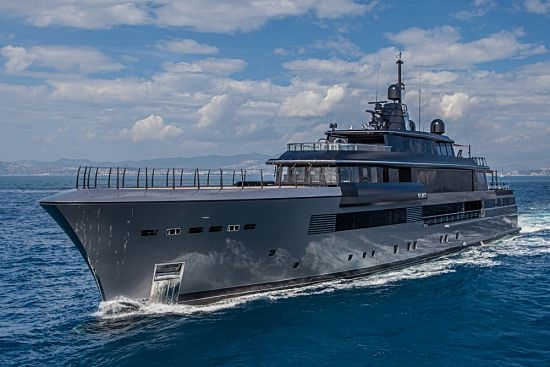 Atlante is easily one of the most talked about yachts of the year. She measures 55 metres in length and was launched by the CRN shipyard in May. Her exterior design comes from Nuvolari & Lenard, whilst Gilles & Boissier undertook her interior design. The five deck superyacht is equipped with two Caterpillar engines that push her to a maximum speed of 15 knots and a cruising speed of 14 knots. She is fully customised and draws on some stylistic features similar to those found on military vessels. 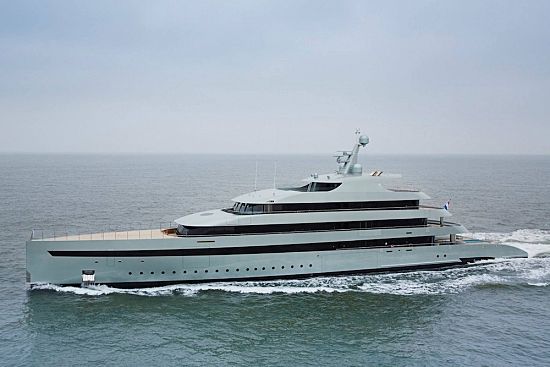 Launched at the very beginning of the year on January 25th by Dutch shipyard Feadship, the revolutionary superyacht Savannah measures 83.5 metres. Savannah is the first hybrid powered yacht, and boasts an impressive set of eco-friendly and efficient designs, such as her low resistance hull shape, and a single efficient speed Wärtsilä diesel engine that drives a central propeller shaft linked to a variable pitch propeller. A unique underwater lounge is also on offer where guests can experience the underwater life from the comfort of their seats. 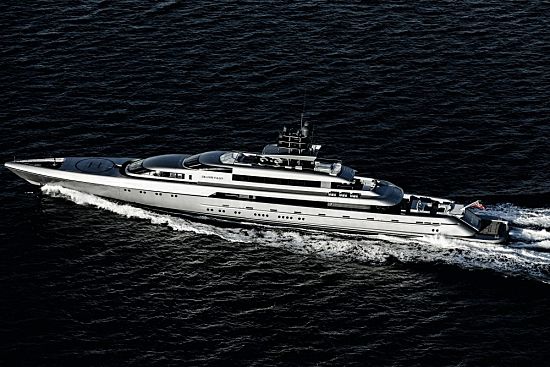 The 77.10 metre all-aluminium vessel Silver Fast was launched by the Australian brand SilverYachts in March this year, marking the fourth superyacht in the yard’s inaugural Silver series. She is the most advanced eco fuel-efficient vessel in the series, and boasts designs by the internationally renowned Espen Øino. 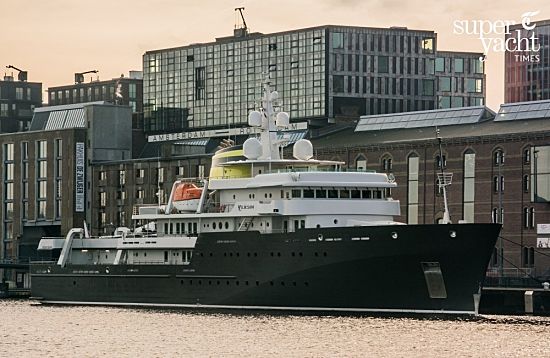 Coming in at 76.60 metres, the expedition superyacht Yersin was launched at the end of January. Constructed by the French shipyard Piriou at the specific request of her owner, she is the very first luxury vessel to come from the yard, who are widely known throughout the maritime industry for their commercial vessels. She is the inaugural yacht in the brand’s Navire de Voyage series of explorer yachts from Piriou. 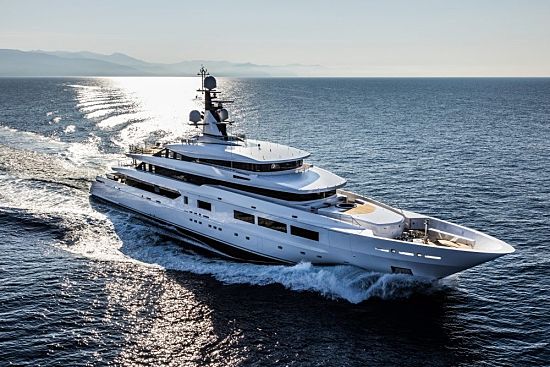 Launched by the Italian shipyard Tankoa Yachts in early July, the 69 metre superyacht Suerte (meaning Dreams in Italian) was revealed to the industry at the latest edition of the Monaco Yacht Show, where she was one of the most talked about vessels of the event. She features exterior design by Francesco Paszkowski, with her interior spaces coming from the drawing board of Margherita Casprini. 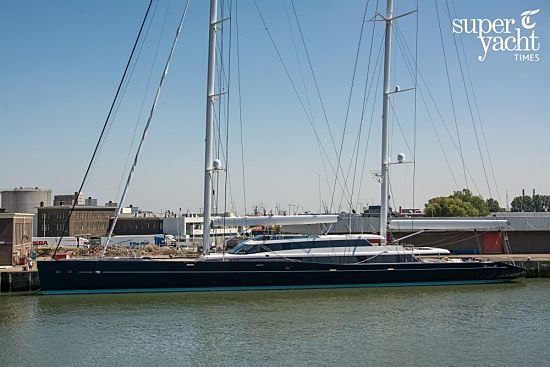 Aquijo was launched from Dutch shipyard Oceanco in May after having worled closely together with fellow Dutch yacht builder and main contractor of the project, Vitters. Measuring 86 metres, upon completion the ketch will be one of the largest sailing yachts in the world. She features naval architecture and exterior design by Tripp Design Naval architects, whilst Dölker + Voges undertook her luxurious interiors. 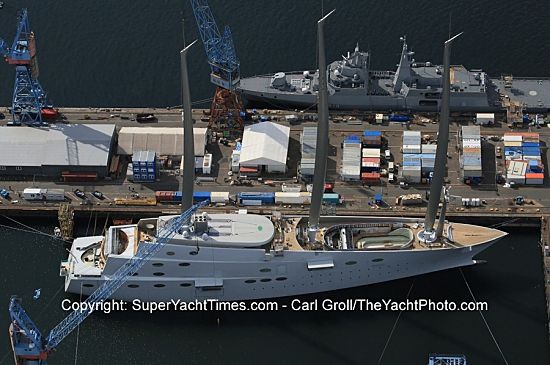 One of the most highly anticipated sailing yachts perhaps of all time is the spectacular Sailing Yacht A (known as White Pearl throughout her construction). At 142.8 metres, she will comfortably top the list of the world’s largest ever sailing yachts upon completion. Though specific details are yet to be made public, we believe that she has a gross tonnage of 10,000. She will have three masts and is scheduled to be delivered to her owner in 2016. 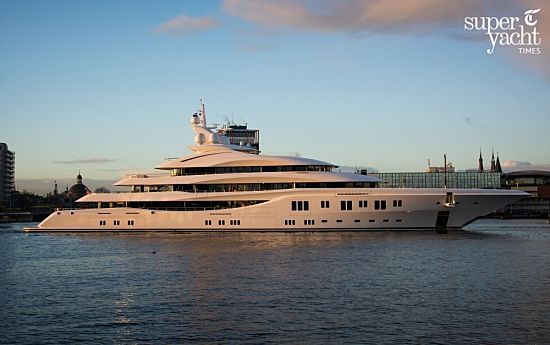 Another spectacular launch in 2015 from Lürssen is the 91 metre Lady Lara, also known as Project Orchid throughout her build. SuperYacht Times recently pictured the vessel in Amsterdam, where she became the largest ever yacht tied up in the centre of the city on the IJ river. She features both interior and exterior design by Reymond Langton. 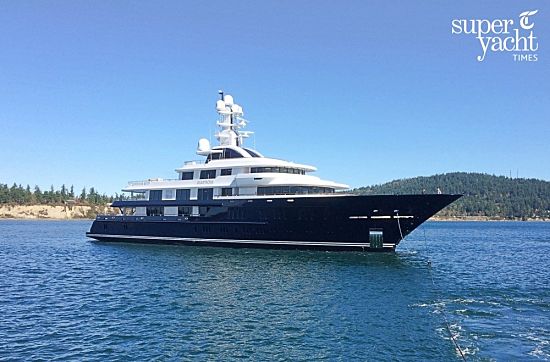 Built by the U.S. shipyard Delta Marine and launched in late September, the 72 metre superyacht Albatross marks the second largest vessel to ever come out of the Delta yard. Though details are still relatively scarce surrounding the project, it is rumoured to have been designed by Espen Øino.