The Dubai International Boat Show kicks off tomorrow in the United Arab Emirates. Hosted at the Dubai Canal, Jumeirah, the event annually attracts thousands of international visitors and exhibitors. Here we take a look at our top 5 boats not to miss at this year’s show. 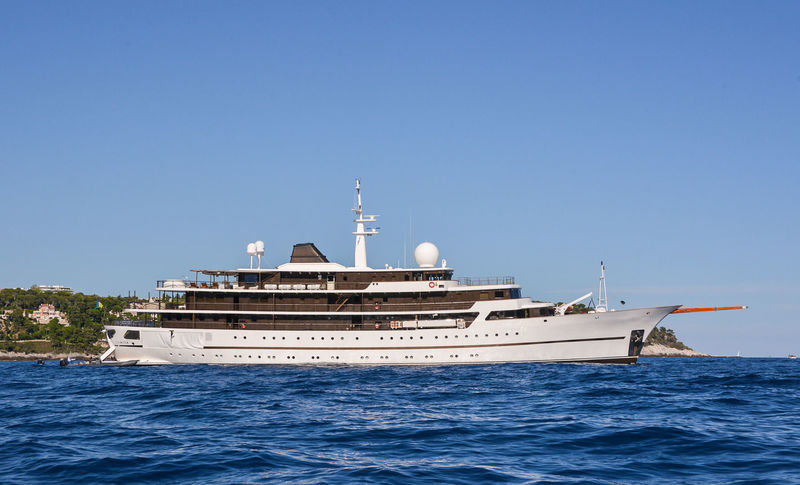 Photo: Tom van Oossanen / SuperYacht TimesMeasuring 86-metres, Chakra was originally built as an ocean weather vessel and was previously known as the 73-metre Salem. After an intensive refit period in 2016, she emerged transformed into the classic superyacht we see today. Amongst the works which included lengthening of 13 metres, her once yellow hull colour was replaced with a nearly all-white exterior and deep copper/brown accents, and forward of the bridge, a new viewing deck was created to further extend the onboard deck space.

The all-aluminium 72-metre Serenity (ex Tu Moana; Obsession) was built by the Australian yard Austal and features both interior and exterior design from the yard’s in-house team. She recently underwent a significant refit, a project which incorporated the design studios of Luiz de Basto and AskDeco. 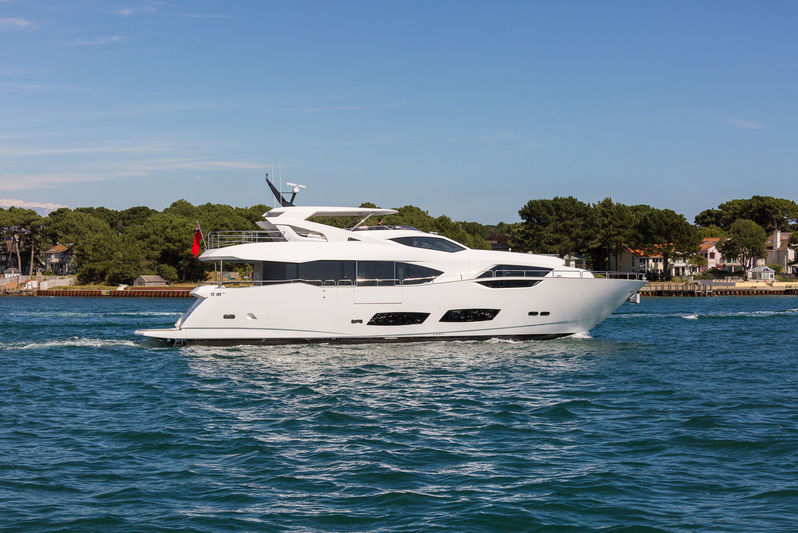 Sunseeker describes the 95 as demonstrative of the British yard’s plans for larger models in the future:  “The Sunseeker 95 exemplifies the latest in our cutting-edge design and innovative build processes, showcasing the exciting new design direction that our next generation of larger yacht models will take. Showing off a streamlined yet spacious elegance, the Sunseeker 95 combines a superyacht feel with many practical advantages, demonstrating a clever use of space that gives even greater flexibility and freedom onboard.” 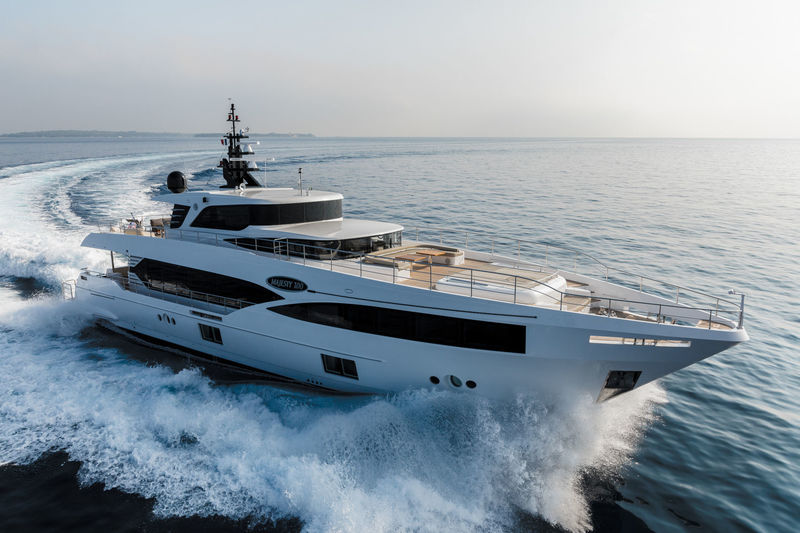 First revealed at the 2017 edition of the Dubai International Boat Show, the 31.68-metre Majesty 100 is characterised by her unique semi-convertible flybridge and a powerful but efficient propulsion system. The first in the series was delivered to her owners in June 2017,  and is named Nahar. 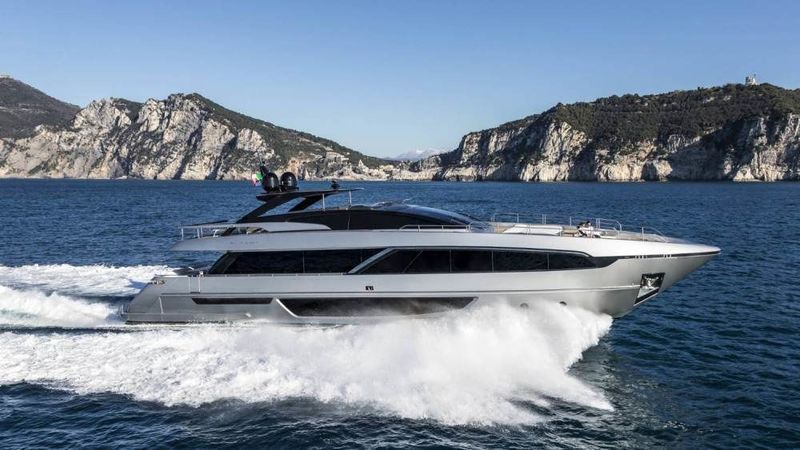 No strangers to the Riva brand and its values, Officina Italiana Design and Riva once again teamed up on the design of the Riva 100 Corsaro, which is a clear continuation of some the brand’s smaller day boat models.

The SuperYacht Times sales, intelligence and editorial teams will be in Dubai for the duration of the show. To arrange a meeting, contact [email protected] .