Co-sponsored by Awlgrip(®), the 2007 Pinmar Yachtsman’s Golf Tournament was an impressive event, beating last year’s record attendance. Over 290 players competed in this year’s tournament, which was held at the Marriott Son Antem Golf Resort in Mallorca, in October. 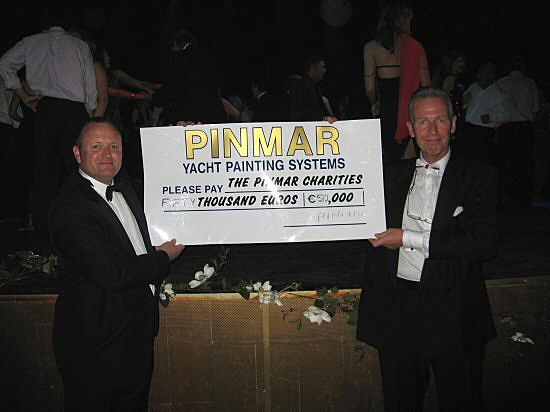 Pinmar Yacht Painting Systems organises the two-day golfing event for members of the superyacht industry. 75 volunteers and nearly 100 sponsors got involved in this year’s tournament. 296 players competed in the golf tournament and 700 guests attended the prize-giving dinner and show. Several teams were awarded prizes including the winning team, 'SY Bolero' and the best double team, 'My Enigma I & II'.

“Once again the support was overwhelming and a total of 50,000 Euros was raised for this year’s nominated charities, which include Alimentar Ensenando, Joves Navegants, and Encompass,” says Nick Entwisle, Company Secretary, Pinmar. “It’s fantastic to see more people getting involved in the tournament each year and we are excited that we are already making plans for the 20th tournament.”

The Pinmar group is one of world’s longest established specialist yacht painters and its Marine Supplies Division has been the exclusive Spanish distributor for the entire range of Awlgrip products for many years. Awlgrip, a world leading paint manufacturer, has been co-sponsor of the Pinmar Yachtsman’s Golf Tournament since 1994.