The 50.9 metre superyacht Reem 1 has made her way to Europe, on top of a yacht Transporter. She was photographed by SYT reader Giovanni Romero when she arrived in Gibraltar a couple of days ago. 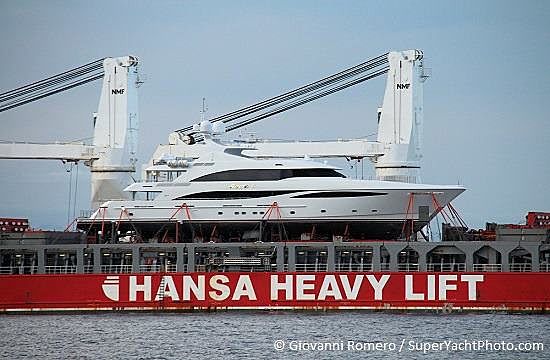 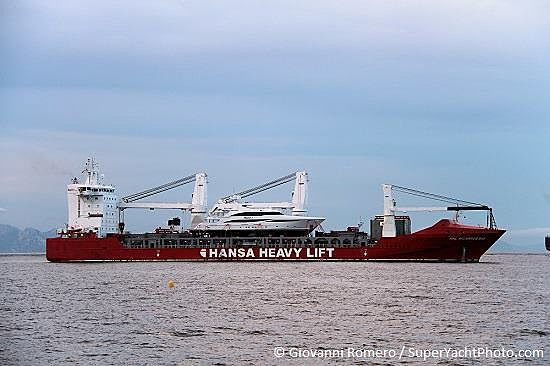 Built by Trinity Yachts, and launched earlier this year, her layout makes us strongly believe that the yacht is built for a Middle Eastern owner, although is is not confirmed by the yard. She features 4 guest cabins on the bridge deck, a large master stateroom on the main deck, and another 4 guests cabins on the lower deck.

Having this many guest cabins on a yacht this size, usually points in the direction of a client from the Middle East.