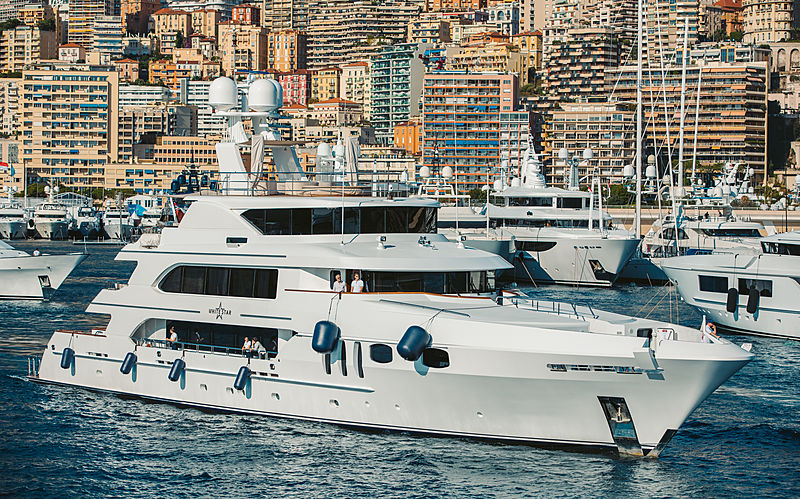 Photo: Charl van Rooy / SuperYacht TimesThe American-built superyacht White Star was first launched at Trinity Yachts in 2004. The yacht changed hands for the first time in 2016 after being on the market at an asking price of €12,950,000. The following year, under her new ownership, White Star was extended by nearly three metres during a nine-month refit period at Pendennis in which major structural and cosmetic changes were made to the yacht, now sporting an all-white exterior finish and an increased internal volume of 528 GT. Inside, the sky lounge was stripped down and rebuilt while outside, new teak decking was laid on all outdoor spaces.