Trinity Yachts has announced that following successful sea trials, Finish Line, its custom designed 120’ (36.7m) raised pilothouse superyacht with aluminum hull and superstructure, has been delivered. Finish Line represents the proud realization of her American owner, one who is hopeful that the design and performance of this yacht will serve as inspiration to other American yachtsmen to build in the United States. 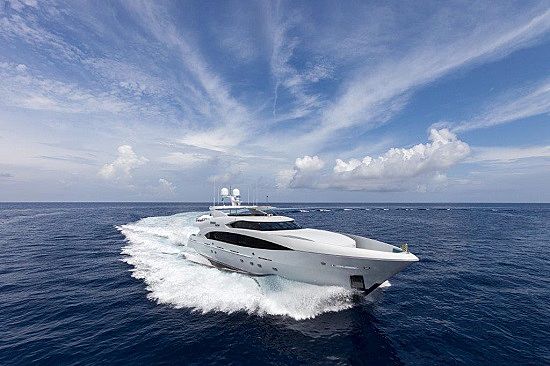 With unusual speed for her size, Finish Line’s sleek naval architecture and styling enable her to run in excess of 23 knots with a range over 3,600 nautical miles. With her normal cruising grounds being the East Coast of the United States as well as the Bahamas, the yacht’s draft has been specifically designed to be 5’6” (1.7m) in half-load condition. The shallow draft also enables her owner—a race car enthusiast— to access specific ports like Daytona Beach, Florida. 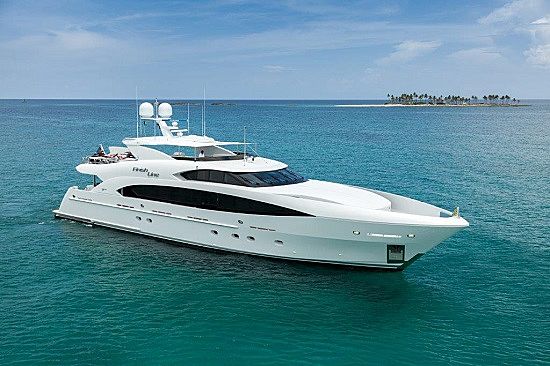 Arrangements below decks are divided into five watertight compartments. Owners and guest accommodations consist of a full-beam owner’s cabin and three guest staterooms. The owner’s cabin features a king size berth with His and Hers ensuite bathrooms and a large walk-in closet. All guest cabins have private full baths with two cabins having queen size berths and one cabin having two twin berths. Forward of the watertight bulkhead separating guest and crew areas will be three crew cabins and three full baths for a crew of five.

Power and ships systems are state-of-the-art. The lazarette and engine room are accessed through a watertight door in the transom as well as from the main deck port-side when at sea. The engine room houses two MTU 16v2000 main engines rated at 2,600 hp each, driving 6-bladed propellers via 6” propeller shafts and ZF 3370 gearboxes. 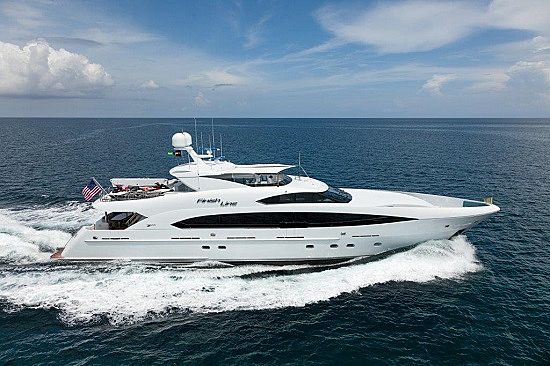 “Finish Line has been a deeply gratifying build for us,” says John Dane, Trinity Yachts President. “Her owner, truly an American patriot, built the yacht here in the U.S. both to realize the benefits of American craftsmen—whose skills are unsurpassed—and to create jobs. Over the life of the yacht, additional skilled laborer jobs will be created and will perpetuate the economic value that all yachts bring local communities,” he concludes.