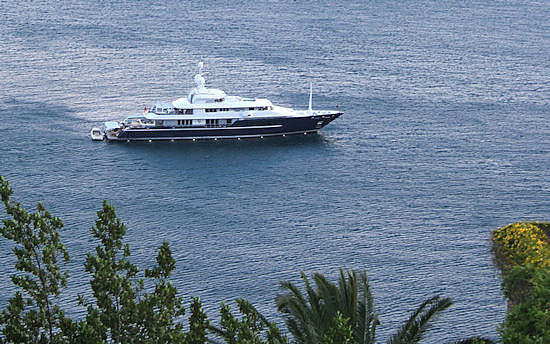 The 66 metre Triple Seven pictured off Taormina, Sicily. Triple Seven was built by the German shipyard Nobiskrug in 2006. Shortly after completion the superyacht was sold to her current owner, as her previous owner was building several yachts at the Nobiskrug shipyard, including the 73.50 metre Siren.