Two years after Donald Trump sold his 86-metre Benetti superyacht, Trump Princess (now Kingdom 5KR) in 1991, the man that would eventually be elected as the President of the United States 24 years later, decided to commission a small Spanish naval design firm to create the largest and ‘most beautiful’ yacht the world has ever seen. This is the story of how Oliver Design would have become the go-to designers for super megayachts, had project Trump Princess gone ahead back in 1993. 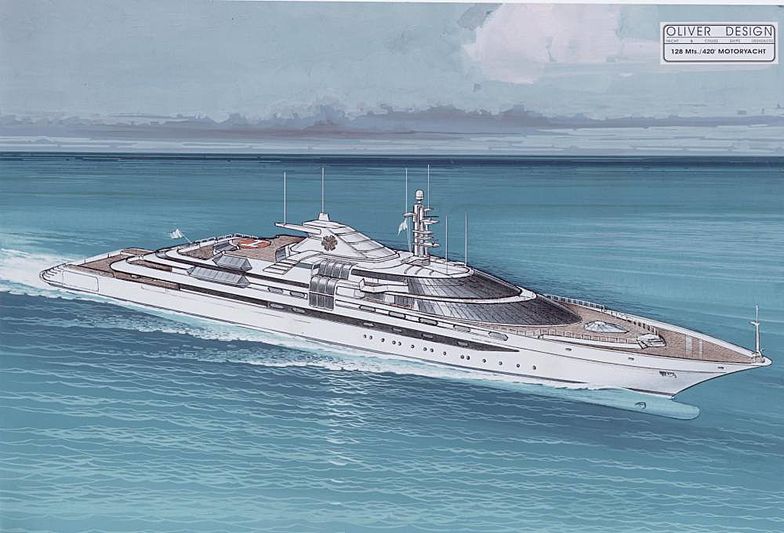 Then better known for his global business empire and as successful businessman, Donald Trump approached the little-known Spanish design office of Oliver Design with a simple request: to design “not only the largest yacht in theworld,but at the same time, the most beautiful”. The connection with the studio was made after Trump visited the Florida Boat Show early in the 1990s and selected Oliver Design as the team that would realise his vision for a new and improved Trump Princess 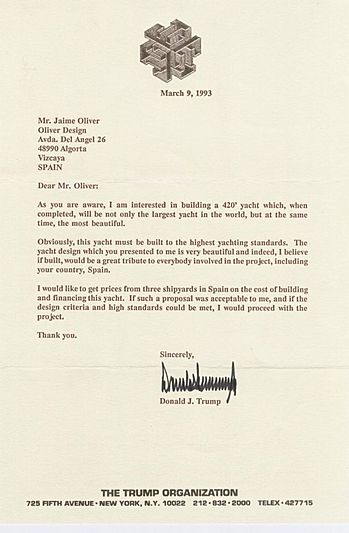 This was, however, not the first 128-metre Trump Princess project. In the late 1980s Trump presented a challenge to a select few top designers to come up with designs of the yacht that would replace his current 86-metre yacht at the time. That contract was awarded to the Italian design firm Arté Designers SNC, a team of designers who worked with Luigi Sturchio on the original interior of Nabila (then Trump Princess). 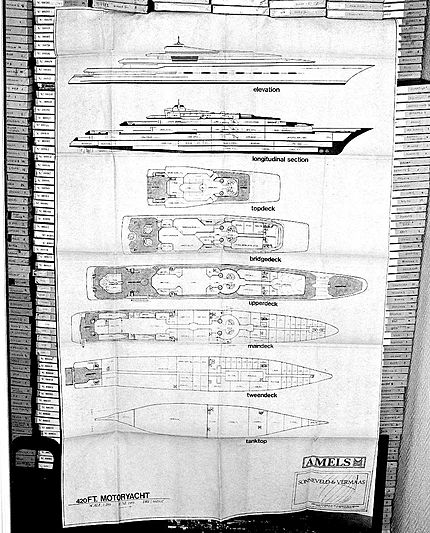 The project would be built by Amels in the Netherlands and engineered and styled by Sonneveld & Vermaas. Production on this project got underway at the shipyard but only reached a 20% completion stage and in 1990 was canceled by Trump. Reasons for this abondonment are unclear, but the financial difficulties Trump was dealing with at the time most certainly had an affect. It would be another three years before Trump would think about building another yacht.

Having received a design fee of $170,000, Oliver Design started the creative process headed by Jaime Oliver himself. Oliver’s son, Iñigo, whose English was far better than that of his father’s, was put in charge of all direct communication with their newest American client. Only 25 years at the time, Iñigo and his father made frequent visits to Trump Tower and Trump’s Mar-a-Lago mansion in Palm Beach to discuss the design with Trump, who showed considerable interest in the project. 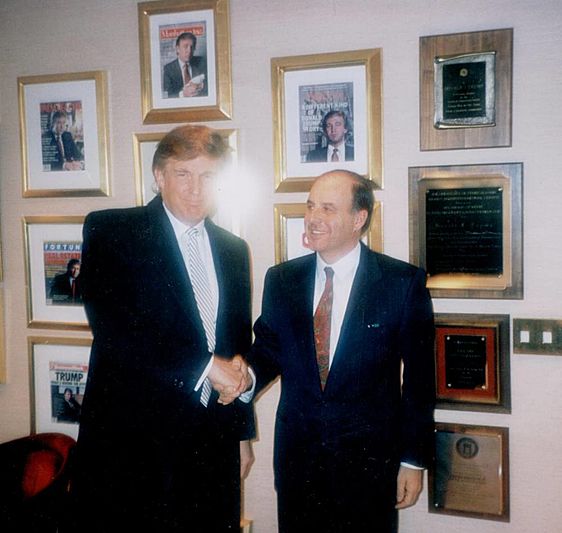 Jaime Oliver with Donald Trump in 1993

Discussions even started with Spanish shipyard Astilleros Españoles (now Navantia, a shipyard in Cartagena known for their large yacht refit services) to build the monster project at. 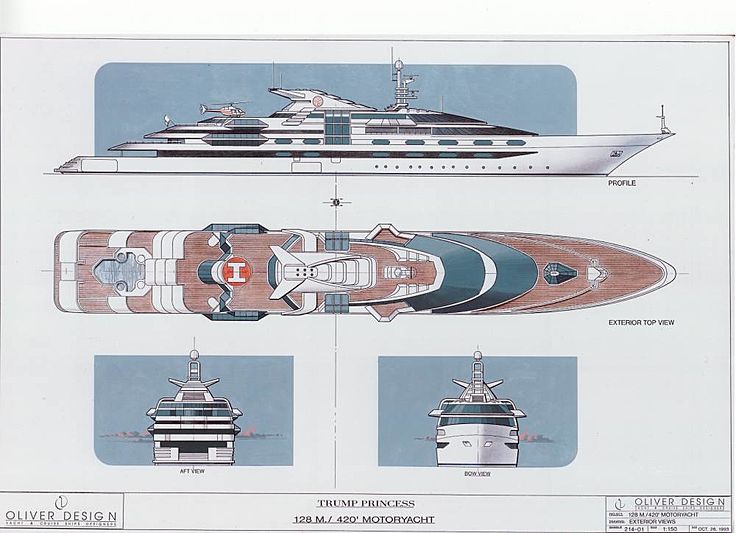 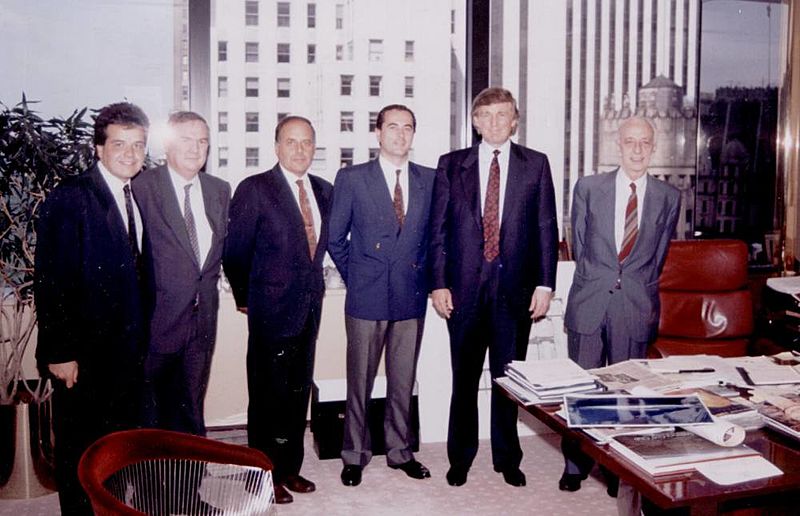 Trump Princess spread across four decks and came complete with her own heliport, swimming pool, Jacuzzis, and opulently decorated interior guest spaces. The size of the exterior entertainment areas would have been unprecedented for a yacht of this length, even by today’s standards. 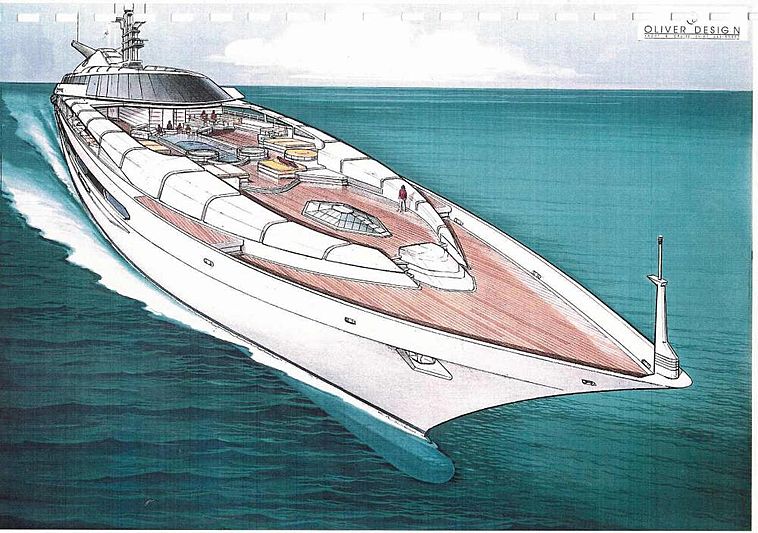 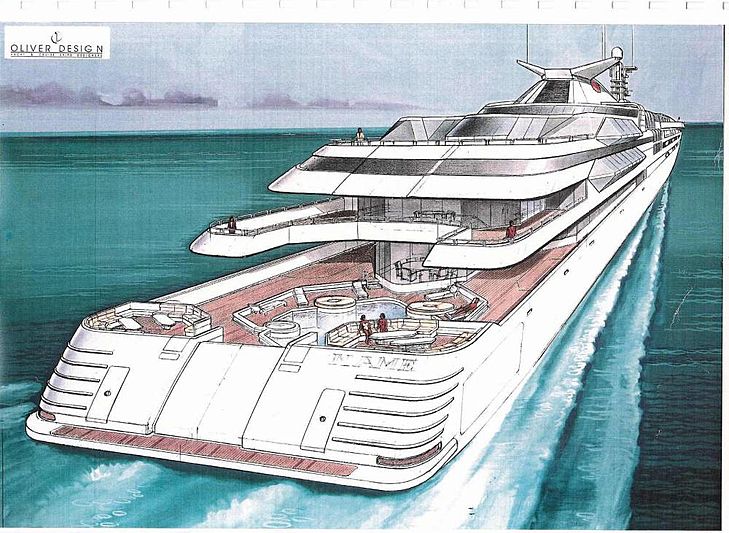 A few months into the design phase, however, Jaime Oliver was informed that this project too had been scrapped and that construction of the yacht would not go ahead. Some have connected this decision with Trump’s alleged less-than-ideal financial situation at the time with his hotel and casino businesses facing bankruptcy. The designs, however, remain and today give us an idea of what certainly could have been one of the coolest yachts in the world. 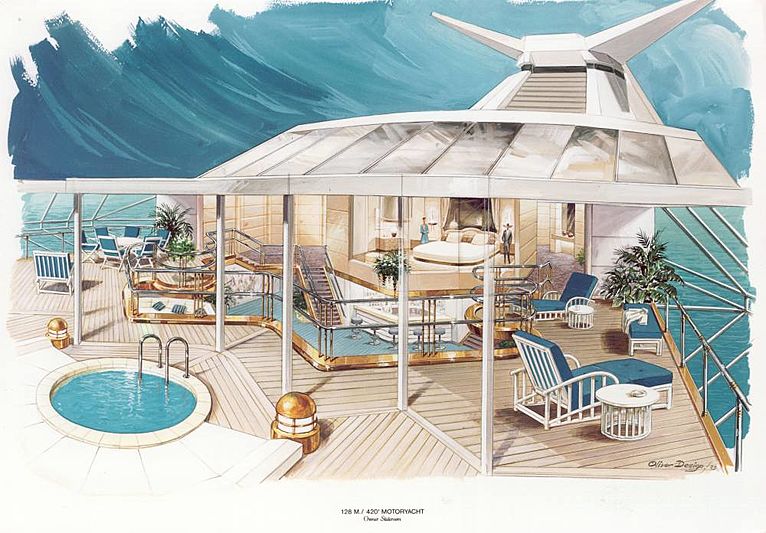 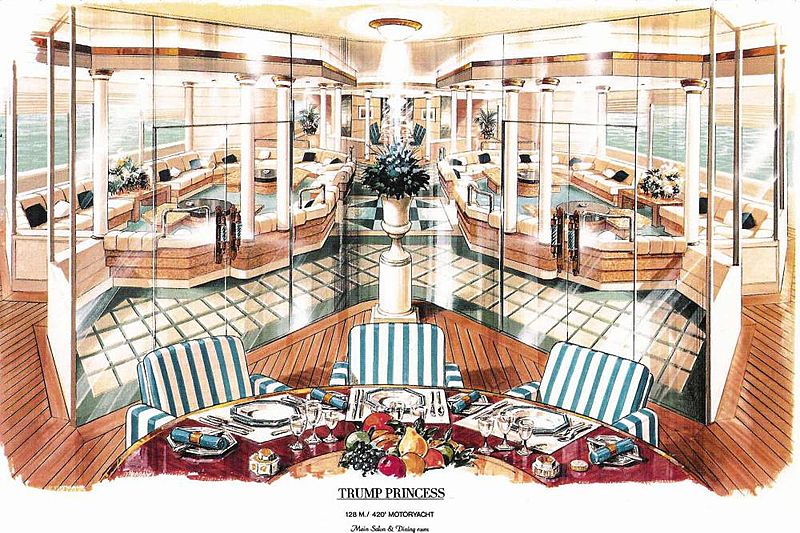 11 August 2020 06:00
Photo of the Day
Built by Oceanco and launched in late 2018, the Nuvolari Lenard-designed motor yacht Bravo Eugenia can be seen anchored off Seattle, USA this week. She is the first of...

11 August 2020 13:30
Fleet
A fire that broke out on board the motor yacht Monaco yesterday caused severe damage to the classic 39-metre CRN from 1977. The incident occurred at the Tarsanas shipy...