Turquoise Yachts has announced a collaboration with the Rome-based design studio Andrea Vallicelli on a new 75-metre superyacht. The vessel is currently under construction at Turquoise’s Kocaeli shipyard and is expected to be delivered to her owners in the third quarter of 2021. 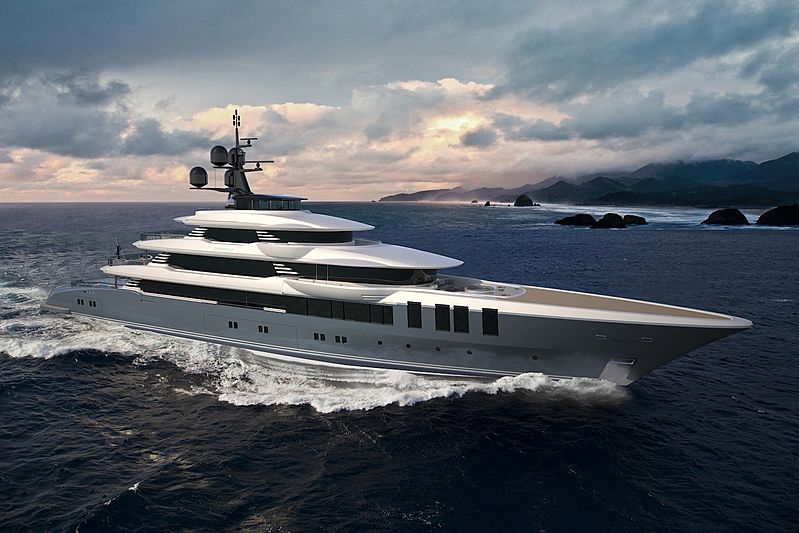 Photo: Turquoise YachtsThe superstructure and hull are styled with simple sleek lines which give the vessel a powerful and dynamic look, particularly in the geometry of the front canopies and bulwarks that surround the side decks. The low angle of the transom slope and the long forward overhang lend the yacht a long, slender, and elegant appearance, despite her interior volume of 1680 GT.

The interior comes from the drawing boards of the London-based H2 Yacht Design and includes a gym in the skylounge on the sun deck. The ship also boasts a cinema, two saloons, a bar, a steam room and a treatment room.

There are six staterooms on board this new Turquoise yacht, including the owner’s suite which has its own office, and the five guest staterooms. In addition, there will be a captain’s cabin and 10 double crew cabins.

The 75-metre yacht features a full-beam beach club which opens aft to the swimming platform and has opening shell doors on either side which convert into extended platforms to the sea. Other notable features include a touch-and-go helipad forward on the upper deck and the owner’s private exterior area which can be furnished with an outdoor dinette, sunbathing cushions and/or a Jacuzzi.  A sky lounge gym can be found on the sun deck, offering close-to 360° degree panoramic views for her guests.

The superyacht boasts three tenders - a 9.6-metre limousine tender, an eight-metre day tender and a 4.5-metre rescue tender - as well as a jet ski and wave runners.

The yacht, which is equipped with Naiad Zero Speed stabilizers, is propelled by twin CAT 3516C engines, allowing her to reach up to 17 knots.