Two units of Sarp Yachts’ 26-metre motor yacht XSR 85 are currently in-build in Turkey. Emre Sandan, Sarp Yachts’ Shipyard Manager, reported to SuperYacht Times that production of the first hull is “70% complete”, with the second hull “58% complete", and both are expected to be delivered later this year. A third superyacht, the 62-metre Nacre, is also currently underway at the shipyard, with her hull and superstructure already complete. 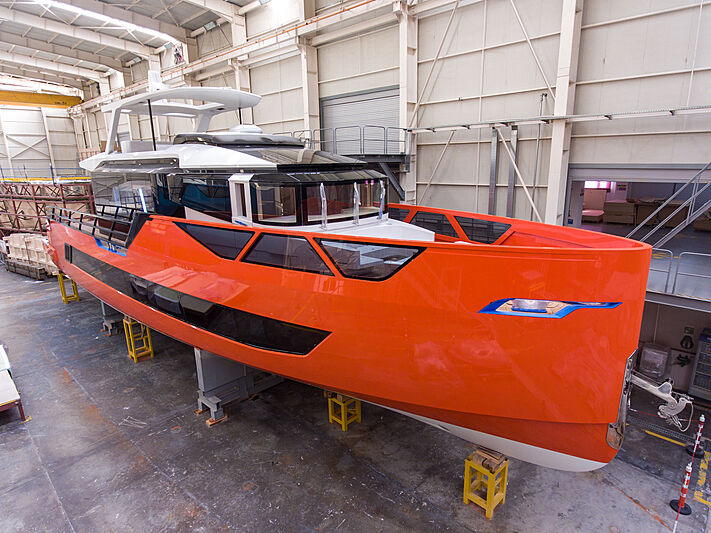 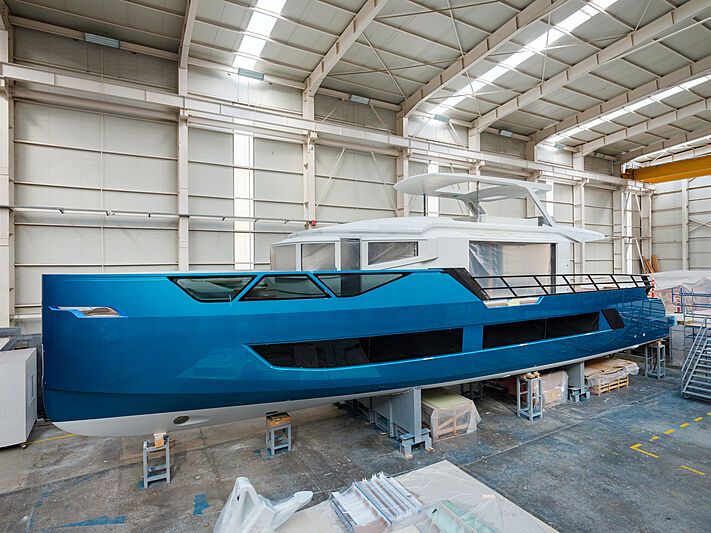 Both units of the XSR 85 feature naval architecture by Dutch architects Van Oossanen Naval Architecture, and exterior design by Turkish design studio, Red Yacht Design. The first yacht sports a bright orange-red hull, and the second has been painted in a cool blue tone, both are to-be completed with Boero Yacht Coatings. 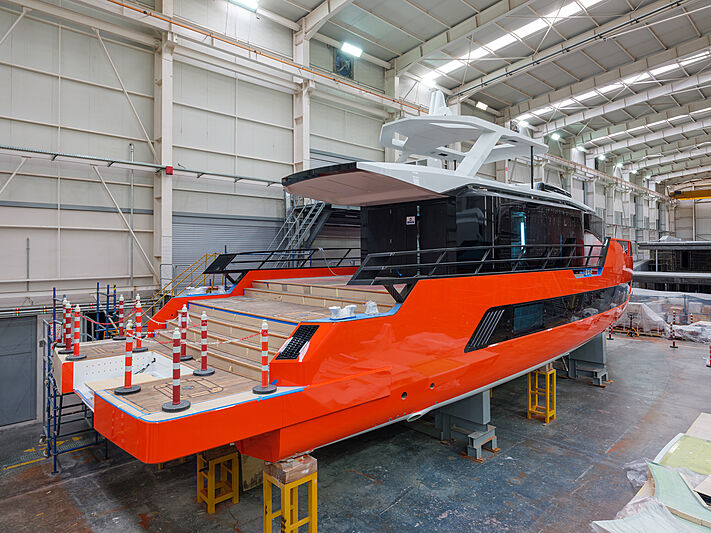 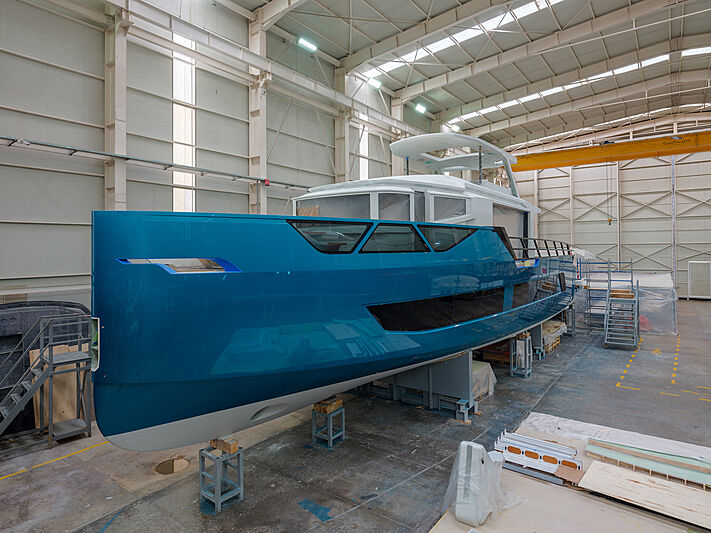 The 125 GT yachts feature the same interior construction across their three decks, but feature interior stylings from different designers, with the first hull’s interiors penned by Red Yacht Design and the second by Art Line. Though styled differently, each yacht sports a spacious main saloon with a lounge area and coffee table that can be converted into a dining table, a central bar table and wheelhouse to the fore. The aft deck is accessed via glass sliding doors from the main saloon. 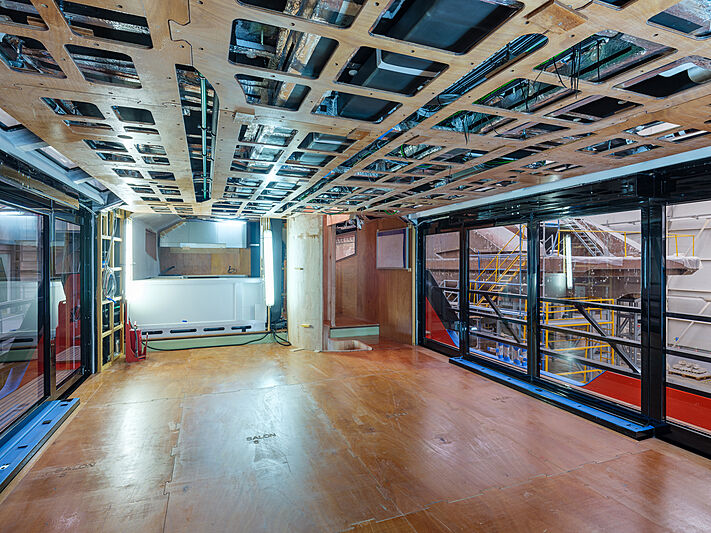 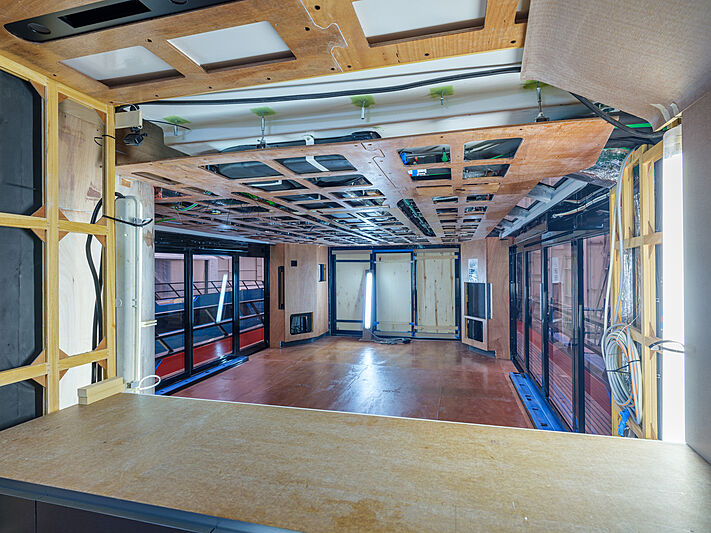 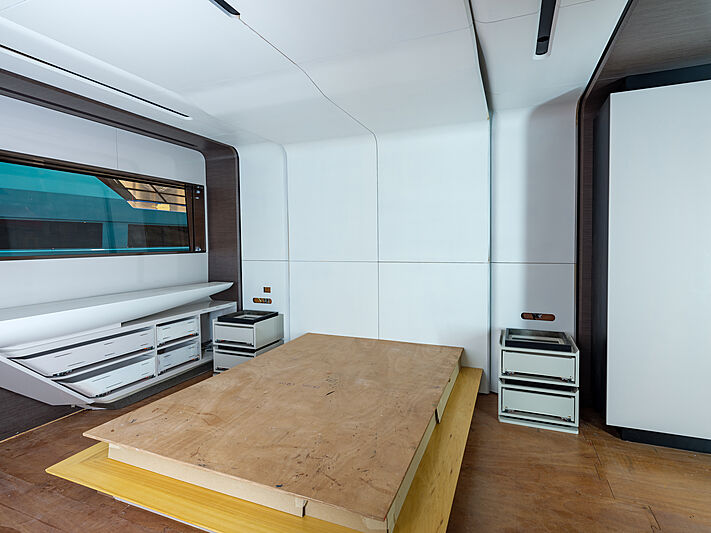 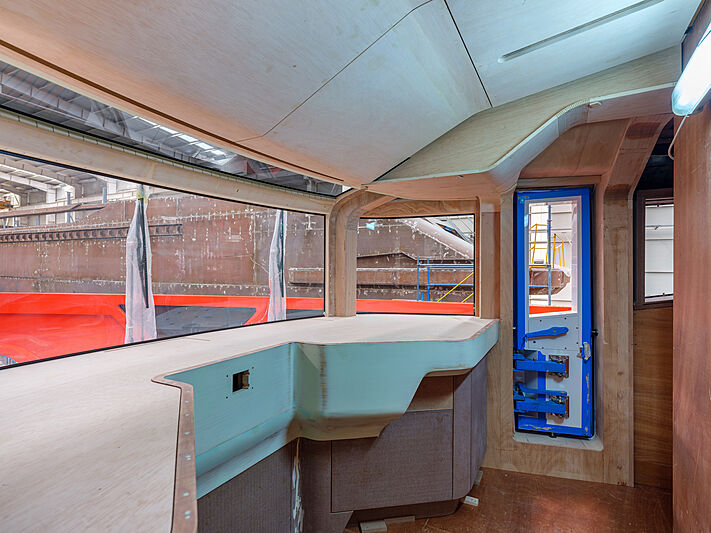 Up to eight guests are accommodated aboard the XSR 85 across four staterooms, all situated on the lower deck, consisting of a full-beam owners suite with an en-suite bathroom, a full beam VIP cabin and two double cabins. The lounge area can be converted into additional accommodation if necessary. A crew of four is also hosted on board. 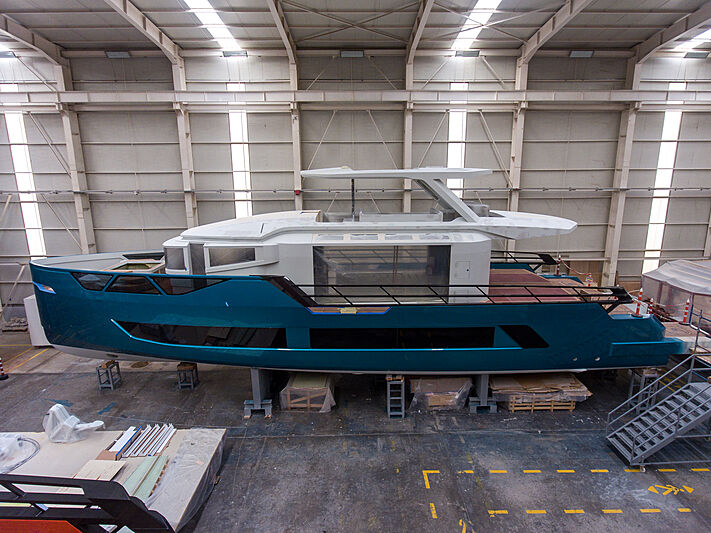 Outside, the sun deck features a second helm station and a lounge sofa suitable for a dining set-up, as well as a bar table with seating. The decking is outfitted in solid teak. Storage space for the owner’s tenders and toys will be accommodated into the specifications of the design, fulfilling the specific requests of the owner. 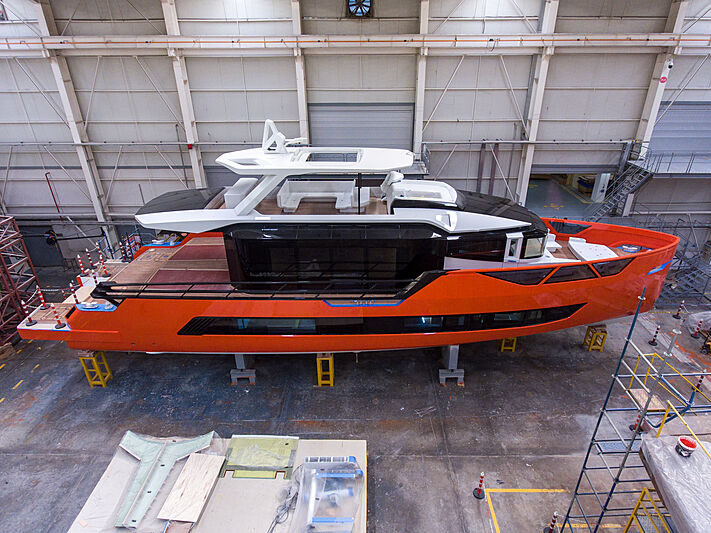 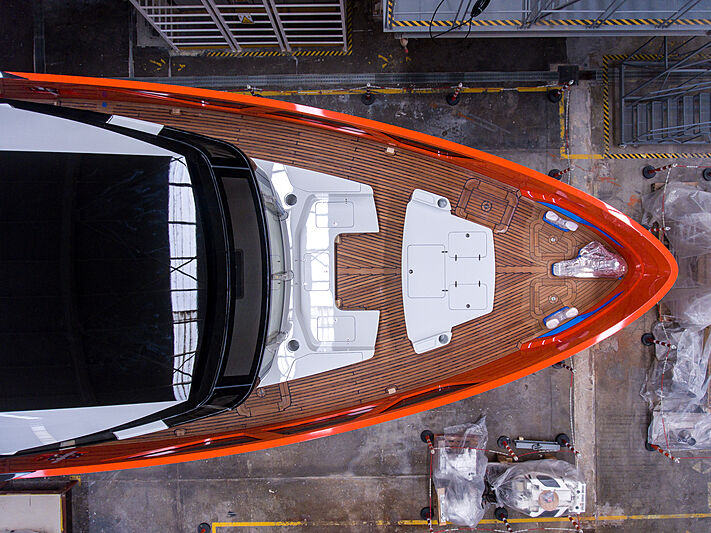 Performance-wise, the first hull of the XSR 85 features twin MAN i6-800 diesel engines, which allow her to reach a maximum speed of 21 knots and cruise comfortably at 12 knots with a 1,000 nautical mile range. The second hull features a hybrid propulsion system that can run entirely on her two Green Machine electric engines with battery banks.

Construction on 36m Westport 117 back on track