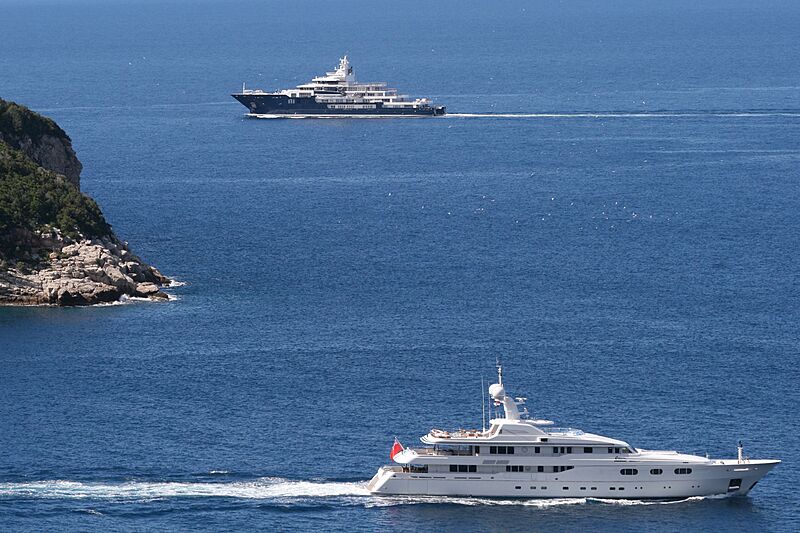 Photo: LukoSeen here cruising off the Croatian coast last summer are the two superyachts Ulysses and Petara. The super explorer Ulysses was built by Kleven in Norway and completed at Dörries Maritime in Bremerhaven in 2018 when she was delivered to her original owner. The project brought together designers RWD, Marin Teknik and Oscar Mike. Ulysses’ massive volume allows her to carry an armada of toys and tenders, most notably the 68-foot custom Princess yacht that is secured on her foredeck.

The 58.2-metre Turquoise yacht Petara dates back to 2005 when she was built for her experienced owner who previously built a 53.4-metre project with the same yard in 2002, now named Tales. The yacht’s interior is by Federico Studio Celeste and is finished in a neutral style with classic cherry wood joinery and space for up to 12 guests over two decks.