What will soon become one of the world’s largest dedicated luxury explorer yachts, the 107m Ulysses, is currently preparing to depart the German port of Bremerhaven where she arrived in August last year having left the Kleven shipyard in Norway to be outfitted by Dörries Maritime. According to Henning Dörries, the yacht is set to depart Germany before the end of the month. 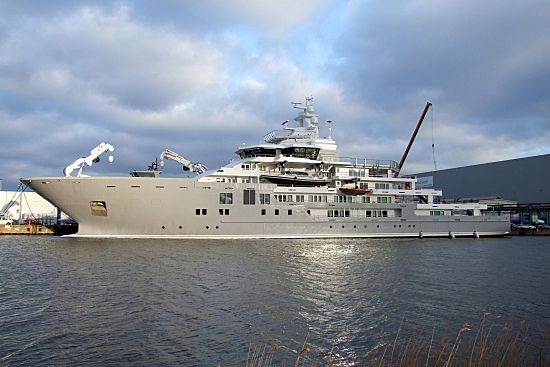 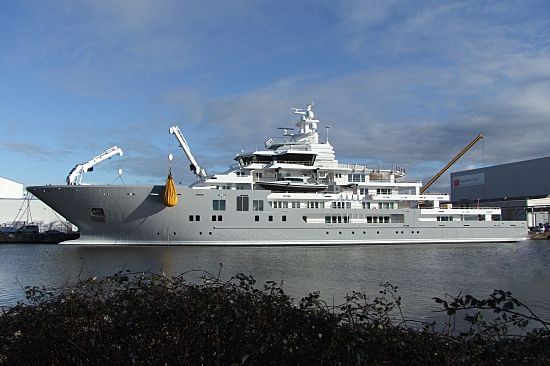 In these photos taken by superyacht photographer Christian Eckardt, Ulysses can be seen with all her tenders in place on deck, including the her huge 21m Teknicraft tender from New Zealand. The craft was lifted in place onto the bow by the two gigantic on-board cranes on a foggy morning in Bremerhaven. 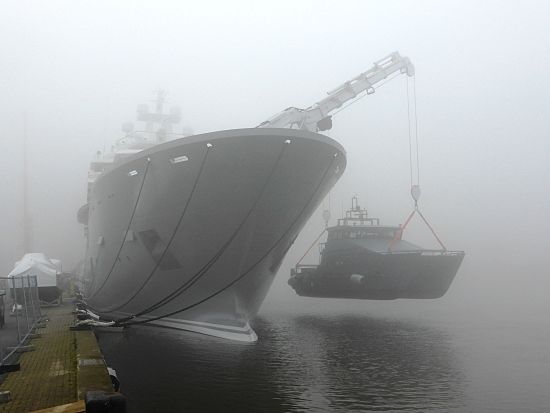 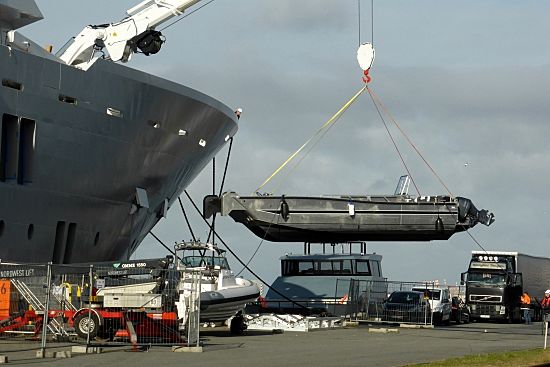 Another 116m version of Ulysses is currently under construction at the Kleven shipyard in Norway. 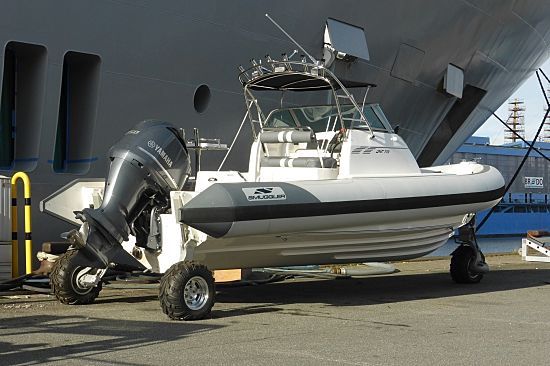