Ever since the unveiling of the first Ulysses explorer yacht (now Andromeda) by Kleven in 2015 and the announcement back in 2014 that a second, larger version will also be built, these two projects have been followed with great interest by our readers from all over the world. To answer some lingering questions and put to rest any speculation about the two vessels (in their original states), we felt that a closer look at these two Norwegian superyachts was needed. The following recreated images will give you a better idea of the Ulysses evolution as captured on each of their maiden voyages shortly after delivery in 2016 and 2018 respectively. 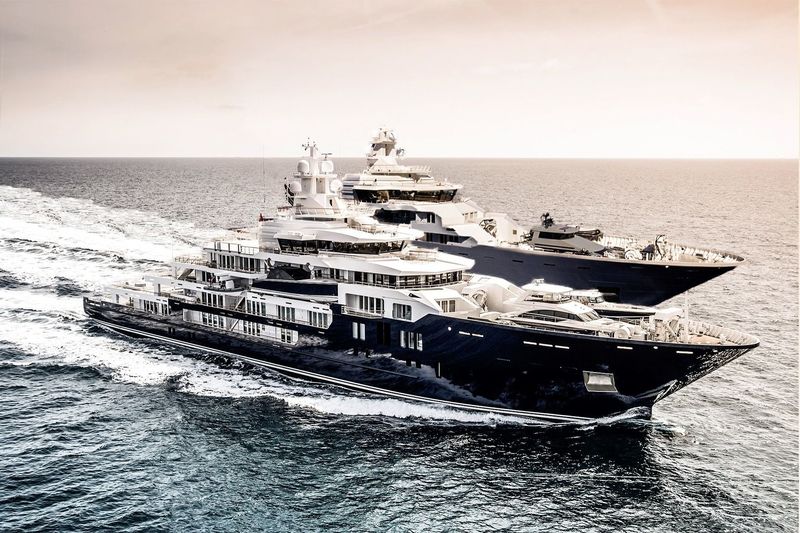 Both Ulysses (blue hull) and Andromeda (grey hull) were commissioned by the same experienced owner and built at the Kleven shipyard in Ulsteinvik, Norway and later moved to Bremerhaven in Germany where the two vessels were outfitted to a superyacht standard. Andromeda is around nine metres shorter than her sister at 107 metres compared to Ulysses’ 116 metres total length. Both yachts are built on the same MT5006 MKII platform and therefore only really differ in length more than their shared height, draft and beam.

Noticeable differences are visible in the forward section of the superstructure below the bridge, where the owner’s apartment on Ulysses now have wrap-around forward-facing windows as opposed to Andromedas’ totally enclosed and upward-angled forward bulkhead. Two extended viewing decks have also been added to Ulysses’ design just below the crow's nest and ahead of the wheelhouse. 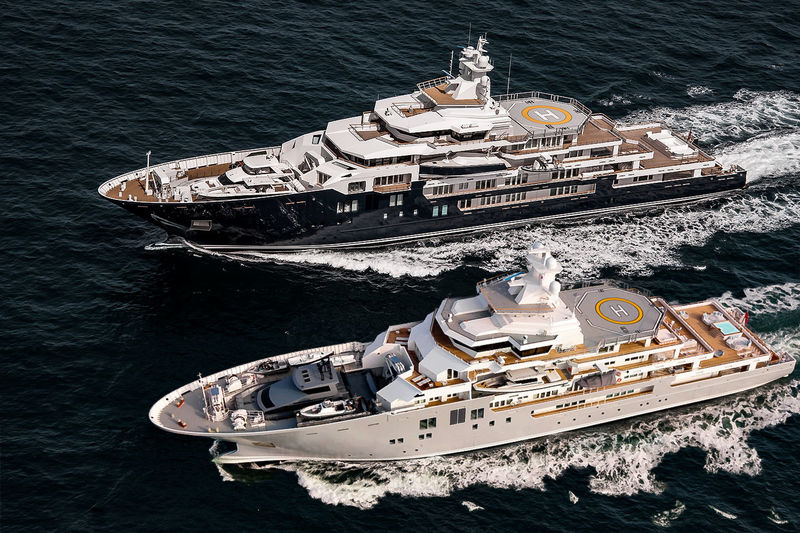 The forward well deck and overall tender-storage capacity remain largely the same on the two yachts except for the touch of synthetic teak that gives Ulysses a more refined look on the foredeck. The tenders themselves, however, differ greatly to those on Andromeda. The famous U-21 multihull dayboat on Andromeda’s bow has been ditched for a more refined Princess 68 on Ulysses and the two 14-metre Naiad RIBs from New Zealand on each side of the owner’s deck have been replaced by two custom Van Dutch runabouts. Click here for more detailed images of Ulysses's tenders.

Ulysses’ helicopter-carrying capabilities too have been untouched and like her smaller sister is capable of accommodating a Bell 429 or ACH135 on the landing pad, or in the helicopter hangar that comes complete with its own refuelling station.

Of course, there are many more elements that sets Ulysses apart from Andromeda such as her custom RWD interior and reimagined deck spaces, but as the yacht remains covered under a veil of secrecy, these details will, for now, remain a mystery. 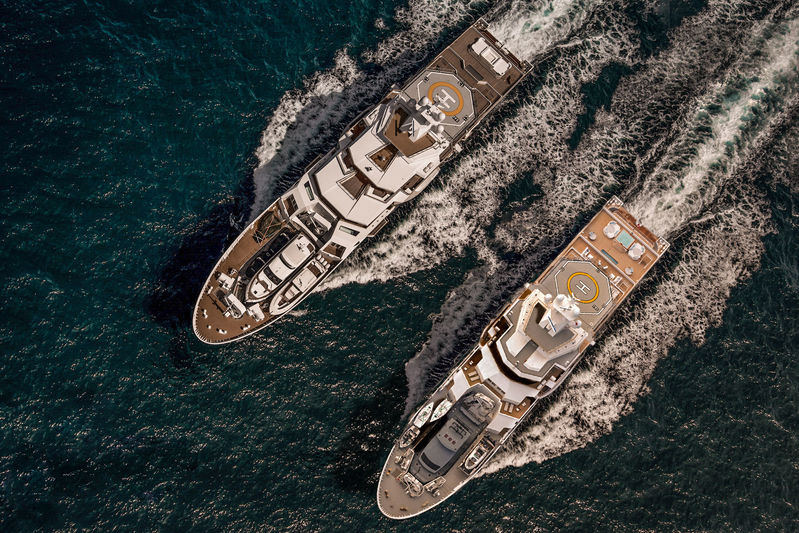 Since these images of Andromeda were taken in 2016, the yacht received some notable cosmetic changes ahead of the yacht's change of ownership in late 2017. Andromeda today cruises with a freshly-painted hull that is finished with a smooth layer of fairing and a high-gloss layer of dark grey paint. The owner's suite also received a new fixed balcony on either side that has drastically opened the apartment to more natural light and fresh air when needed. 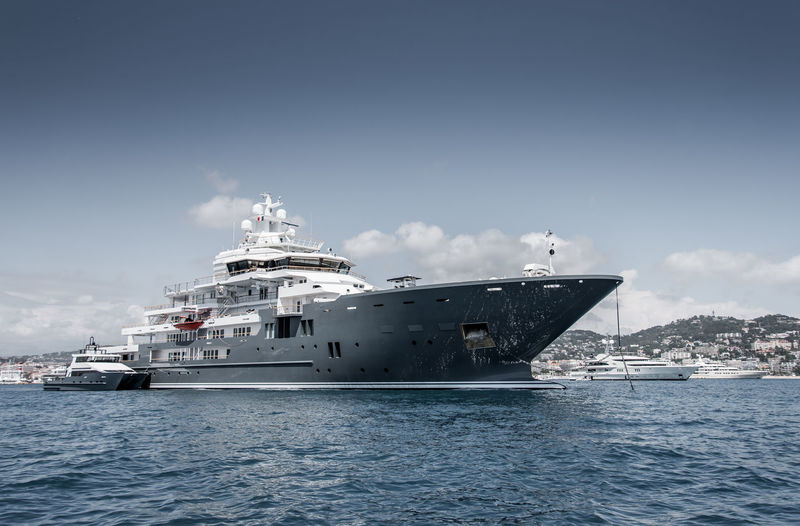 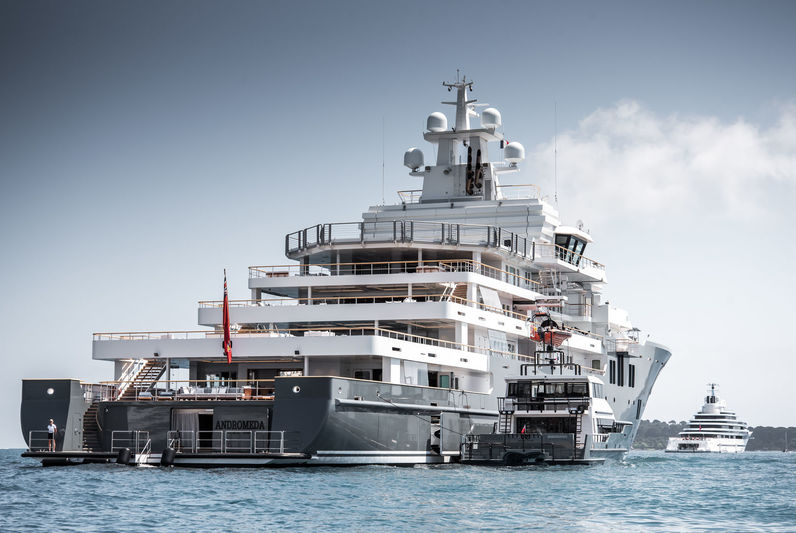 Since she changed hands, Andromeda has circumnavigated the globe with her new owner and recently returned to the Mediterranean where she is currently based. Ulysses too is spending time in the Mediterranean on her maiden season and many will no doubt be waiting to see which parts of the globe she is to explore next. 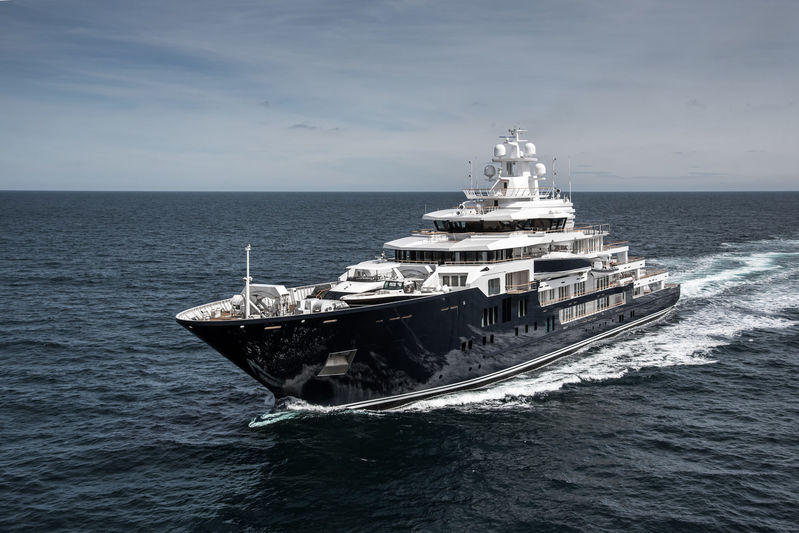 Ulysses: the hunt for a Viking explorer

Perspective: Dilbar VS Kismet on the North Sea