Home > News > Up for grabs: 50m Sensation superyacht project to be scrapped in March

The Kiwi demolition company, Ward Demolition Limited are to scrap the 49.5-metre Sensation Yachts project SY32 in March this year. The project remains for sale which consists of a completed hull and superstructure on which work seized the mid-2000s following financial turmoil that the company faced during the time. 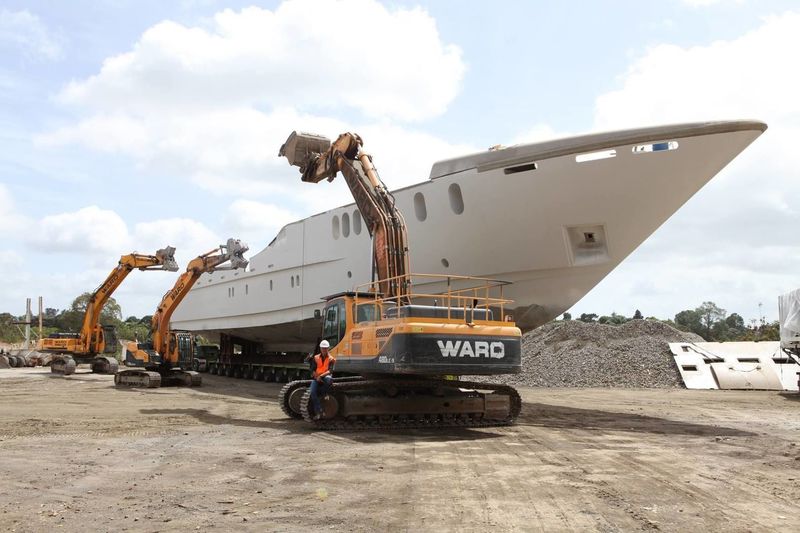 Along with the project, the entire former Sensation Yachts facility in west Auckland is also being dismantled and scrapped. The project is the last motor yacht that the New Zealand shipyard was working on before liquidation. 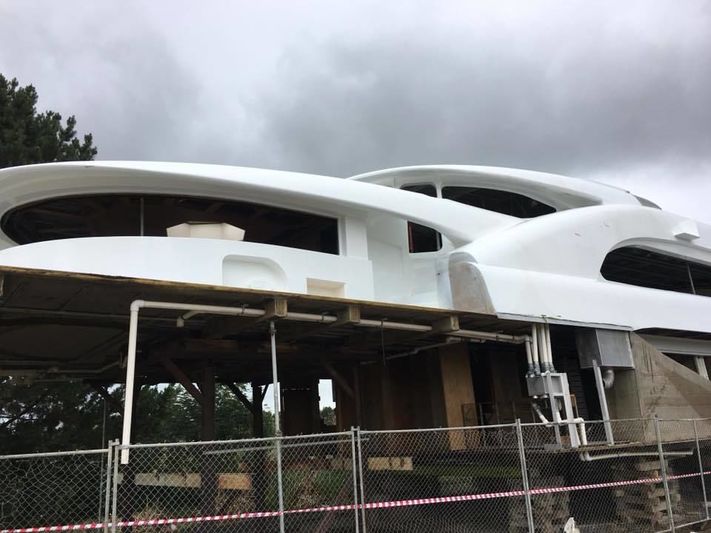 Now belonging to Ward Demolition, the company is hoping to find a buyer for the project before it goes under the knife in March this year when it will be scrapped.