Following the unveiling of its Utility Platform 40 (UP40) in June this year, the Italian brand Antonini Navi has showcased its latest superyacht design based on the modular steel platform: the UP40 Explorer. 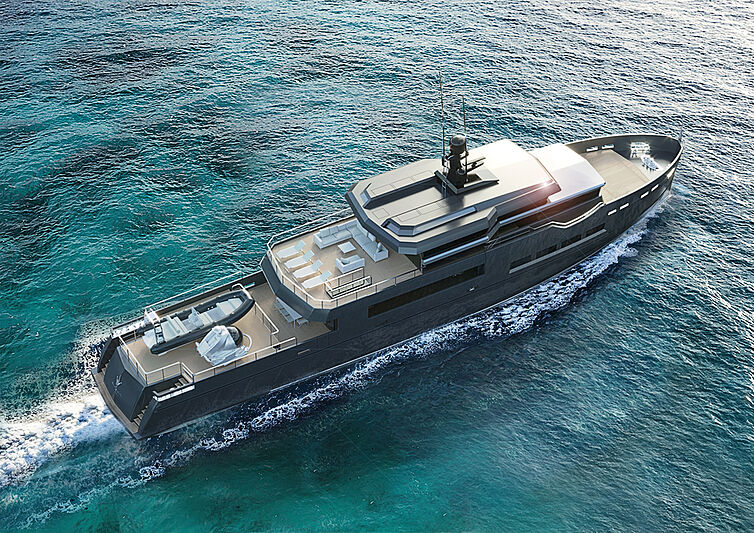 Photo: Antonini NaviAs the second of three concepts based on the platform (which allows the type of yacht and its configuration to be decided during the construction process) the UP40 Explorer is designed in collaboration with Fulvio de Simoni. 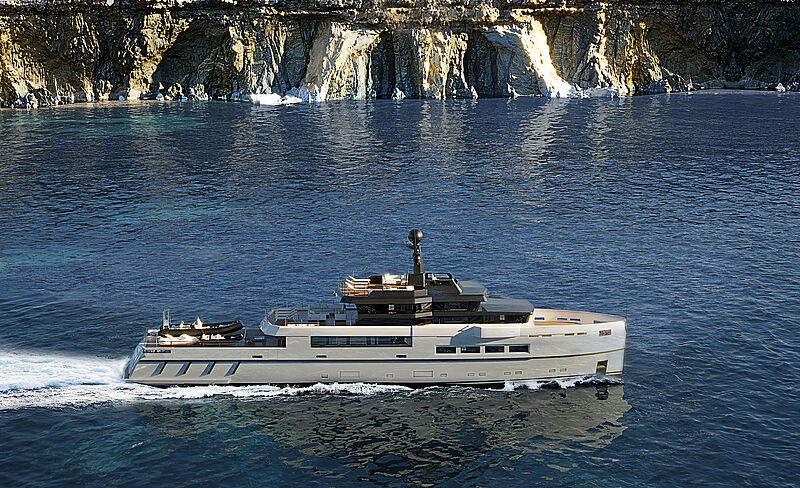 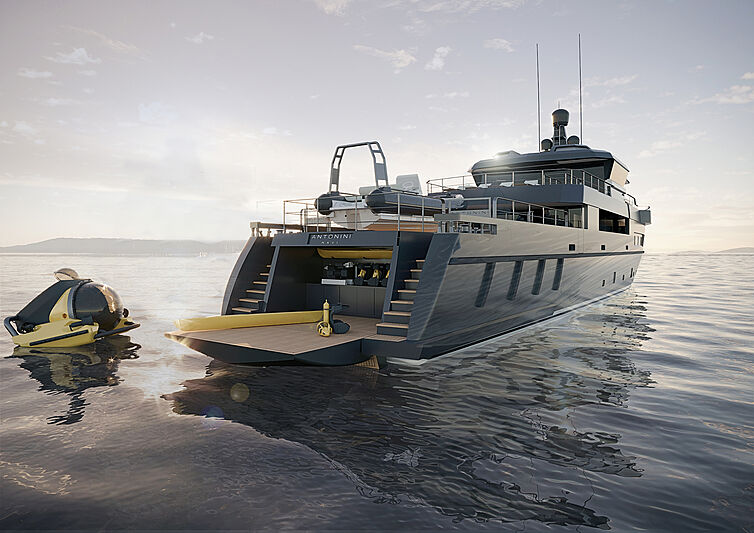 Photo: Antonini NaviThe yacht's generous freeboards feature aggressive lines, while her raised bow is based on Antonini shipyard's offshore patrol vessel designs. The design of the concept is inspired by North Atlantic tugboats and its layout can be customised to meet the needs of each individual owner. 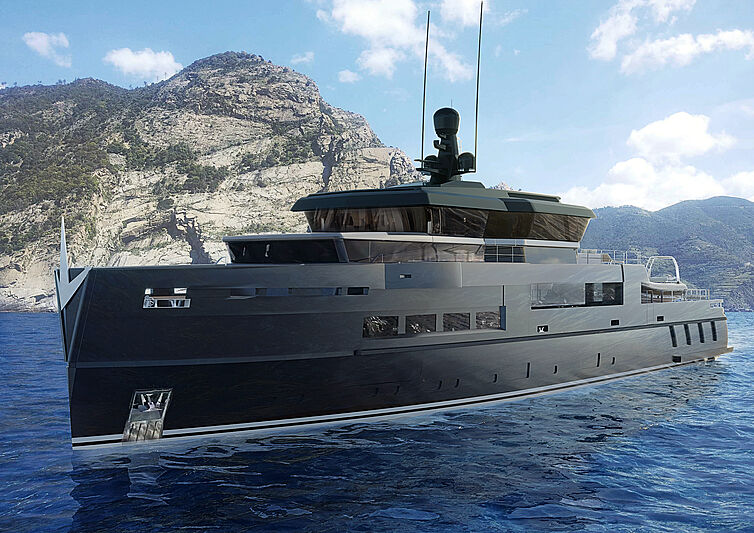 Photo: Antonini NaviThe unit will be available in two versions: Classic Explorer and Sport Explorer, which include different sundeck layouts. The Classic Explorer features a large 60-square-metre raised deck fitted out as a technical area for tenders, submersibles and water toys, complete with a launch and landing crane which is concealed under the deck when not in use.

The Classic Explorer's sundeck also features a military-style pilothouse (at a height of six metres above the water), offering excellent visibility, while the stern section is furnished with sunbeds and a sunpad. In contrast, the Sport Explorer version has more pared down styling inspired by military vessels. 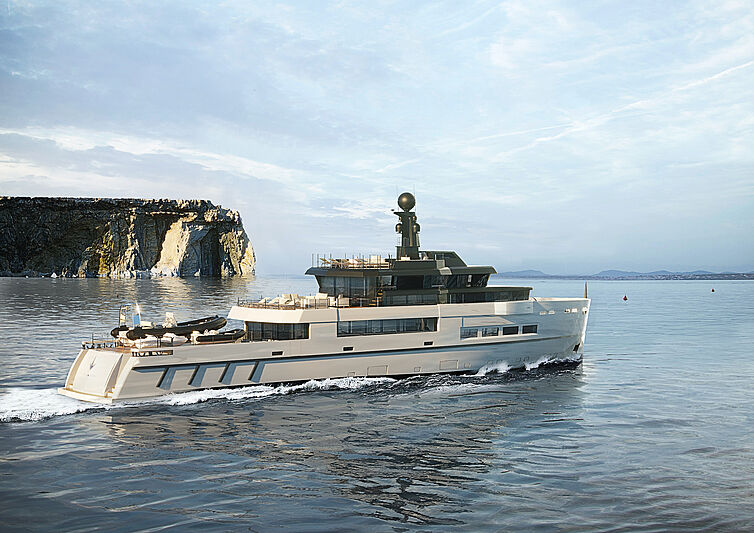 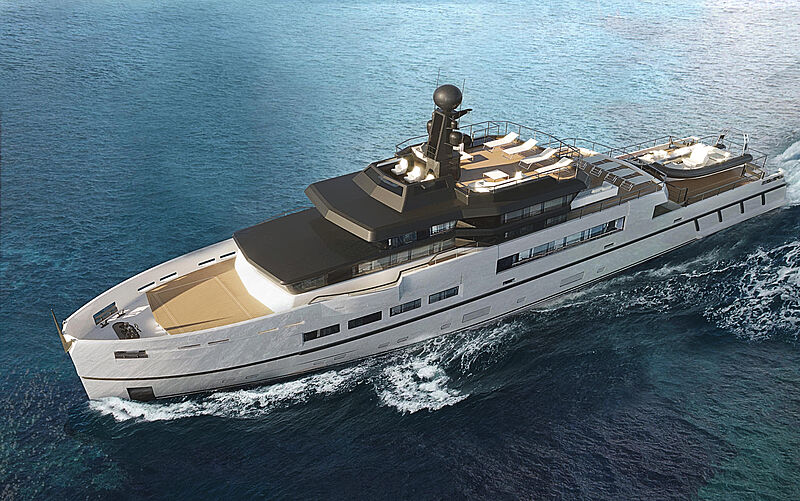 Photo: Antonini NaviThe arrangement of the decks on the UP40 Explorer places the helm station and foredeck midway between the main and upper decks, minimising the height difference and creating a sense of continuity across the entire upper section of the boat, transforming it into a huge terrace. In addition, the helm station is placed on a half deck with an enclosed bridge to improve the watch duty experience during night-time navigation. 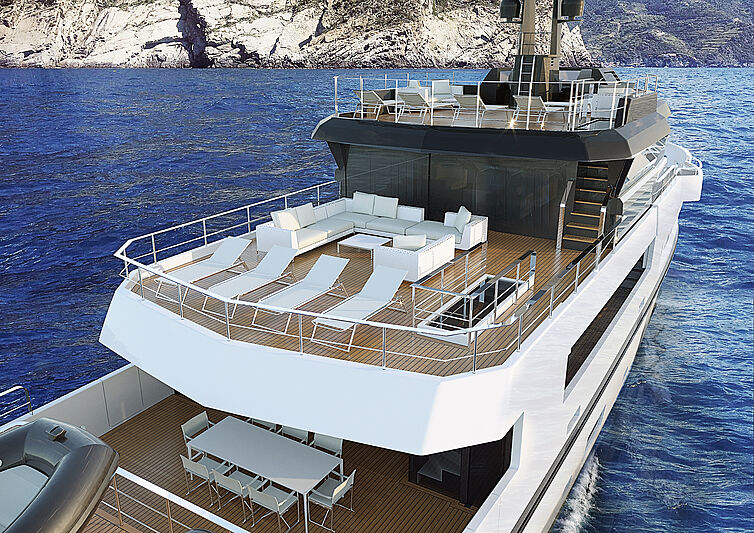 Photo: Antonini NaviDesigner Fulvio de Simoni commented: “It isn’t easy to design an Explorer today because of the sheer number of valid propositions on the market. This project also required a special effort because it is designed to share the UP40 platform, which has been extensively researched and is optimised for the various models." 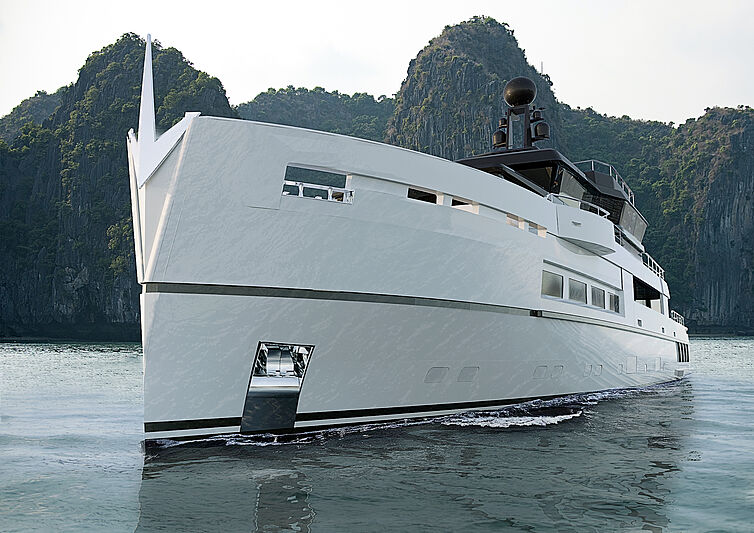 Photo: Antonini NaviHe continued, "This challenge sparked our creativity and encouraged us to seek out original solutions. In wanting to give this boat an exacting, almost military feel, my aim was to create a comfortable, reliable and safe unit that can be extensively customised, for extended cruises and long periods spent on board at any latitude and in any season. Hull optimisation ensures excellent seakeeping and a long range.” 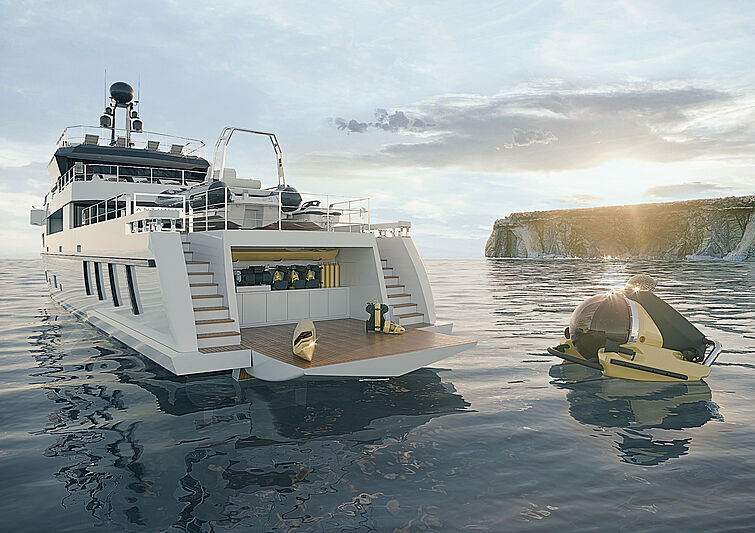 Photo: Antonini NaviIn order to test performance, static and dynamic testing of the hull, hull lines and appendages was performed at the MARIN Maritime Research Institute in the Netherlands, simulating extreme conditions to ensure seaworthiness.

Thanks to the vessel's large fuel tanks and her particular focus on efficient cruising, the UP40 Explorer would have a range of over 6,000 miles at 11 knots, as well as a top speed of around 15 knots and cruising speed of 12 knots. 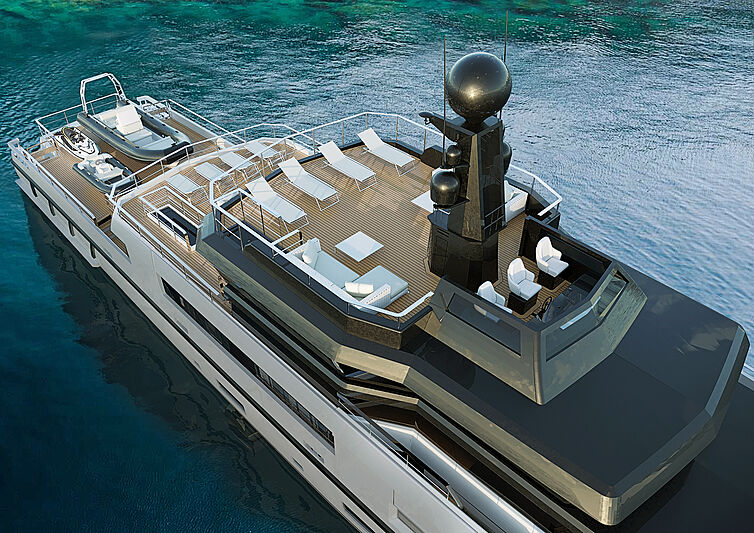