Super Yacht Auction, the new auction platform for super yachts (> 24 metres), presents its second global auction. This new auction is for a 37.00 metres classic motor yacht built by the Picchiotti‐Perini shipyard in Viareggio, Italy in 1955. The auction will be open for bids until April 5 next, 14:00 h. (UTC+1). Super Yacht Auction have two other super yacht auctions lined up for April and May. 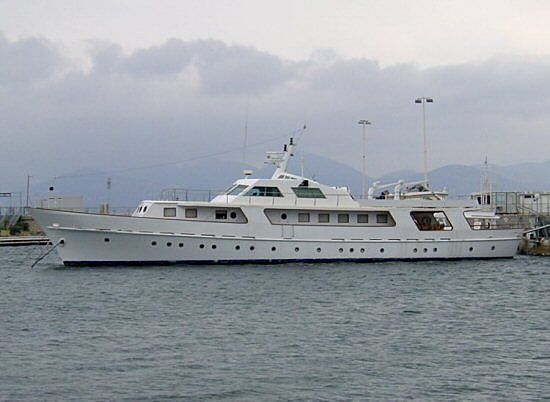 Motor yacht Liberty S is moored in Port Saint Louis, France, ready for inspection. Viewing takes place Saturday March 27 from 12:00 to 18:00 hours. Address: Marina Napoléon, Presqu’île du Mazet, 13230 Port Saint Louis, France. Previous and upcoming auction (April) The highest bid (€ 800,000) for the 100 ft Classic Schooner was not awarded and is currently in negotiation. A 35 metres classic sailing yacht, built and designed by the famous Camper and Nicholson, will be the third super yacht auction in a row. Viewing will take place in Monaco.

Professional yacht auctioneers Super Yacht Auction is a subsidiary of Vessel Auction which specialises in the organisation of online (175 per year) and public auctions of boats, ships and yachts. Every yacht on auction is presented to thousands of registered bidders. Bids are irrevocable and unconditional. Yachts are sold in the condition as they are at the time of acceptance (“as is where is”). Both online and public auctions take place under the official supervision of a bailiff firm or notary public. In order to serve super yacht brokers and owners worldwide Super Yacht Auction is located worldwide. Super Yacht Auction is Register Auctioneer Ships & Yachts and sponsor of Dutch Association of S+P Ship‐ and Yacht Brokers.