Last Tuesday we announced the launch of the 133m hull 681 from Peters Schiffbau in Wewelsfleth. During the construction the project was known as May, but Lloyds Register revealed her final name, Al Mirqab. The yacht, with IMO number 1009223, will be classed with Lloyds Register and she will fly the Cayman Islands ensign.

Build for Middle Eastern Royalty, she is the successor to their 95m Oceanco yacht, which was sold last year. The following photos of Al Mirqab were made yesterday by Torsten Bolten: 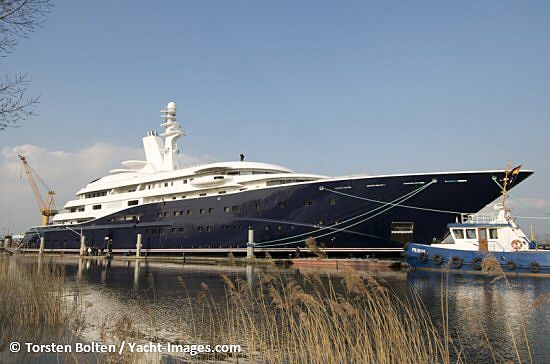 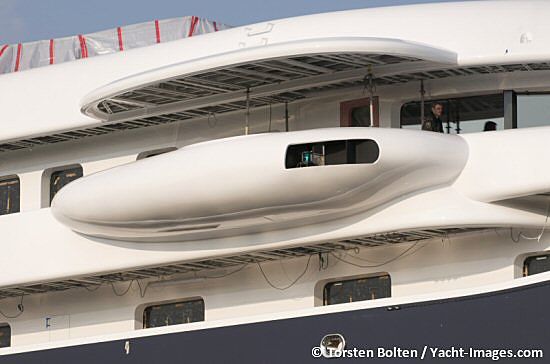 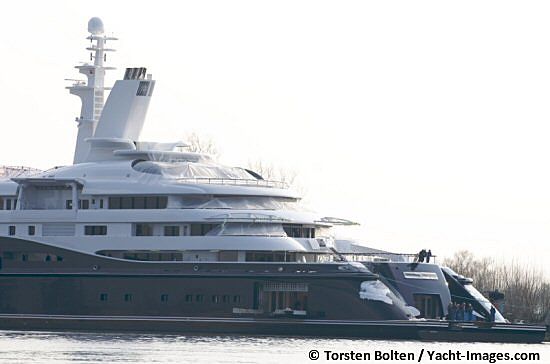