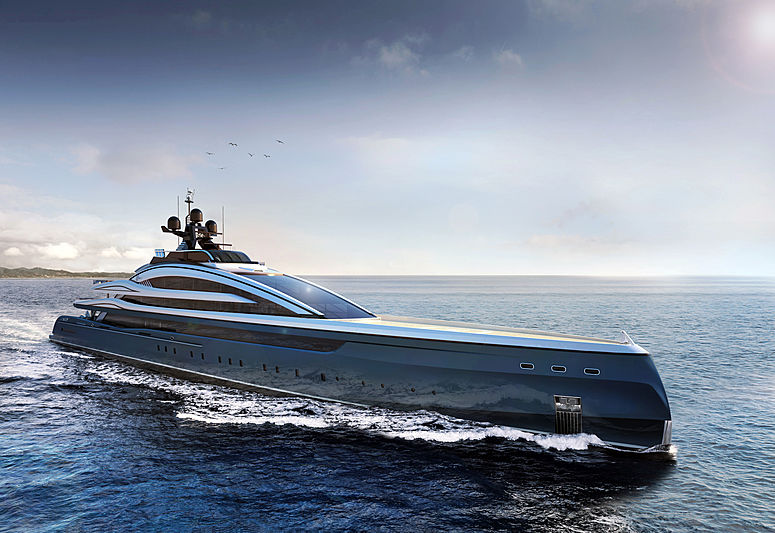 Photo: HydrotecDeveloped around the idea of efficiency and high performance, the all-aluminium superyacht was designed to be both light and fast and features a matching sporty aesthetic. The sleek design has a beam of 12.5-metres, more than a metre less than average for yachts in the same size range and a draught of 3.5 metres, which ensures Crossbow will be able to cruise in shallower waters. 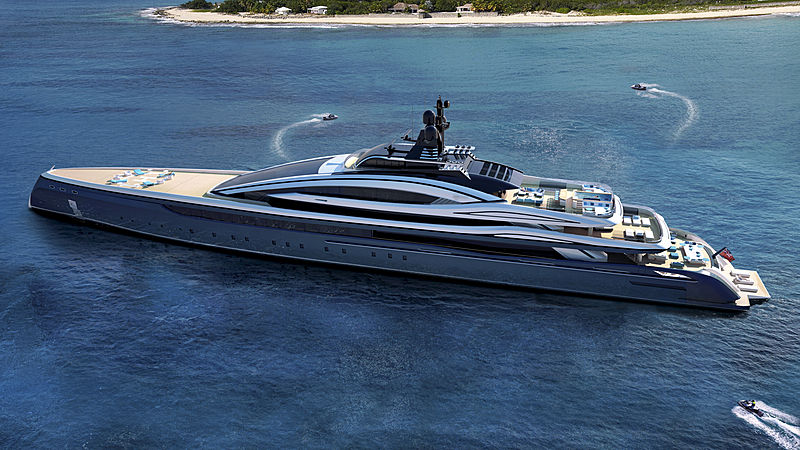 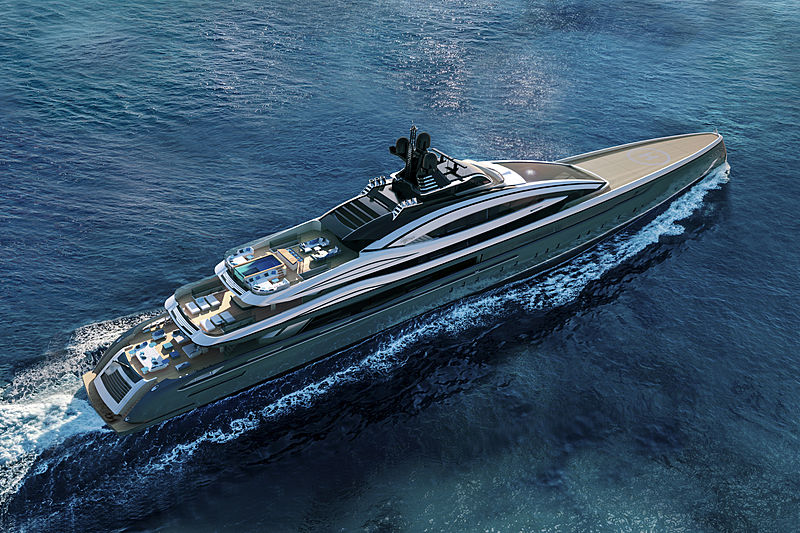 Photo: HydrotecThe exterior deck areas were also created with higher speeds in mind, featuring light fixed furniture and sufficient window protection. The sleek, arrow-like design is also reflected in the estimated performance for Crossbow, which is set to reach a top speed of 25 knots when powered by twin MTU 16V 4000 M93L engines. Able to accommodate up to 16 guests in eight double cabins, Crossbow’s crew quarters located on the lower deck can accommodate up to 32 people. 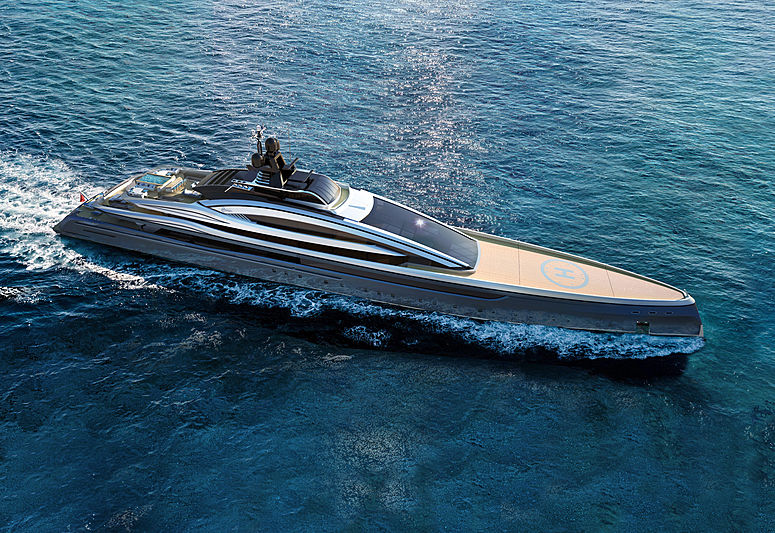 Photo: HydrotecFollowing the updated renderings of project Crossbow, which show the continuous glass curved windscreen in greater detail, Hydrotec has received a lot of interest from the industry. “After the Monaco Yacht Show this year we received even more interest to develop new designs based on the core principles of project Crossbow,” says Richard Partington, yacht designer at Hydrotec. “Unfortunately we can only disclose the 100-metre concept, as we are still in the design and negotiation stage of the other Crossbows projects.”