Home > News > Update on the refit of Santa Maria

The refit of the 32.89 metre classic Feadship Santa Maria is well underway in the Netherlands. I visited the yacht and her owner today, and was updated on her progress. 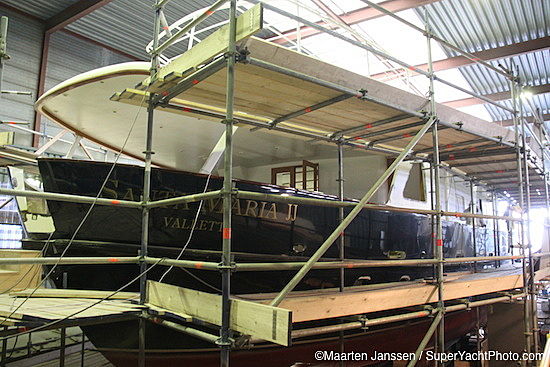 The area around her anchor pockets needed attention, and it was decided that the best way was to replace an entire section of the bow. With a new bow currently being built at the Feadship yard in Makkum, Santa Maria’s old bow was removed today. 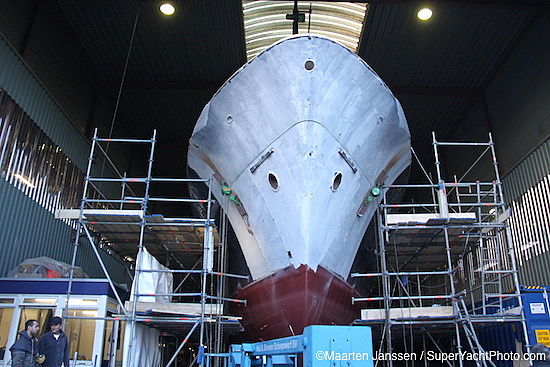 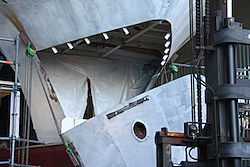 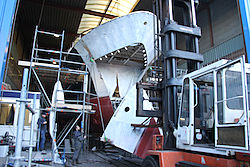 We can also confirm that most of the interior has been stripped and is read to be reinstalled, complete with new bathrooms, flooring and electrical wiring. Even though her bathrooms are being replaced, the owner decided to re-use some of the old bathroom fixtures, keeping a classic yacht charm. 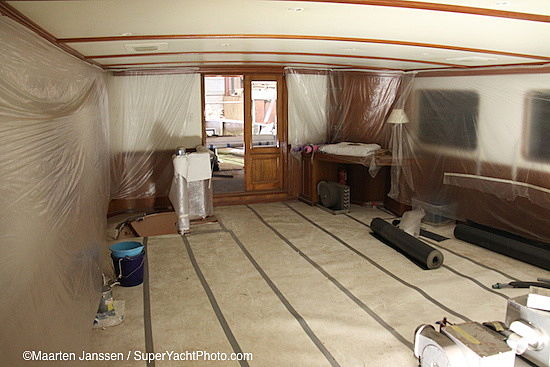 Other work still be completed within the extensive refit is the installation of Zero Speed Stabilisers. Most of the connections between the steel hull and the aluminium superstructure have been replaced in recent weeks, as well as the steelwork underneath the wooden caprails. 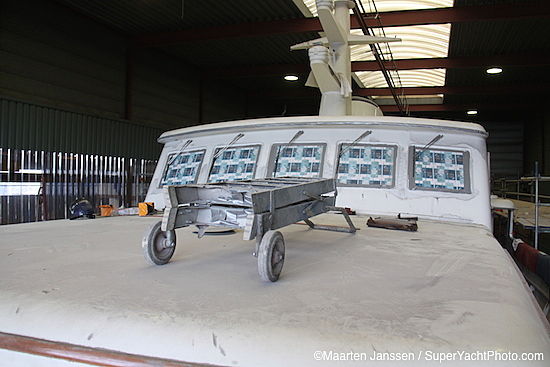 With completion due in April 2015 - just in time for the start of the summer season where she will cruise the western Mediterranean - Santa Maria’s refit is well on track.

Her owner says, "We decided to make the refit as thorough as possible. Until now we have been stripping her and we have now reached the point where we can start putting her back together, which is a great feeling."

SuperYacht Times will be following the refit of this classic Feadship, which is managed by Dutch Maritime Partners, closely over the next few months.