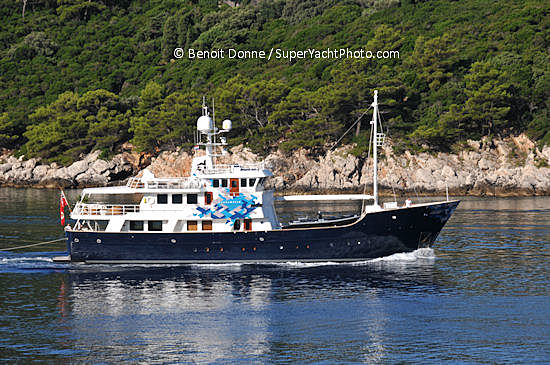 Built by the Vitters shipyard in 1998 with naval architecture, exterior and interior design by Vripack, Dardanella is powered by twin 475hp Caterpillar 3408E DITA diesel engines which enable her to achieve a top speed of 13 knots and cruising speed of 12.5 knots.

November 09 Update: The fire started in one of the yacht’s lowerdeck staterooms. There are no injuries.
November 10 Update: We received news today by a source close to the incident, that the fire was only a small electrical fire which started at an outlet in one of the guest rooms. It was was quickly contained. There is minimal damage and the local authorities were called in accordance with vessel policy.

If you have more information on the fire, please contact us at [email protected].