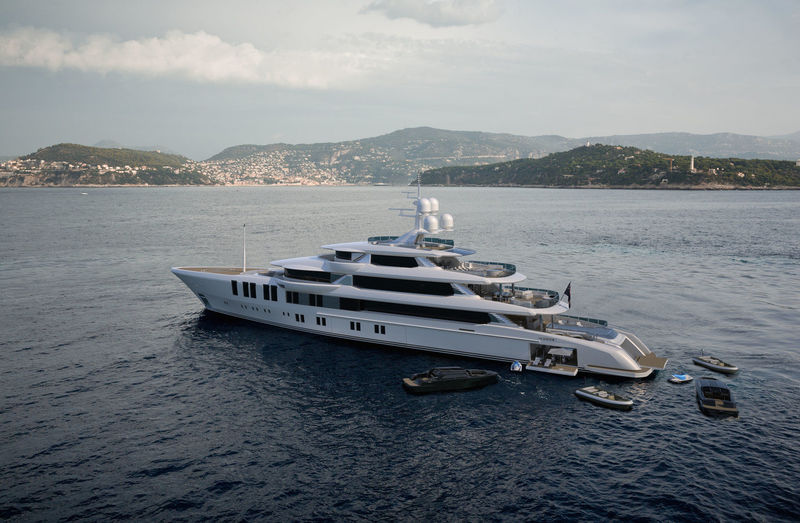 Despite having four exterior and four interior decks available to guests and spanning an impressive 14.2 metres across, the vessel’s size remains manageable with an internal volume of 1,558 GT. On offer is a full-beam beach club at the stern, a flush foredeck with a touch-and-go helipad and a multitude of side terraces available to owner and guests. On the main deck aft, a 7-metre swimming pool stands out as one of the outdoor highlights of the project. 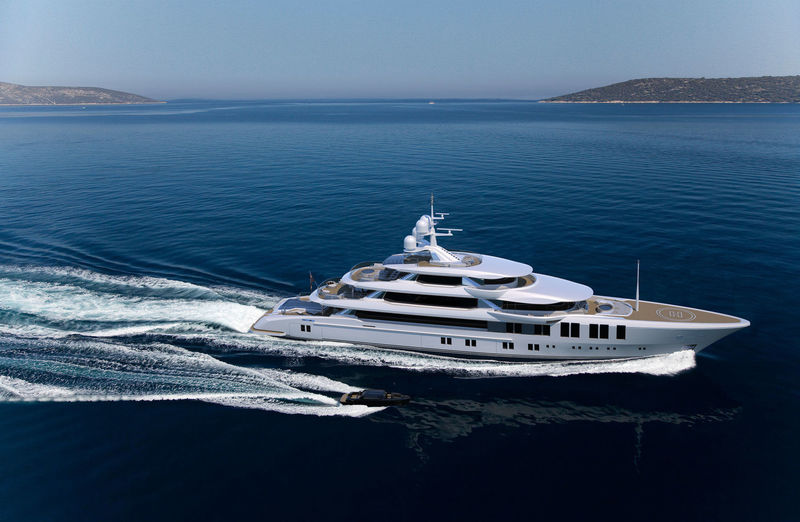 The owner’s private apartment can be clearly identified from the outside with its wrap-around forward facing series of windows on the upper deck that gives one a good feeling for the amount of light that will be on offer in this spacious suite. Ken Freivokh managed to set up the internal layout to match the elegant proportions of the exterior whilst also keeping things simple on the inside and easy to move around in. “The idea is to achieve a layout that has complete integration between the decks and key internal spaces,” says Freivokh, “with everything designed to maximise the continuity of the yacht’s lines as well as long sightlines.” 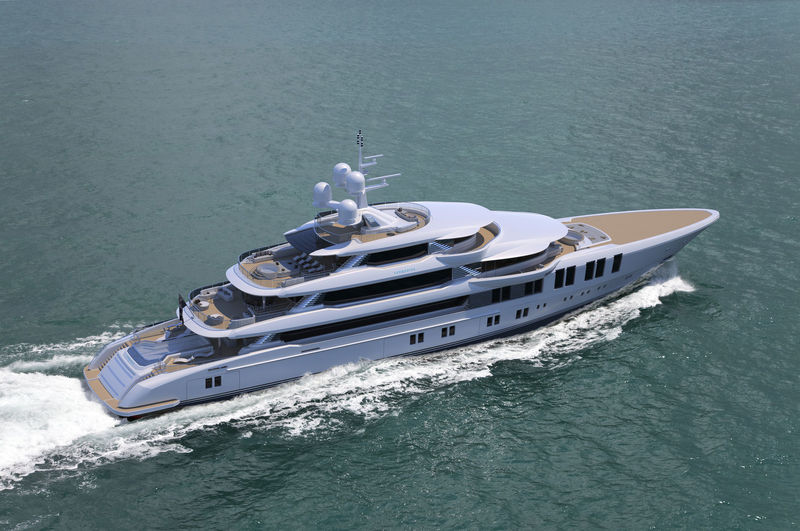 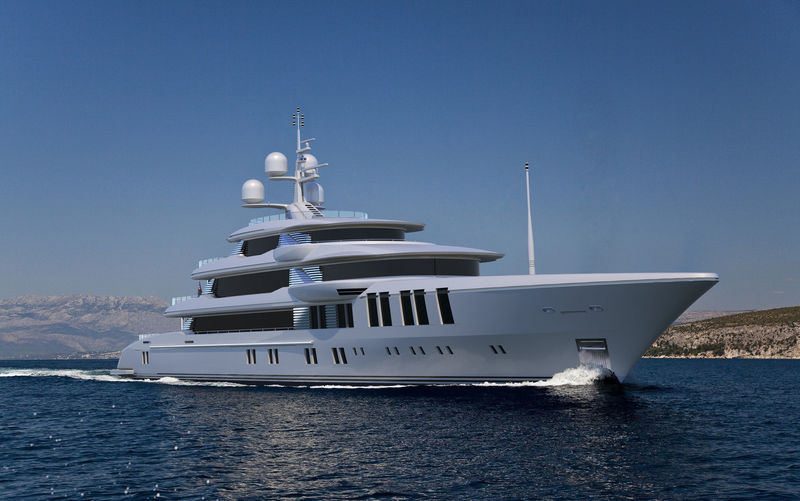 12 guests in total are accommodated in six separate guest cabins, however, certain suites can be connected to create oversized VIP saloons for additional meeting spaces on board. 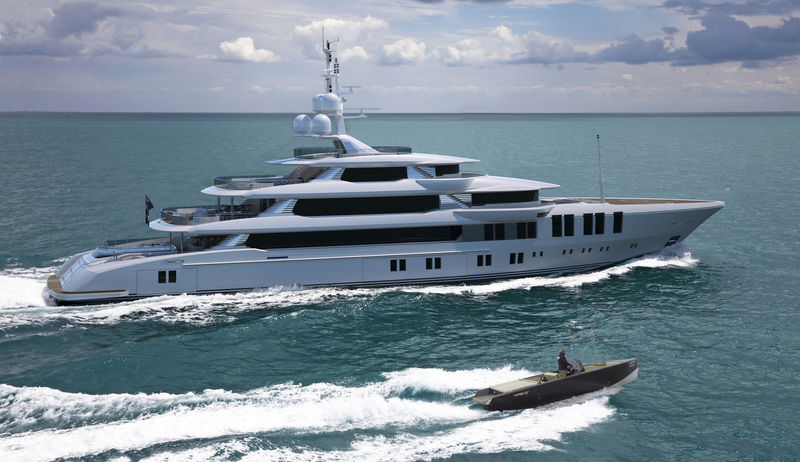 In addition to the 74-metre project, Turquoise is also working on a 77-metre motor yacht designed by H2 Yacht Design that will be completed in the summer of 2018. Also in build is the 66-metre Nuvolari Lenard-designed project that started taking shape at the end of last year.