Dutch shipyard Van der Valk has announced a new order of its Raised Pilothouse range of superyachts that is currently under construction. The European owner is expected to take delivery of the 26-metre motor yacht in the summer of 2020, with her hull and superstructure on track to be completed this autumn.

Photo: Van der Valk
The Waalwijk-based shipyard is responsible for the vessel’s naval architecture, with Guido de Groot producing the exterior and interior styling from his drawing boards, taking inspiration from the yachts Grey Falcon and Nicostasia for a sophisticated and minimalistic look. The superyacht can sleep eight guests across four staterooms and accommodate up to three crew. 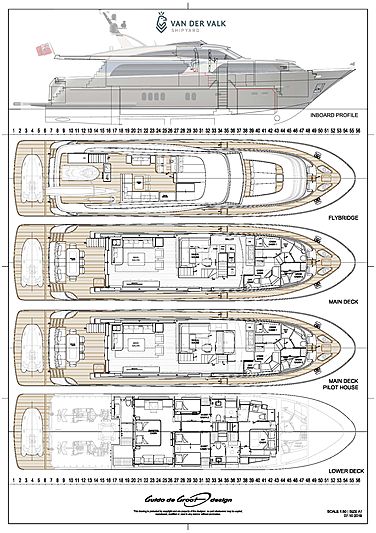 Standout amenities on board will include a dinette on the flybridge and in the main saloon, a hydraulic swimming platform, and twin MTU 12V 2000 M96L engines, the largest to ever be installed on a Van der Valk Raised Pilothouse 26m, allowing her to cruise comfortably at 22 knots and reach a top speed of 26 knots. She will mainly be used to cruise the French Riviera and other favourite Mediterranean hotspots. 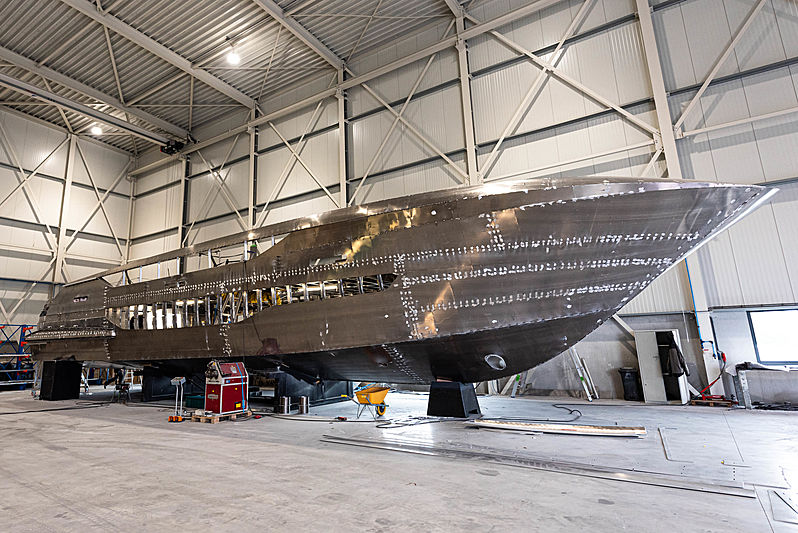 Photo: Van der ValkIn other Van der Valk news, the shipyard has announced the beginning of construction on its first hull of the Modern Yacht in its flybridge series, which it introduced at this year’s Cannes Yachting Festival. The 24-metre yacht is designed by Cor D. Rover and features floor-to-ceiling windows. The aluminium yacht features four spacious double staterooms and crew quarters. The modern flybridge will stand out for its ease of operation and will be propelled by triple Volvo Penta IPS1050 engines.