Much has been written about Tier III regulations and reducing nitrogen oxide emissions, but NOx emissions are only part of the drive towards the decarbonisation of shipping. Following the adoption and entry into force of the Paris Agreement on climate change, in 2016 the International Maritime Organization (IMO) outlined its own roadmap for a 50% reduction in greenhouse gas (GHG) emissions by 2050 compared to 2008 levels. 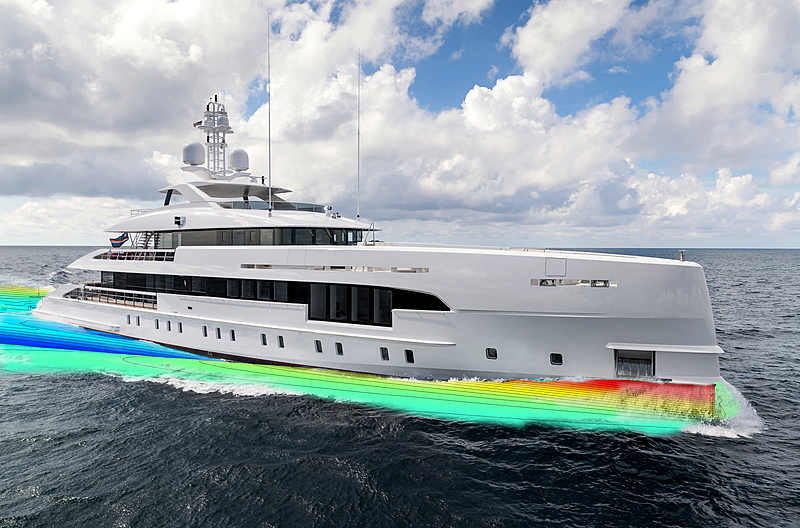 Photo: Jeff BrownThe yachting sector has so far been excluded from the strategy, but with a revision planned for spring 2023 and aware that the industry is under pressure to lead by example, Van Oossanen Naval Architects in the Netherlands was prompted to initiate an in-house research project to look into the eco-friendly yacht of the future.

“We named the project ‘The Yacht of 2030’ to stay in line with the objective of the Paris Agreement that aimed for a 40% reduction in CO2 emissions by 2030, rather than the IMO’s 50% in 2050,” says Perry van Oossanen, co-managing director of the eponymous studio. “In other words, we felt it was already possible to achieve a 40% or even 50% reduction by 2030.”

Fully electric yachts using renewable energy, such as hydrogen, are still a thing of the future, at least in terms of the infrastructure required to keep the yachts operational, so when van Oossanen looked into how much CO2 emissions could be reduced today, it based its analysis on technologies that are readily available, taking as its benchmark a steel displacement motor yacht of under 500GT from 2008. 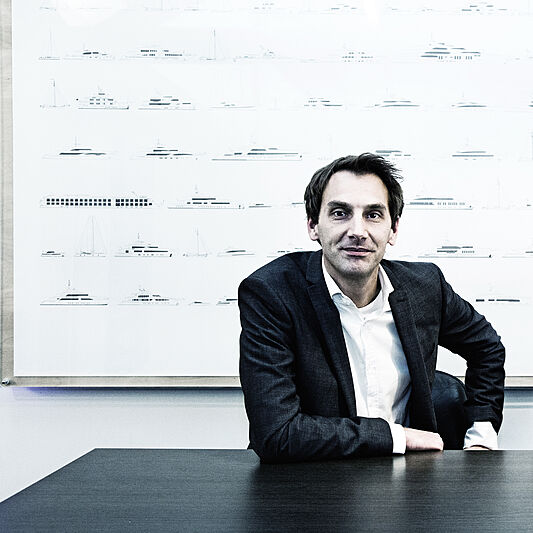 Photo: Van Oossanen Naval ArchitectsThe research proceeded by looking first at the auxiliary hotel loads, then the propulsion power demands, and finally making recommendations for a new vessel by drawing on data from the first two steps as well as reappraising the hull form, its dimensions and appendages. The end design was also compared to the benchmark yacht in terms of luxury, measured by the available interior area, as well as initial investment and running costs.

Emission rates depend on the amount of fossil fuel burned, so the first step was to define a typical operational profile. Using Marine Traffic data from 10 yachts of between 40 and 60 metres in length, six average operational modes – cruising, crossing, maximum speed, manoeuvring, at anchor and in port – were established.

Not surprisingly, the results showed that a typical superyacht spends most of the time either in port or at anchor. Discounting the periods spent in port, when it can be assumed yachts are on shore power, the modes with the biggest impact in terms of CO2 emissions are cruising, crossing and at anchor. The fact that only auxiliary hotel power is used at anchor suggests that reducing generator loads in this mode would have a significant effect on overall emissions in an eco-friendly superyacht concept.

Photo: SuperYacht Times “We analysed the electric load balance of the benchmark design to identify the heavy consumers and by far the biggest in all modes was the HVAC system,” says van Oossanen. “Working with suppliers such as Isoclima and Heinen & Hopman, we looked into cutting heat absorption on sunny days in order to reduce the AC loads and energy consumption, and then at introducing more efficient equipment to further reduce the power demands.”

By looking at the type of glass used for better solar protection and increasing the superstructure overhangs for more shade, heat absorption can easily be reduced. In terms of equipment, an AC unit with a heat wheel exchanger was introduced that pre-conditions the incoming air through the out-going air. This requires a larger and heavier system, but because less cooling is required a smaller and more power efficient chiller unit can be fitted. 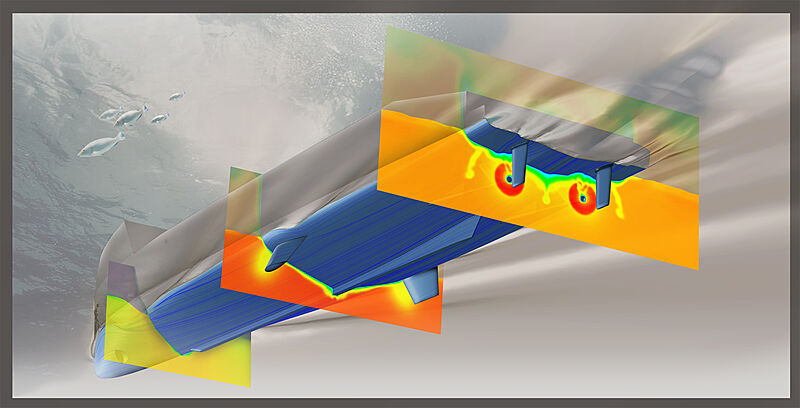 Photo: Van Oossanen Naval ArchitectsChanges to the HVAC system alone resulted in a 13% saving in electric power.  When incremental upgrades were also made to the steering, stabilising, lighting and boiler systems, it was possible to reduce the overall auxiliary power demand by 33%.

When it came to investigating ways of reducing CO2 emissions by improving the efficiency of the propulsion configuration, conventional diesel power plants were compared with diesel-electric and hybrid systems.

“We discounted diesel-electric systems quite quickly because they are costly and you lose too much energy in the conversion,” says van Oossanen. “A well-designed hybrid configuration, on the other hand, provides some gains, although very small, because of the possibility of combining engine and generator power to achieve the most efficient loading and fuel consumption in Power Take-In (PTI) and Power Take-Off (PTO) modes.”

The studio has further integrated the FDHF into its XL hull concept, which instead of prioritising volume over length aims to optimise length within a given gross tonnage for optimal speed, range and comfort.“Basically, we’ve changed what we always get asked by clients,” says van Oossanen.  “Instead of them saying they want a 50-metre yacht and a top speed of 16 knots, we ask them how many guests they want, where they want to go and how much time they want to spend getting there, and then tell them the optimal main dimensions to do this efficiently and comfortably. Often this results in a yacht that is approximately 10% longer than a conventional hull.”

The benchmark steel hull was also replaced with an aluminium one, which meant a reduction in displacement of approximately 150 tons and less hydrodynamic resistance. Finally, installing a Hull Vane under the transom to increase lift helped reduce resistance still further. Combining all these measures resulted in 51.4% fewer emissions at cruising speed, the operational mode that has the biggest impact in terms of emissions.

In conclusion, the study showed that by using only proven and available technology to reduce the energy demands of the auxiliary and propulsion systems, and combining these savings with a more efficient hull design and power plant configuration, annual CO2 emissions could be cut by approximately 41% in this new, eco-friendly yacht concept. Given the pace of technological progress today, this would suggest it is highly possible to achieve the IMO’s aim of a 50% reduction, certainly by 2050 and possibly by 2030. Furthermore, the research revealed that although the initial investment increases, the running costs are lower, which means there is also a sensible payback period.

“Some of the improvements we looked into rely on very simple systems, such as occupancy-based lighting and AC that detects when no one is in a room and switches off the lights and air conditioning,” says van Oossanen. “However, in our experience the majority of shipyards are only actively researching these things when specifically asked by a client. If the superyacht industry is serious about reducing emissions, much more can be done now without having to wait for new developments.”