Leading up to her launch, Heesen Yachts recently held a private christening ceremony for the owner of the 50-metre project Alba during which the vessel was officially named VanTom. 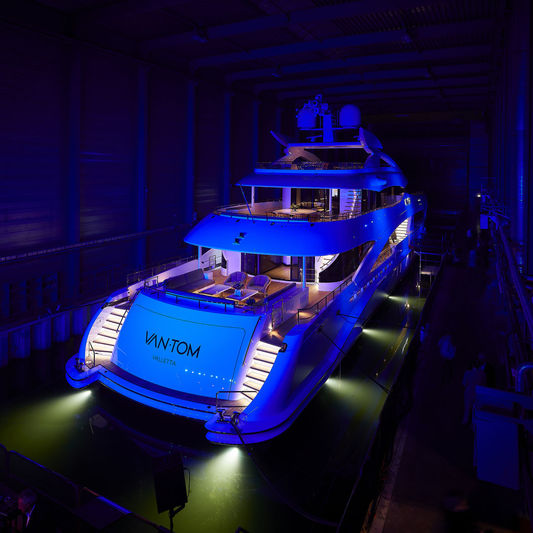 Photo: Dick Holthuis
The project began taking shape in the summer of 2015 which started under speculation and was sold to her owner six months later in December, with Arne Ploch of Camper & Nicholsons representing the client.

VanTom’s signature raked exterior lines are the work of Omega Architects. Being his third collaboration with the Dutch shipyard, designer Francesco Paszkowksi worked with Margarita Casprini on the interior. 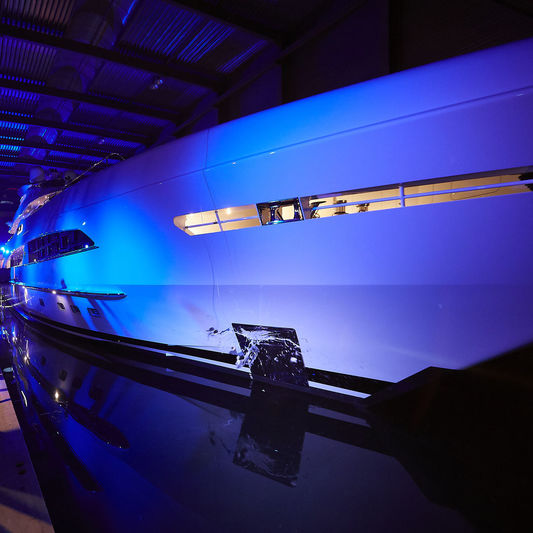 Photo: Dick Holthuis
Ahead of her delivery in January next year, VanTom will head out on sea trials where she is expected to reach a top speed of 23 knots.