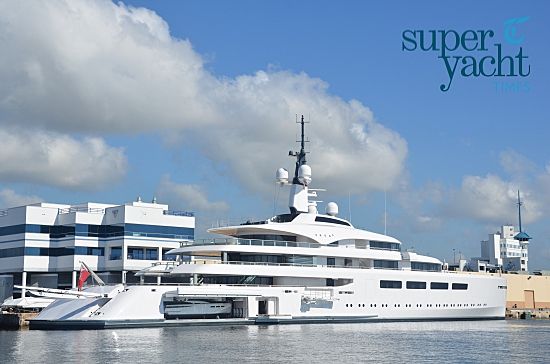 Seen earlier this year in Port Everglades in Florida is the 96 metre Vava II. She was completed by the British shipyard Devonport in 2012 to SOLAS-36 passenger ship standards. She is powered by two MTU 16V 4000 M71 engines as well as two MTU 12V 4000 M70 engines, providing her with a top speed of 19 knots and a cruising speed of 15 knots.

Vava II has recently undertaken a refit at the Dutch shipyard Amels, and arrived in the yard’s facilities in Vlissingen, the Netherlands in September 2014.