Veritais Ltd has completed a major audio-visual / IT refit on the 37m Couach 3700 M/Y Kadimo’s that included the supply and installation of what Veritais considers to be the leading Yacht Automation System for yachts in the 25 - 45 metre range. 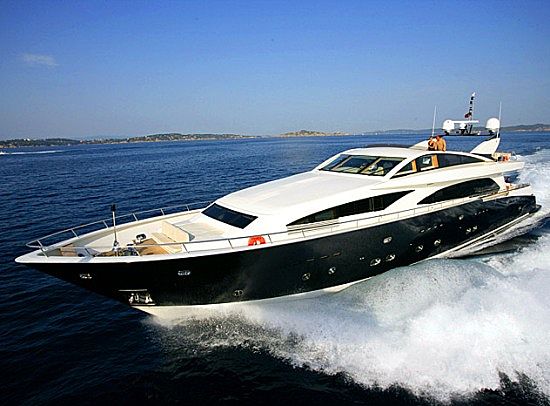 Based on the tried and tested Control4 platform, which is widely used across both domestic and industrial environments, the version supplied by Veritais is specifically adapted and programmed for use on board yachts. Veritais identified the Control4 platform as being particularly suitable for marine applications due to its simplicity to operate - unlike most other systems in this market segment it uses the same graphical user interface (GUI) across all the components and applications - and its ability to be scaled up or down to meet the requirements of almost any size of vessel.

Additional capabilities that made it attractive, apart from its ability to provide comprehensive, boat-wide control of entertainment functions, include its capacity to manage heating, air conditioning, CCTV and also integrate with security systems and HVAC systems. It also offers a range of automation options; for example those installed on MY Kadimo’s can open and close the blinds in the main saloon in reaction to the intensity of the external light. Control can be via both Apple iPod and iPad devices and conventional remote controls, as on MY Kadimo’s, or even from remote computers via a secure server.

The audio-visual installation on board M/Y Kadimo’s divides the yacht into 13 zones. At its core lie the Control4 main processor and a 4TB hard drive providing central storage for the music and movie library together with a one-touch disc ripping capability for Blu-ray discs, DVDs and CDs. All of the 13 zones can play audio and 10 of those can play video from both local sources or streamed from the central library. Dedicated iPads provide control for the saloon, owner’s suite and crew mess, with on-screen GUIs together with Zigbee remote controls operating the remaining ten areas. The external deck areas were also upgraded with professional amplifiers and performance water-resistant speakers.

Additional features included individual cabin amplifiers with an ‘Apple Airplay’ option that allows guests to stream music from their compatible Apple devices direct to a cabin / zone’s entertainment system, upgrades to the existing satellite receivers for HDMI input and the installation in the crew mess of a Mac mini-computer with superdrive for administering the media library. Integration with a cockpit mounted PTZ camera allows the crew fully visibility of the stern and dining area, alongside a fixed camera on the flybridge, both of which are viewable via the designated TV screens and the crew iPad. The two twin cabins also have Xbox 360 games consoles. As well as the AV system, Veritais re-worked the existing IT network system, and added a long range Wi-Fi hotspot receiver to the vessel with ‘easy to use’ intuitive software.

“We’re very pleased to be able to offer this to our customers,” said David Milner, managing director of Veritais Ltd. “We have succeeded in combining a versatile and dependable automation system with all the functionality that a yacht owner could desire, and its scalability makes it suitable for a wide range of craft. We expect to see strong demand.”

Captain Matt Callaway of M/Y Kadimo’s added, “Veritais provided the knowledge, skill and personal service we were looking for after an unsatisfactory experience with another marine audio visual company. They are friendly, efficient and passionate about providing the correct solution for a tricky retrofit installation.”