The Overmarine Group has just announced the sale of the third hull of their 45m Mangusta GranSport motor yacht line, she is currently known as Project Sorrento. The 45-metre model is part of the Mangusta GranSport range which also includes the 33-metre and 54-metre models. As with the entire range, her exterior lines have been penned by Alberto Mancini. 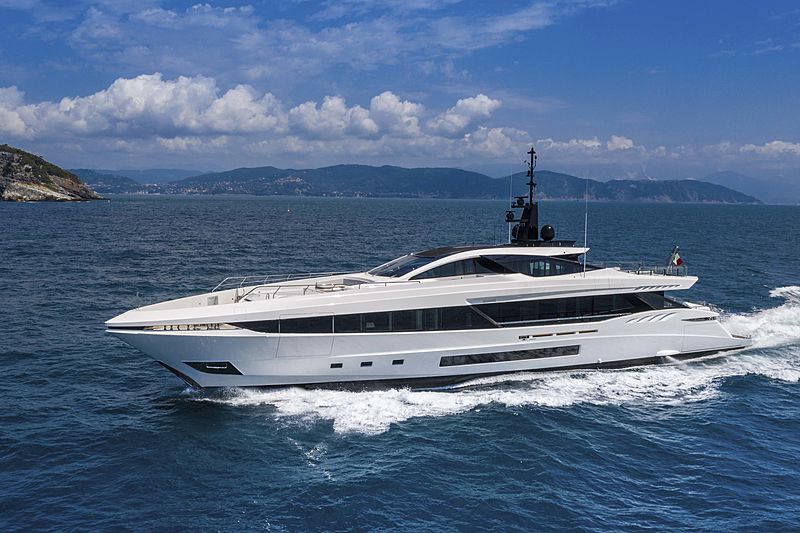 Photo: Overmarine GroupHer interior features include floor-to-ceiling windows in the shared spaces, while the upper deck saloon can be customised as a cinema, sky lounge or dining space, leading out onto the open sundeck. To the bow can be found a Jacuzzi pool with a waterfall. 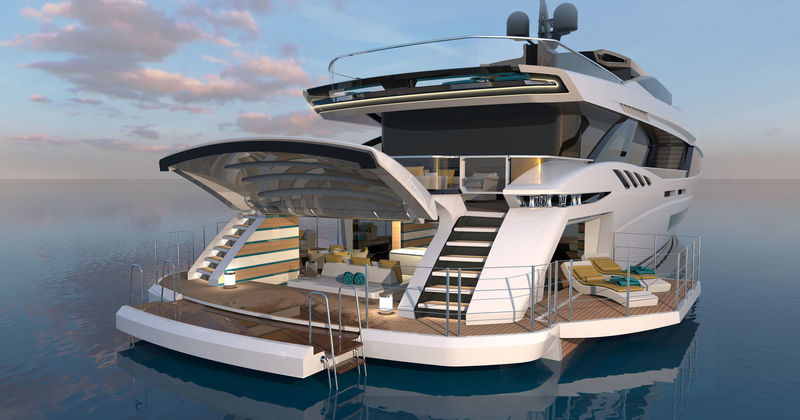 The masters suite, situated on the main deck, features a fold out terrace that can be operated independently by the owner, while an additional four staterooms can be found on the lower deck. In addition, there is a beach deck with convertible terraces offering 69 square-metres of lounging and sunbathing deck.

The owner of the to-be built yacht is a current Mangusta owner, and CEO Maurizio Balducci commented, “We can't wait to start working side by side with the owner to design and build his yacht to his own taste and requirements.” This latest news follows the announcement in January of the launch of the Mangusta GranSport 45-metre Project Amalfi.

The aluminium motor yacht features a Fast Displacement Hull design, which has been optimised by engineering from Ausonio in collaboration with Overmarine. The yacht has two 2600 horsepower MTU engines, with two propellers and a central water jet for top speeds of up to 26 knots. The motor yacht will have a transatlantic range at her cruising speed of 10-12 knots.

The yacht is set to be delivered in the summer of 2022, and work has also recently begun on the third hull of Mangusta GranSport 54 line, currently known as Project Positano, which is due for delivery in May 2023.