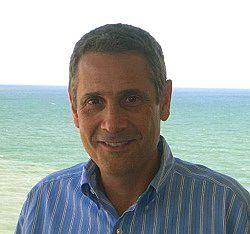 Ron Morgenstein has been an established and successful Fort Lauderdale yacht broker since 1987. A water enthusiast all his life, he spent his childhood in New York spending every spare moment in or on the water. At age 12 his family moved to south Florida, where over the years he pursued his passion for power boating, sailing, snorkeling and SCUBA. At age 17, he attended an exclusive oceanography school at the prestigious St. George’s School in Newport, Rhode Island. Later, while attending Tulane University he was a sailing instructor. After graduation, he moved to Los Angeles and became a successful data processing consultant, and as soon as he could afford it he found an old Olympic class racing sloop and skippered her every chance he got. He also obtained his Captain’s license.

He soon missed his Florida roots and returned to Fort Lauderdale to do what he always seemed destined to do: turn his avocation into his occupation. Having traveled extensively throughout Europe—Holland, Germany, U.K., Portugal, Malta, Monaco, France, Italy, Greece, as well the new yachting hot spot Croatia—he has a comprehensive appreciation for the international aspects of the yachting lifestyle. His philosophy in dealing with his clients is to gain a thorough understanding of their needs, give them complete exposure to the marketplace, and leave no stone unturned in representing their interests.

He has been a long standing member of the Florida Yacht Brokers Association and adheres to a strict code of professional ethics. He lives on the beach with his wife Danijela.