Last week Viareggio SuperYachts launched the 62 metre Roma. Following the launch of Candyscape II at the end of 2008, Roma is the second VSY 62 and second new-build for this new Viareggio based shipyard. 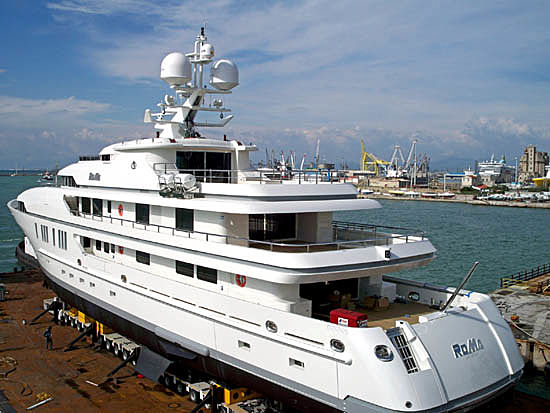 Roma has a steel hull and aluminum superstructure and is being built to meet strictest environmental standards as witnessed by its “ES” certification by ABS (Environmental Safety), the first ever issued by ABS for a superyacht. 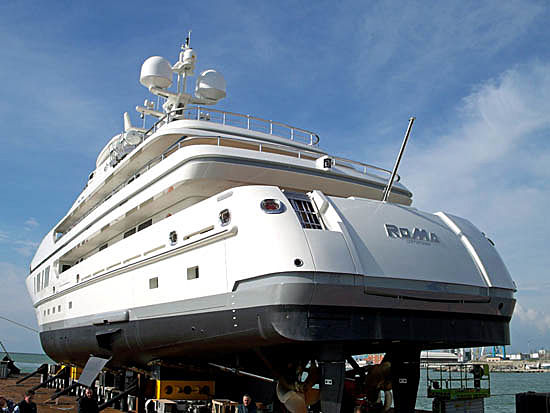 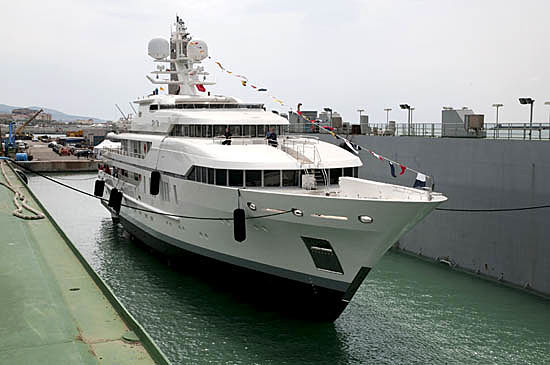 The VSY 62 has a voluminous interior and an even larger exterior. Her accommodations for guests are beautifully executed and arranged with a VIP stateroom on the bridge deck and three large staterooms on the main deck level. The master suite is up and forward on the main deck level with panoramic views over 270 degrees forward. The sixth guest stateroom is below to starboard. 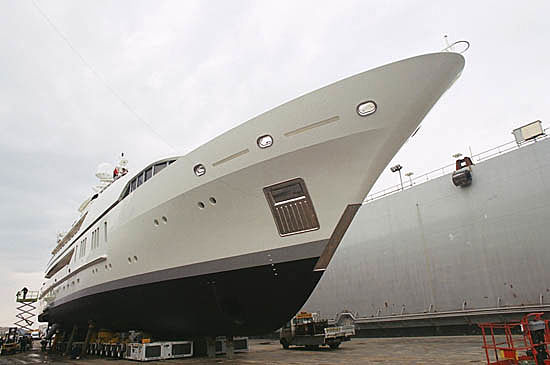 The crew quarters include eight double cabins below and the Captain’s cabin behind the bridge. This makes for a total crew compliment of 16 – 18 on board.

The VSY 62 Roma is listed for sale by Bill Sanderson of Camper & Nicholsons International, asking EU 59,500,000.