The great performance by the Wally Genie, early in October, proved both indisputable and spectacular in Group 2 of the highly exclusive Wally fleet during Les Voiles de Saint Tropez 2012. The Prince Charles de Bourbon-Siciles’ yacht, one of the oldest of the Wally fleet given her launch in 1995, dominated proceedings after 8 races were run alongside the equally high-performance Dark Shadow, Ryokan and Sensei. 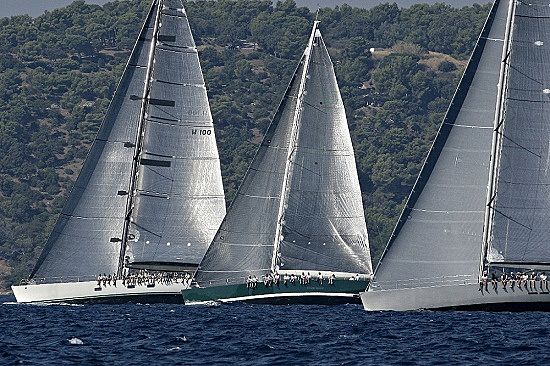 With victory in three races and two second places, Genie displayed fantastic potential and revealed a crew with great complementarity and great cohesion, grouped around her owner-helmsman. This first major victory for the ocean-green Wally at Les Voiles de Saint Tropez is the fruit of a two-pronged plan of attack; that of sailing with the utmost professionalism and with a mindset coloured by the relaxed, enthusiastic spirit of Les Voiles. They pulled off this challenge to perfection thanks to the talents of the 18-strong crew in a performance driven by an amazing afterguard including the pure match race specialist Damien Iehl and Jules Verne Trophy holder, Sébastien Audigane; a hard core from… the Mini 6.50 Class! 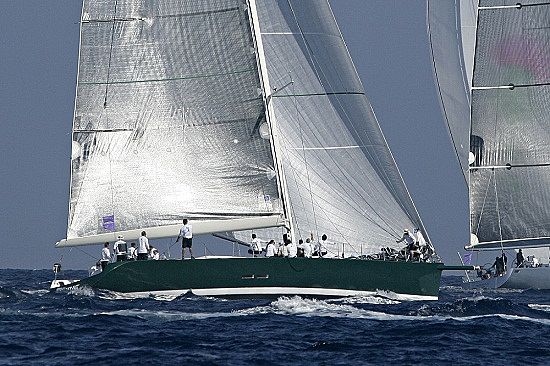 Charles de Bourbon-Siciles is a contented owner. To triumph in Saint Tropez is certainly a dream held by the several thousand racers, who flock to the magical race zone of Les Voiles each year. The large, futuristic Wallys are in a league of their own, racing against each other in their own ‘round’ set in front of Pampelonne. In this way they provide a unique, rare spectacle with their massive outlines and their remarkable aesthetics as they race with daggers drawn around the cans and between Cavalaire and Nioulargue during the coastal courses. 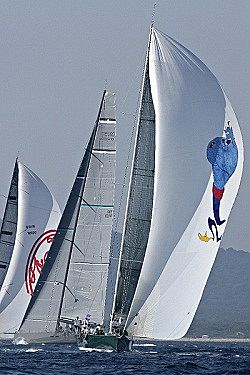 The setting for the 2012 edition of Les Voiles involved sunshine, a fine breeze and a very tame Mediterranean. The Wallys had an absolute field day as they competed in no less than 8 races from Monday through to Saturday. Genie kicked off the week with a 5th place.

However, under the iron rule of Damien Iehl, in brilliant form in his role of tactician, right next to helmsman Charles de Bourbon-Siciles (the Wally class rules dictate that the owner must helm his or her own yacht), the large green yacht steadily upped its game a little everyday to round off the week with three resounding victories.

“We were caught off guard during the first race,” admitted Charles de Bourbon-Siciles, after what proved to be a remarkable week in Saint Tropez. “However, the crew and Damien Iehl were excellent after that and all contributed to the result.” Match race specialist, Damien Iehl joined Genie just a year ago. “She’s a fabulous boat; one of the three most successful Wallys according to Luca Bassani himself, the inventor and architect of this truly specific class of modern super yachts. However finding the instructions for use isn’t easy,” Damien admits.

It may have been Nicolas Marchand, an offshore racer with a Transat Jacques Vabre and Mediterranean Class 40 record to his credit, who provided the necessary ingredients to trigger success. Manager of the yacht in question, he too has made the formative journey from the Class Mini and a participation in the 2005 Mini Transat 6.50. “The idea was to gather together a crew, which is both highly professional, but also knows how to race in the best possible humour, so as Les Voiles de Saint Tropez remains an enjoyable experience. Forming an afterguard with Mini sailors seemed to me to be the best possible recipe.” In this way, Rémi Beauvais (Mini Transat 2003) and François Cuinet (Mini Transat 2009) ended up joining forces in the very intense post of trimming in the pit. “Genie only has two winches,” explains Damien Iehl, “and during the big tacking and gybing manoeuvres, the men in the pit play a decisive role in triggering a sequence of operations…”

It was a post, which worked remarkably well throughout the week. “Damien Iehl, in charge of tactics, shone during the start phases and in the choices made regarding the position of the boat during the fiery face-offs against the fleet’s large craft” explains Nicolas Marchand. Indeed some of the Wallys exceed 30 metres in length. “Teaming up with Sébastien Audigane in the navigation, this after-deck duo really stood out” said Charles de Bourbon-Siciles and Nicolas Marchand in unison. “Part of this success was also down to another Mini sailor, bowman Clem Giraud, with Figaro sailor Yoann Richomme trimming, not to mention Rollo Parks of course, the boat’s British captain with a wealth of experience on large craft”.

“Itreally was a group success,” concludes Charles de Bourbon. “Damien was in top form and the whole crew raised their game to fall in step. It comes as a great satisfaction for those of us who have a deep love for Genie, to see her succeed at the highest level against the most modern craft.”