Last week, Damen successfully launched its first superyacht in a new SeaXplorer range of offroad luxury explorer yachts at its yard in Vlissingen, the Netherlands. Now undergoing final outfitting and harbour trials, the Damen 62m SeaXplorer will be put to rigorous tests out on the unforgiving North Sea before being handed over to her owner in early 2020.

Measuring 62 metres, the custom-designed SeaXplorer yacht has in-house naval architecture and features exterior lines by Azure Yacht Design. The owners chose Carlo Torre from Monaco Yacht Temptation for the vessel's interior design and the build is being supervised by the Fraser technical team. 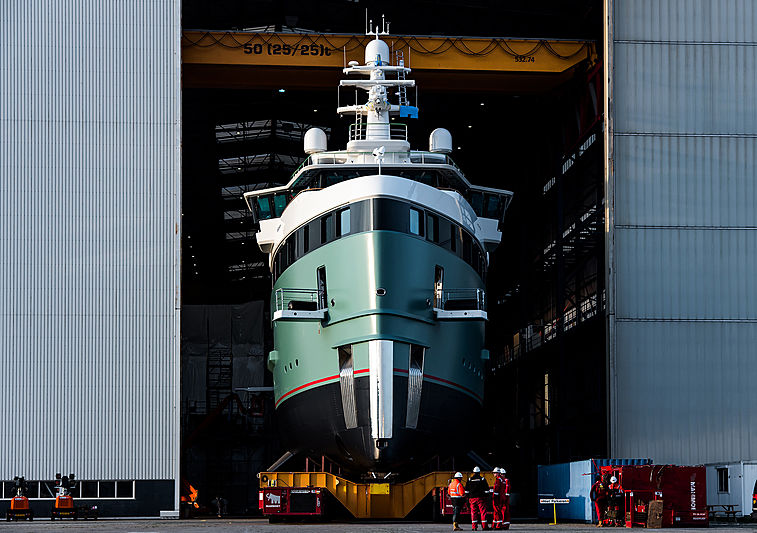 Power generation comes from a Siemens BlueDrive system with three variable speed generator sets and DC bus. The expedition vessel is designed to have an economical and environmentally friendly configuration and she is also equipped with electrical propulsion motors and a battery pack. In addition, the Polar Class yacht has expedition facilities for 30 days of autonomous travel, a helideck and helicopter hangar, two generous tender garages and a dive store. 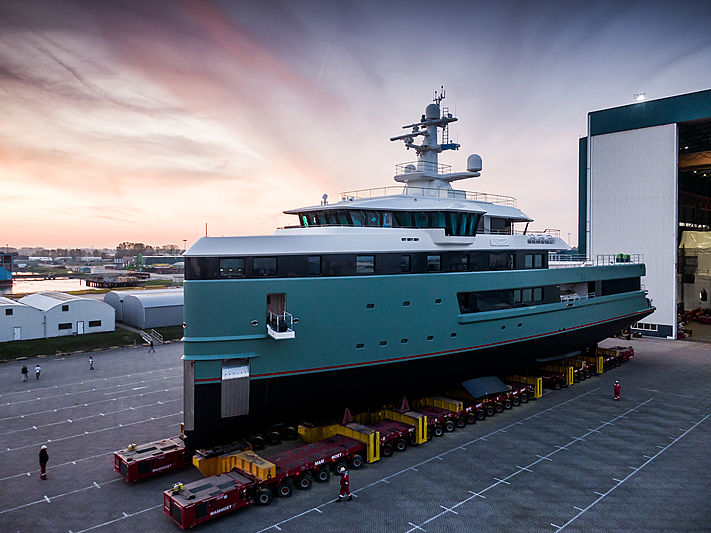 The SeaXplorer range was first introduced in 2015 as a collaboration between Damen's Research Laboratory, Azure Yacht Design and EYOS Expeditions, who offered up hundreds of operational design features based on their expedition experience.

The yard is currently building a second unit in the SeaXplorer range. The hull of the 77-metre La Datcha was launched in Romania this summer and will be completed at Damen's facilities in the Netherlands.