Exclusive drone footage captured yesterday showed Kleven’s hull 370, U116, conducting her first set of sea trials on the Norwegian Sea. The vessel is expected to be handed over to her owner in a rather commercial state where after she will be moved to Bremerhaven in Germany, where local sources report that preparations for her arrival already begun. Cosmetic outfitting will take place here as she is to be finished as a luxury expedition yacht.

U116 is being built for New Zealand businessman, Graeme Hart, who is also the man behind the 107-metre Ulysses. As sistership to Ulysses, U116 will essentially be a larger, more refined version of her 107-metre sibling once delivered next year. 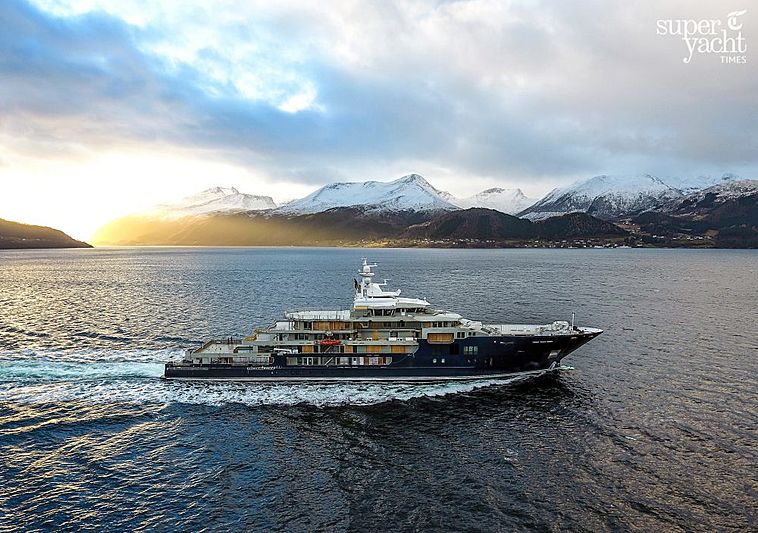 These images display a repeat of some of the features that have made Ulysses so unique, such as the large tender bay on her well deck area, aggressive expedition styling, and go-anywhere capabilities. New features will include a classic navy blue hull and large balconies on either side of the owner’s deck forward. 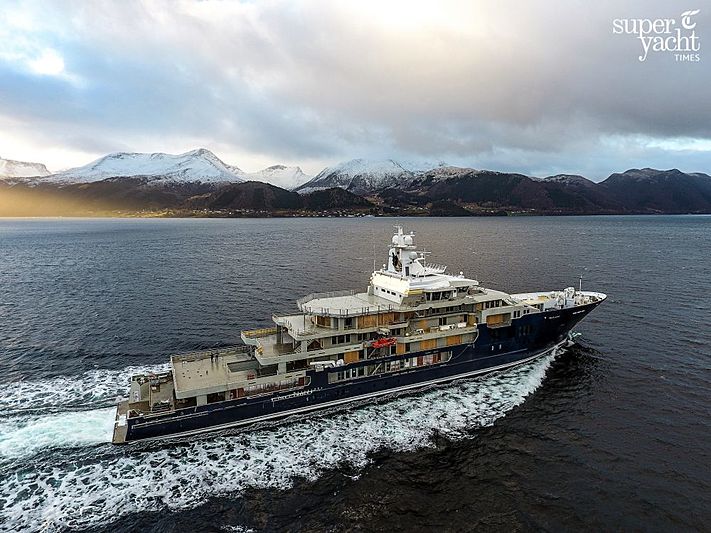 The team at Manta Maritime is once again overseeing the technical aspects of the project, with the designers at Oscar Mike in New Zealand and Marin Teknikk in Norway in charge of the naval architecture, styling, and layout of the vessel. The designer responsible for U116’s interior remains unknown, yet it has been confirmed that British design office H2 Yacht Design, who designed the interior onboard Ulysses, is not involved.