Superyacht Private Expeditions has recently posted the following remarkable video of the 45.7 metre superyachtVantagecruising with her support vessel, the 54 metreAd Vantage.Vantagewas designed by Nuvolari & Lenard and constructed by Palmer Johnson in 2010, and is part of the yard’s 150’ Super Sport Yacht Series.

The 53.25 metre Damen-built Ad Vantage was previously used as an offshore patrol vessel. She underwent an extensive transformation into a luxury support vessel which was completed at the end of last year in New Zealand based Oceania Marine. 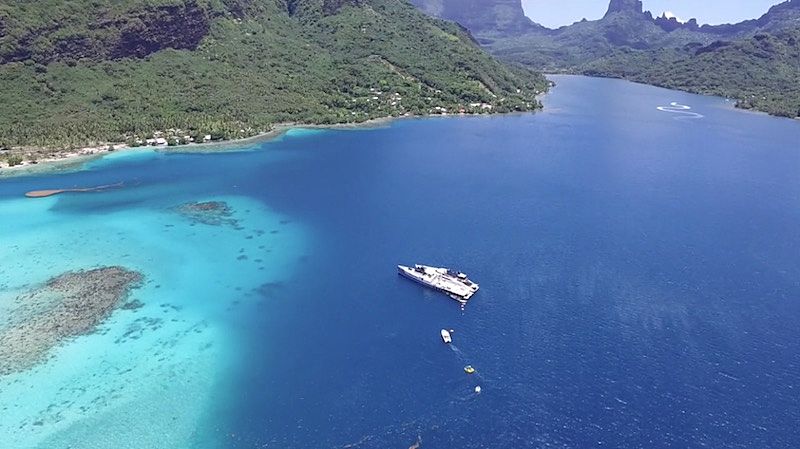 As part of her substantial reimagining, Ad Vantage’s purpose built interior for the carrying of 60+ crew members was removed and three new guest cabins, a captain’s cabin as well as a mess area and office was installed on the main deck. Below, the crew area and galley were stripped and upgraded whilst on the main deck, a new Bolidt synthetic deck was applied, a stern anchor fitted to the transom area and a submarine garage installed. 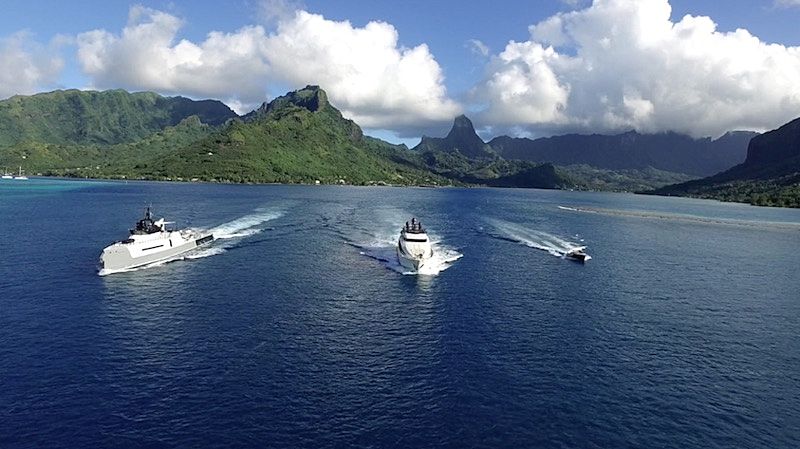 Ad Vantage’s mothership also underwent a refit at Oceania Marina in 2015, and was relaunched in May.