Turkish builder Sarp Yachts has been busy working on the first hull its new hybrid propulsion concept, the XSR 85. 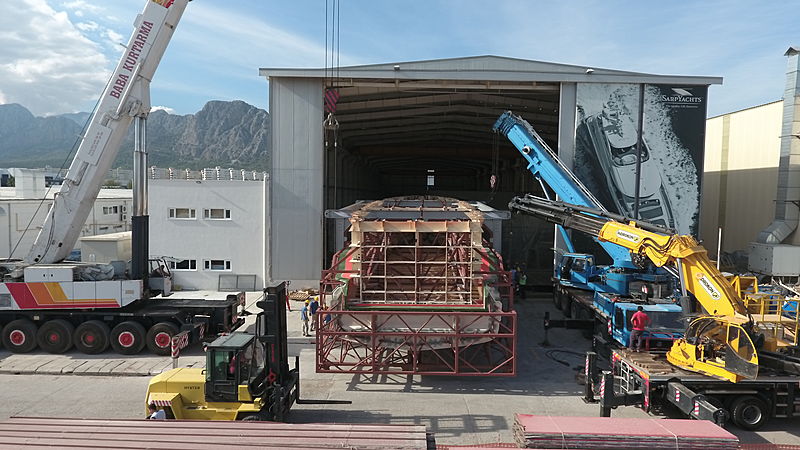 The 25.7-metre modern concept was first revealed to the public during the Monaco Yacht Show in 2017 and features a composite fast-displacement hull developed by Van Oossanen Naval Architects, with an exterior and interior by Red Yacht Design.  Construction on the first XSR 85 has been progressing on schedule. In the time-lapse video, Sarp Yachts shows the moving of the hull and mould of the first XSR 85 out of a shed at its production facility in Antalya. Construction on the second hull from the XSR 85 is also well underway, with both superyachts set for a 2019 delivery. 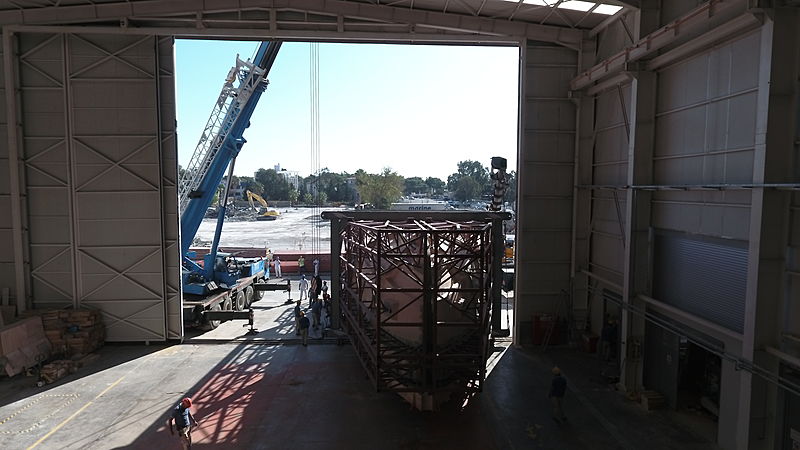 The XSR 85 was designed to integrate closed spaces with light and the external environment wherever possible. Living areas feature full floor to ceiling windows to offer plenty of natural light, while the sundeck includes a jacuzzi, bar and spacious sunbathing area to maximise outdoor relaxation. 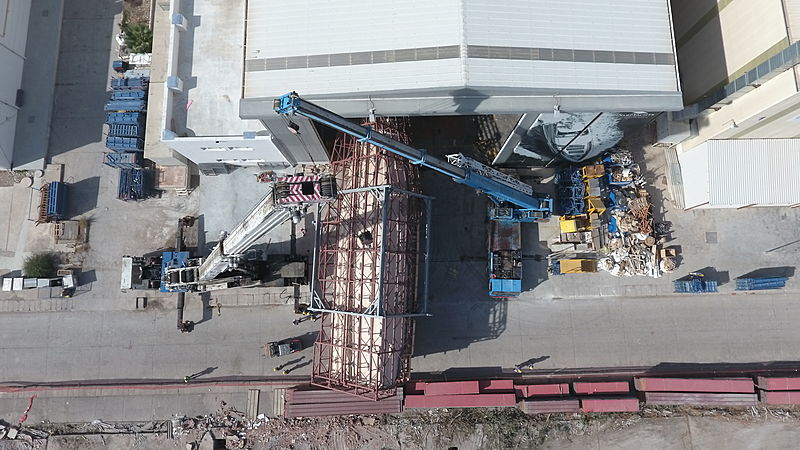 The XSR 85 can accommodate up to eight guests in four cabins, including a full-beam owner cabin with his and her bathrooms, a VIP Cabin with ensuite bathroom and two twin guest cabins, as well as four crew members, 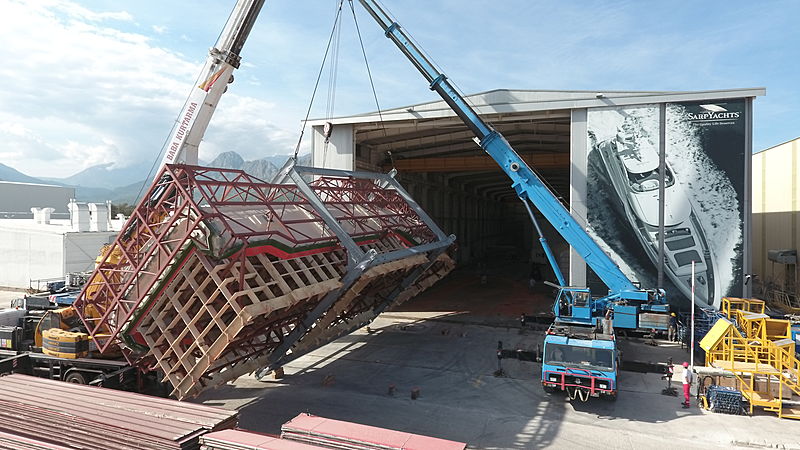 Featuring a hybrid propulsion system, the XSR 85 will be powered by twin 1000 bhp MAN Diesel engines and two 50 kW electric engines, giving her a maximum speed of 25 knots. At a cruising speed of 12 knots, she has a range of 1,150 nm.