Vilanova Grand Marina – Barcelona have launched a sensational commercial campaign for winter season. Following the great acceptance of its previous promotion, the marina offers free mooring days, depending on the length of the stay, to those superyachts that choose to moor in its premises as from September. 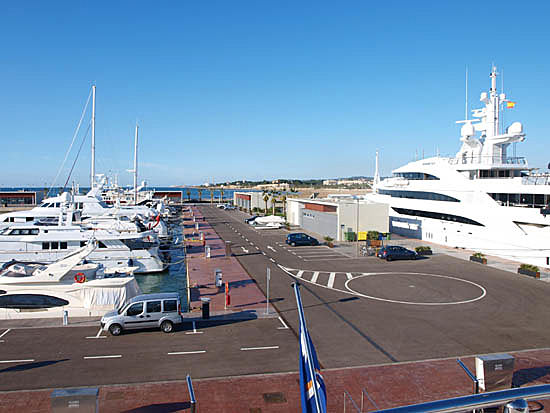 Hence Vilanova Grand Marina – Barcelona continues to focus its efforts in promoting the marina and its facilities, with the aim of strengthening its position as reference point for superyachts in the Mediterranean. After fifteen months of activity, the marina has exceeded expectations in terms of occupancy and hopes to reach 70% occupancy during next winter.

Ignacio Erroz, General Manager of Vilanvoa Grand Marina - Barcelona, comments: “occupancy levels show the good acceptance that our marina enjoys within the superyachts market. This is the result not only of these kind of commercial campaigns, but also of the word of mouth generated amongst captains and crews, generally highly satisfied after their stay in the marina. We will keep on working to consolidate our position in the market, and striving to exceed our customers’ expectations”.

As part of its business strategy, Vilanova Grand Marina – Barcelona will be attending again for the third consecutive year, the Monaco Yacht Show that will be held from 22nd to 25th September.